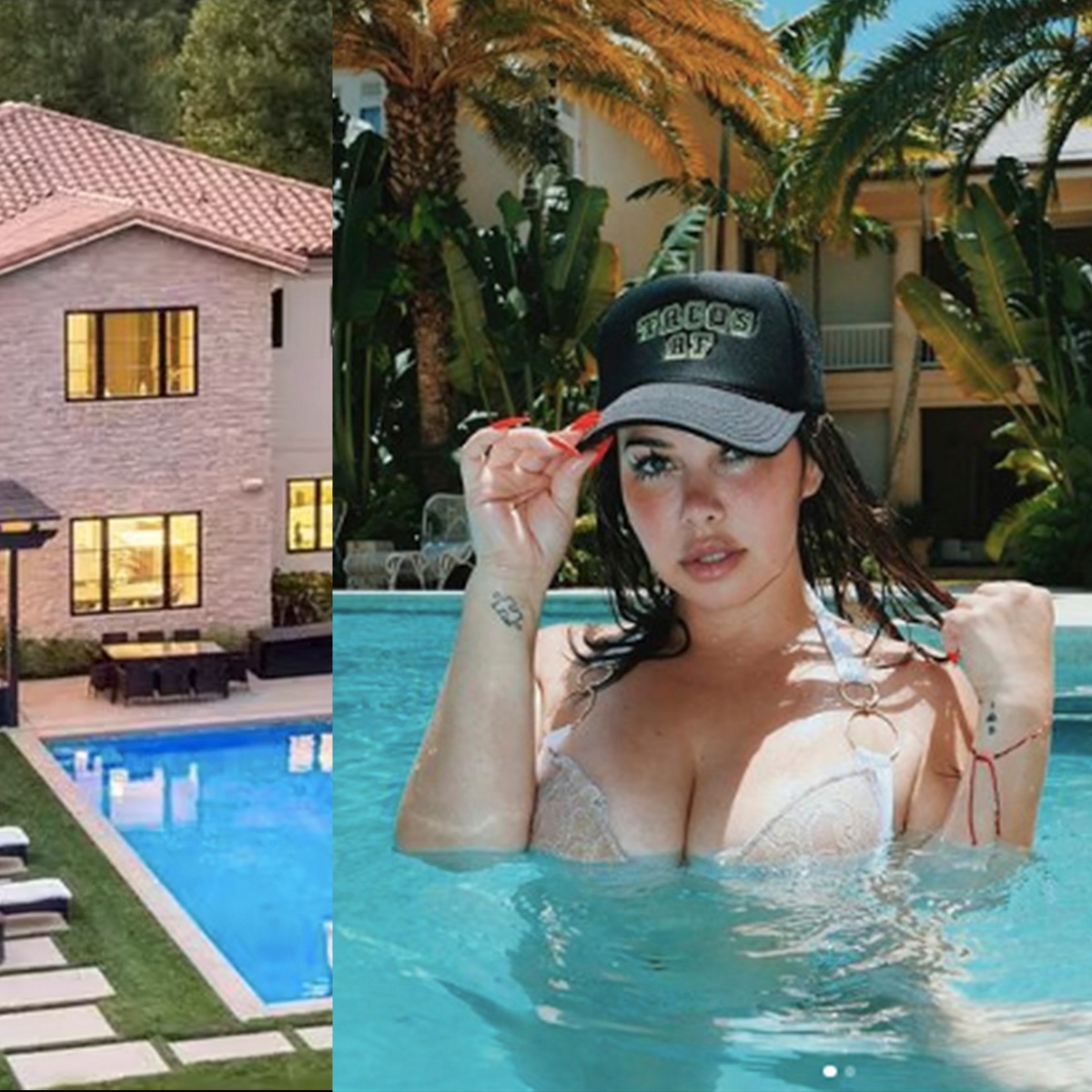 Amidst the controversy surrounding her family life, it was revealed that Chiquis Rivera purchased a spectacular mansion in Chatsworth, Los Angeles, California.

According to media reports, the eldest daughter of the late Jenni Rivera purchased the mansion for $3.2 million last November. Still, it is only now that the buyer’s identity has been revealed.

It was announced that Chiquis Rivera acquired a fabulous property in Chatsworth, in Los Angeles, California, a couple of months ago. This is not the only mansion Chiquis owns in California.

The mansion, with minimalist architecture, was acquired for $3.2 million. The property has 5,685 square feet of construction, and in total, with the garden and parking, 89,288 square feet.

The house has a swimming pool, a terrace, and several amenities in the garden, such as a Jacuzzi and a sunbathing area.

Next to the pool, there is a lounging area with a wooden pergola and comfortable armchairs.

The living room has a double-height ceiling and large windows, through which a lot of light enters, making this room a well-lit area.

The kitchen is well equipped. It has a breakfast island and off-white cabinets.

The master bedroom has a large walk-in closet, ideal for Chiquis, a fashion lover.