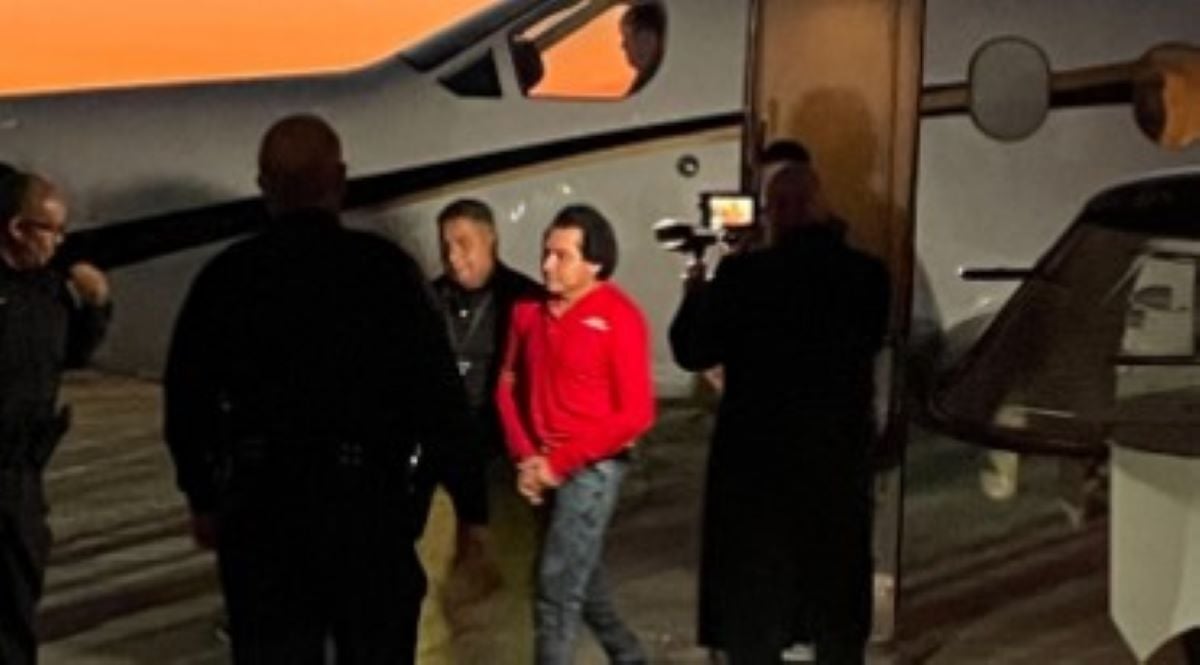 Three days later Rosales was arrested in Mexico and upon arriving in Houston from Del Rio, Texas, the defendant was handcuffed with the handcuffs of the officer he allegedly killed.

Rosales was transferred to Houston this Wednesday afternoon, guarded by Houston Police investigators who traveled to Del Río after the defendant was captured in Mexican territory.

Harris County Precinct 4 Police Chief Mark Hermann shared photos of Rosales’ arrival at Hooks Airport Wednesday night and where the suspected killer can be seen handcuffed with Galloway’s handcuffs walking toward a patrol car would transfer them to the Harris County Jail.

Authorities released details about the arrest of the man accused of gunning down Galloway in southwest Houston.

Rosales was arrested this Wednesday by federal agents in Mexico. The suspect apparently fled Houston shortly after he shot the officer.

Rosales faces charges of aggravated homicide after shooting the police officer on Beechnut Street with an assault rifle, according to Houston Police.

The defendant fled and was found by US Marshal’s agents.

Authorities reported that after resolving some immigration issues they were able to transfer Rosales to Houston.

The defendant had managed to cross into Mexican territory. Rosales’ arrest occurred in Ciudad Acuña, Coahuila, 350 miles from Houston.

In the first photos distributed to the media, Rosales is seen in handcuffs and guarded by Mexican police and US agents.

On Tuesday, more details were released of the attack that cost the life of the Police District 5 officer and who had ordered the vehicle in which Rosales was traveling to stop after allegedly committing a traffic violation.

The events and the attack were recorded on Officer Galloway’s body camera and on that of the police patrol.

In the indictment against Rosales, it was reported that the shots were clearly fired at the officer through the windshield.

The officer received several bullets, one of which hit him in the face on the left side.

The Toyota Avalon car in which the suspect was traveling is in the name of his sentimental partner Reina Pereira Márquez -for 17 years-, according to investigators.

In the statement that Pereira Márquez gave to the authorities, Rosales arrived at the house they shared and left his truck and took the Toyota Avalon. Before leaving, he took out two long-range weapons from a safe deposit box and said that he was going hunting with some friends.

The Toyota Avalon vehicle was found the next day in the parking lot of an apartment complex in the southwest of the city where Rosales’ brother-in-law, Mauricio Pereira Márquez, lives.

When the officers arrived at the scene, they realized that the pair of brothers was cleaning the vehicle and removing objects that were inside it.

For this reason, they face charges of tampering with evidence.