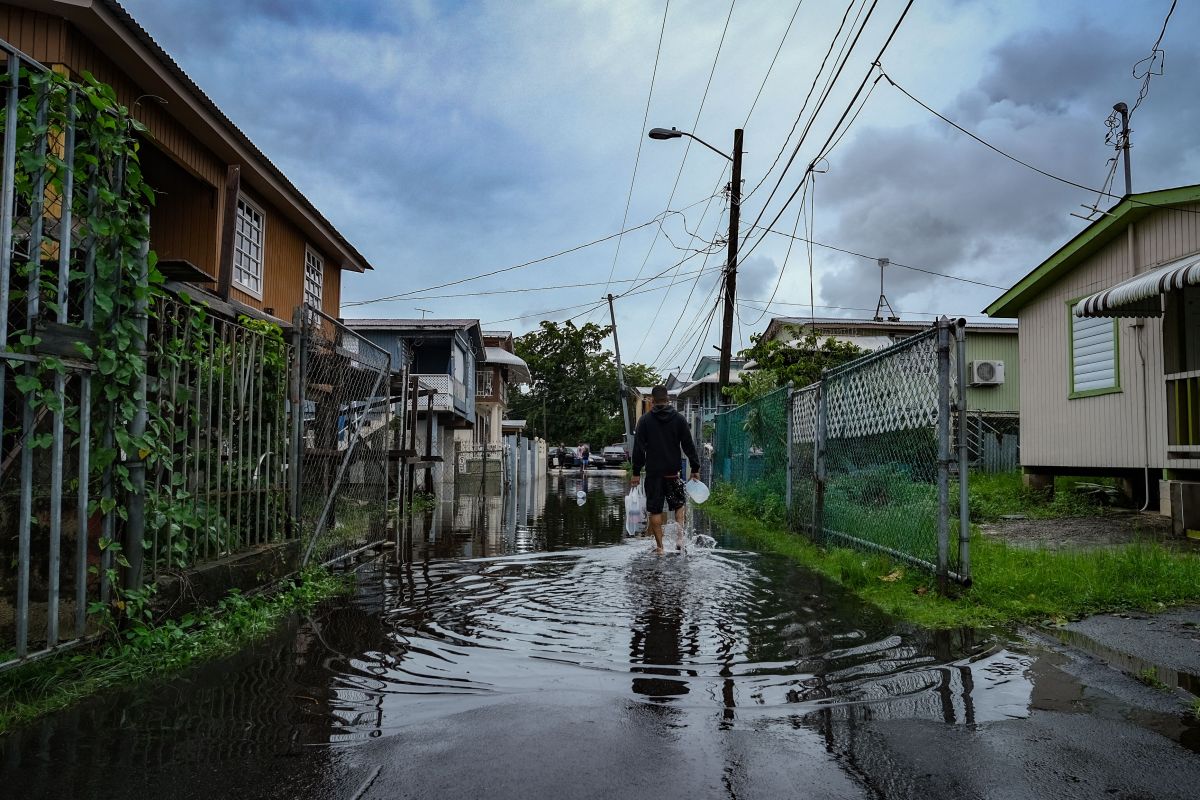 In towns like Caguas, in the central-eastern region of Puerto Rico, drivers made long lines since Tuesday to get water from a tanker, after Hurricane Fiona caused breakdowns that until yesterday afternoon kept 70% of the population without the service.

The most updated report this morning by the Puerto Rico Aqueduct and Sewer Authority (PRASA) indicates that 437,657 or 32.96% of customers were without the service; while 890,083 or 67.04% had drinking water.

Emayra Veguilla was one of the Puerto Ricans who had to stand in line on Tuesday for hours before being told he had to return for the precious liquid the next day.

Some of the residents who were in front of Veguilla could not stand the wait and left of the line, according to the Associated Press report.

Some lost patience and shouted, ‘Move over’, to others who seemed to want to get ahead of the line.

The same news agency captured images of Puerto Ricans filling plastic containers with water that came down from a small creek through a bamboo pipe improvised on the side of a road.

Greg Reyes, an English teacher, arrived in the area with his girlfriend and a cat. He arrived with a bag full of all the containers that he found in his house. He reported that they had been buying water ever since Fiona started hitting the islandso that they can no longer spend more on that essential item.

William Rodríguez, who returned to the island from Massachusetts six months ago, was another of those who could not stand the wait and abandoned the mission.

“I think I’m going again,” said the retiree about his decision to return to Puerto Rico.

The need for water was also highlighted by the mayor of Jayuya, in the central area of ​​the island.

Jorge González told El Nuevo Día yesterday morning that they are waiting for bottled water and other supplies in the municipality.

“No tank trucks have arrived. It is urgent. Bottled water was also requested, but it has not arrived,” González told El Nuevo Día by telephone. “Right now I am in the Jayuya neighborhood below and they have arrived. relatives of bedridden people asking for water“, he declared.

“Many of us are bathing in the creek“added the mayor.

The central government has indicated that the delivery of supplies must be requested by the mayors by filling out a form on an online platform or by calling the Emergency Management Bureau (NMEAD) directly.

Added to the above are the inconveniences of the state authorities to access the most mountainous areas of the country due to landslides and impassable roads.

After Hurricane Fiona, congressmen in Washington DC and even the attorney general of NY are launched against LUMA Energy for delays in repairs to the electrical system in Puerto Rico