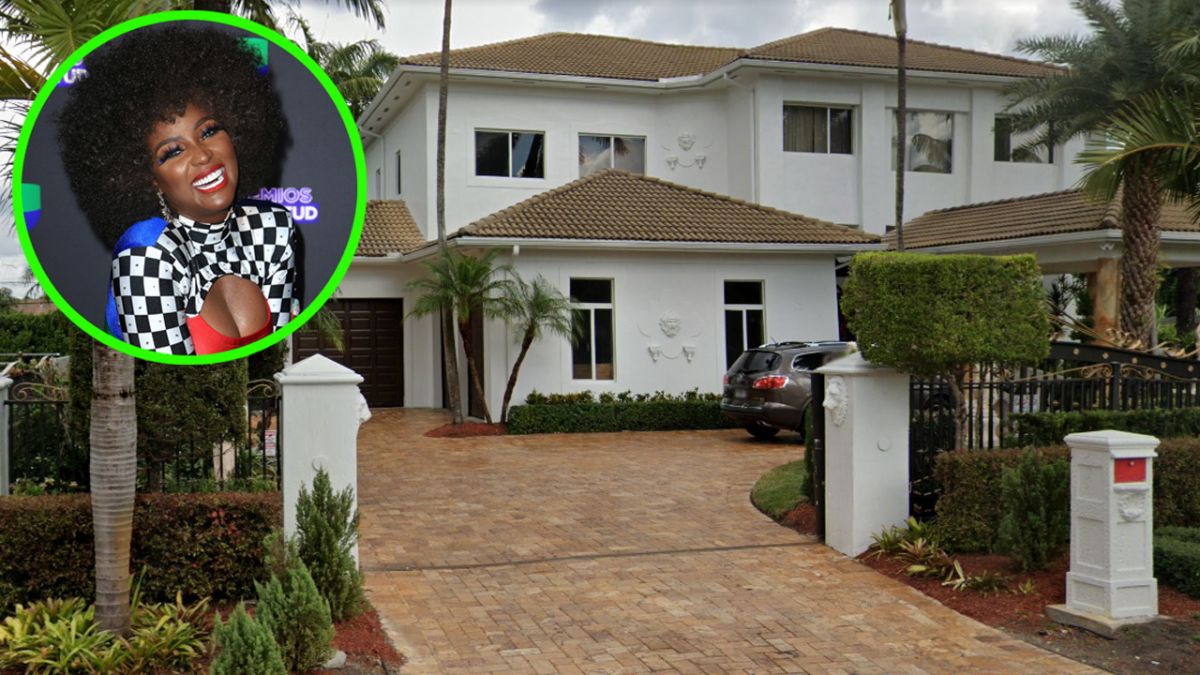 One more season of the successful reality show ‘Nuestra Belleza Latina’ will hit the Univision screen on September 26, a project that will have the participation of Amara La Negra as host.

Diana Danelys de los Santos on her real name, also a singer and an actress, 30 years old, began her career in the media during the program ‘Sábado Gigante’, when she was only four years old.

After several years of cleaning houses, selling flowers in the street, dancing for Celia Cruz and Tito Puente, being member of the group ‘Amara’, doing solo performances, acting in series and movies, finally, in 2019, Amara he fulfilled her dream of buying a house for her mother, Doña Ana María Oleaga.

The residence, which was defined as a mansion, was on “pending” status for a while in her life, so when the opportunity to buy it showed up, she did not hesitate to shout her achievement from the rooftops.

“Mommy, welcome to your home. To our new home. Nothing feels better than knowing that I bought it thanks to my work, discipline and sacrifice. My first little house or, rather, mansion with seven bedrooms and six bathrooms. Everything for her, she is my greatest illusion, she motivates me to continue achieving my goals ”, published the celebrity of Dominican origin, on May 8, 2019, on her Instagram account.

Her post was accompanied by a photo gallery in which she showed various corners of her two-story house, which drew attention for its brown and orange facade, for its tiled roof, for its garage and for its garden domed by several palm trees

Although the color combination was very attractive, Amara and her mother chose to apply a radical twist to the decoration of their home, so after a few months they decided to paint the facade white and the columns in gold tones, thus giving it a touch of elegance to the imposing mansion.

If the facade is spectacular, the interior is even more so, since the house was decorated with antique furniture that makes us go back, for an instant, to the interior of a palace or castle.

The furniture stands out for its golden tones with wine, a combination that is also present on the walls of some of its rooms.

The garden, which attracts attention for its statues, its fountains, its “koi” pond, its barbecue area and its green areas, is one of Doña Ana María’s favorite places, so she does not skimp on expenses when it comes about fixing it and leaving it as if it were a real carpet.

The original price of the house was $ 899,000 dollars, so the two women of Dominican origin made a great business and a better deal.

There is no doubt that one’s will is powerful, demonstrated by the great achievements that Amara La Negra has managed to pull of in her 30 years of life.

To see more images of the house, click here.