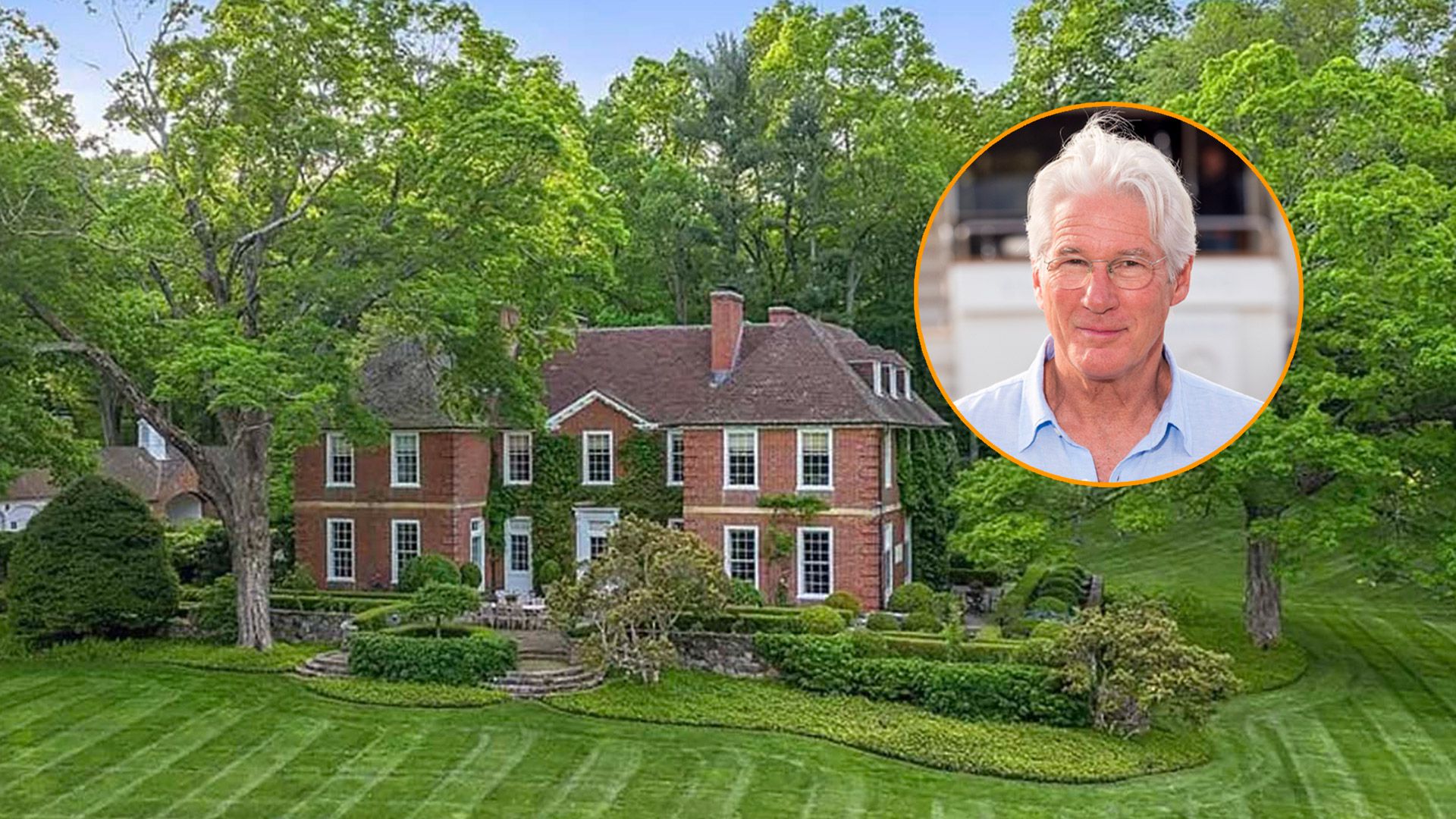 Richard Gere has put his New York mansion up for sale for $28 million.

After more than two decades living there, the American actor Richard Gere put up for sale his impressive mansion located in upstate New York. The eternal Hollywood heartthrob asks for his picturesque property the sum of $28,000,000.

The mansion spread on three stories, eight bedrooms and nine bathrooms in which the actor lived since 2000 is located in Pound Ridge, an hour from Manhattan, and has large windows, kitchen, dining room, stable, pond, pool, barn and even a professional-size football field in a wooded area within the property, photos published by the newspaper show dirt, dedicated to the real estate business.

Made of five houses, this residence also has a private lake with sandy beach.

Despite all the attractions of the spectacular mansion, it has not yet been sold. The prospective buyer should know that your new home will cost an additional $220,000 a year in taxes.

The housing complex includes five independent houses that are distributed around the property, which the interpreter has been acquiring over the last ten years.

The spacious main mansion has three floors with up to 19 rooms. Eight of them are bedrooms and nine bathrooms, in addition to up to nine fireplaces and several dressing rooms, as can be read in the announcement of the real estate agency that manages the sale.

According to the real estate firm’s page, maintaining it costs just over 120 thousand dollars per month.

“The incredible natural attributes of the estate unfold as one enters the property. Every detail has been meticulously thought out and the estate’s five structures, stables and swimming pool are all perfectly located within the property, respecting its surroundings with an understated New England aesthetic”, indicates the real estate.

The newspaper recalls that in 2018 the 72-year-old actor married for the third time with the Spanish Alejandra Silva, with whom he has two children. Gere is also the father of a 21-year-old son, Homer, with ex-wife Carey Lowell, and Silva has a nine-year-old son from a previous marriage.

The actor has already moved with his wife and children to another luxurious residence in a adjoining town.

The Gere-Silva family moved to North Salem, to one “aristocratic Georgian mansion” red brick house built in the 1930s for an heir to one of America’s great family fortunes, according to dirt, for which they paid a year ago $9.8 million.

The couple later bought an adjoining piece of land, thus expanding their property to 14 hectares.