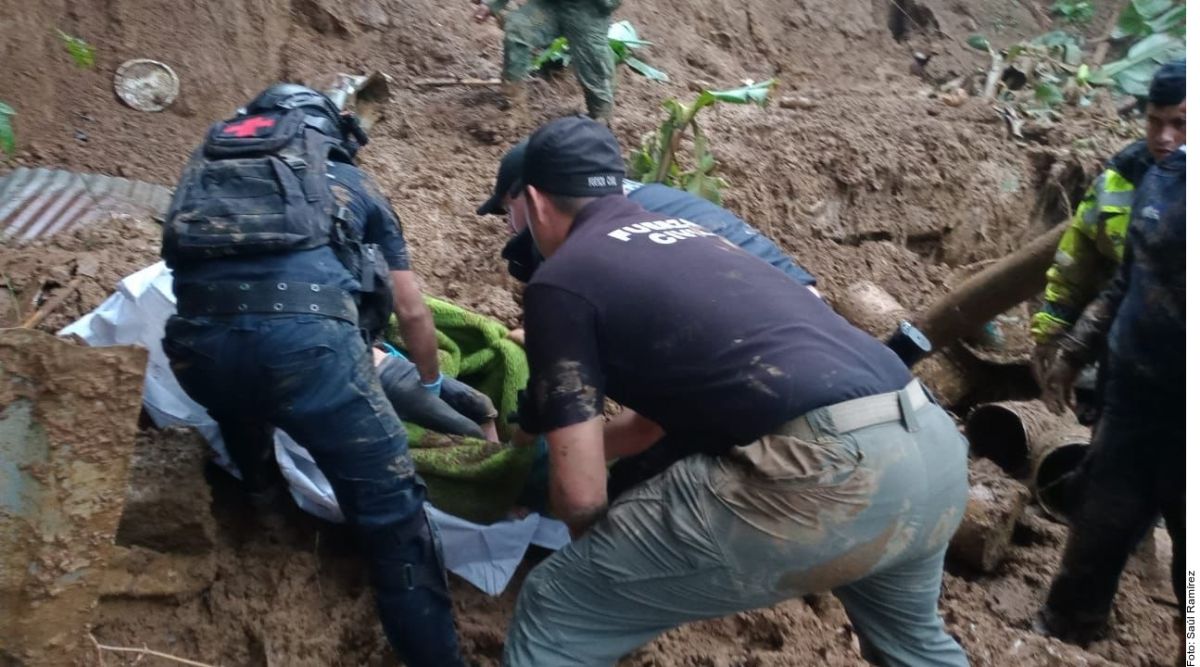 The tragedy struck Adam, a young man dedicated to the collection of old iron, who in a few moments he lost his wife and five of his children.

One more of his 7-year-olds was rescued by himself alive and taken to a hospital for medical attention.

· Read also: “They were buried”, a young mother and 5 of her children die from a landslide caused by “Grace”

“We took one out still aliveRight now (yesterday) he is in the hospital, they took him there, and the other five and my wife died ”, lamented the father, still with his hands full of dirt and his shoes muddy.

In addition, the man repeated over and over again that he did not have the resources to pay the expenses that were coming from his house, built with sheets, wood and some sheets that covered them from the cold and the rain, nothing was left.

The rains left by Hurricane “Grace” during their passage through Veracruz, in Mexico, they mourned a humble family in the municipality of Xalapa, where the landslide of a hill buried seven members, six of them minors, of the which five and his mother lost their lives.

· Read also: Family is found dead and buried in their own home; a 10-year-old girl among victims

The victims were identified as Dora Isabel Caballero Alarcón, 27 years old; Kevin, 9; Cristofer, 5; Axel Jair, 4; Aleza, 3, and María Fernanda, 15 days old, who were crushed by piles of mud when they slept in their humble house of sheets and wood, located in the Brisas del Ríos Sedeño neighborhood, in the capital of Veracruz, a risk area in which almost all the houses are on the slopes of hills .

Also read:  Half a million people will benefit from student loan forgiveness

Hearing the roar and screams of the young father, neighbors ran to Adam’s house to support him to take out the little ones and his wife.

Read also: They poison the whole family and shoot paramedics who were going to treat them

The rescue efforts were joined by elements of the Secretariat of Public Security, Civil Protection, the Army and the National Guard, who asked neighbors to vacate their homes and go to temporary shelters.

How could They pulled a 7-year-old boy out of the rubble, who was carried by police elements to an ambulance that rushed him to a hospital.

While the minor was being transferred, police and rescue personnel continued with the maneuvers at the home. They searched the mud for the other minors and their mother, who were finally found dead.

Also read:  The White House recalled that the promise to evacuate Americans has not yet changed

That same night, family and friends said their last goodbye to the victims. in the Revolution neighborhood of Xalapa dozens of people gathered to say goodbye to the family members.