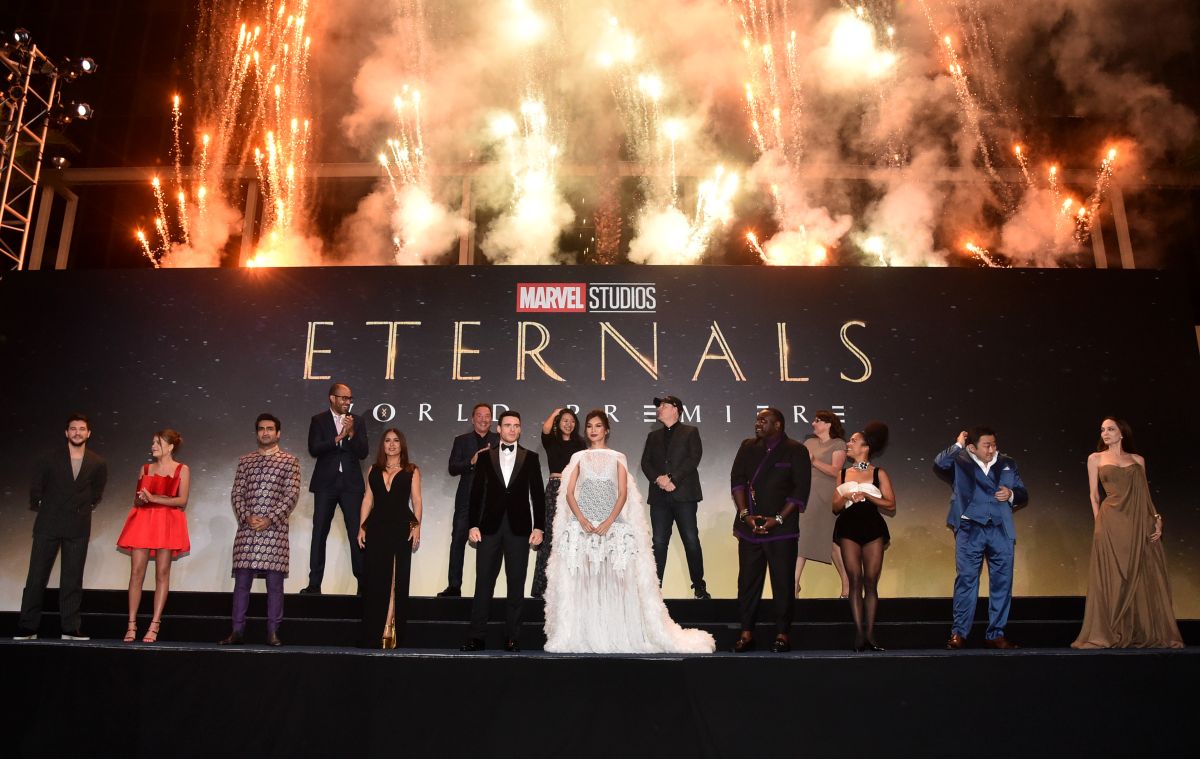 One month to go until the next film in the Marvel Cinematic Universe (UCM) hits theaters. The city of Los Angeles was the place where the premiere of ‘Eternals’ took place, an event where the sensational cast that will make up this film and many famous Hollywood faces.

In this ostentatious ceremony we were able to visualize the luxurious outfits of the actors and actresses who will star in the new UCM film project. Angelina Jolie, Salma Hayek, Gemma Chan, Kit Harington, Kumail Nanjiani, Richard Madden and many more stars, they managed to capture the attention of the spectators with their magnificent clothes.

Mexican actress Salma Hayek She is one of the honorable celebrities that make up the cast and she attended the gala at the Dolby Theater in Los Angeles with a splendid black dress accompanied by a neckline and with two luxurious necklaces hanging on her chest.

For its part, Angelina Jolie attended the ceremony accompanied by five of her six children: Maddox, Vivienne, Knox, Shiloh and Zahara. The actress wowed red carpet photographers with a gorgeous brown dress and a curious adornment on her chin.

Another actress who stood out with her spectacular dress was the British actress Gemma Chan, who attended the premiere of ‘Eternals’ with a luxurious white dress with ruffles and the most original textures characteristic of an ex-model.

Pakistani actor and comedian Kumail Nanjiani was also present at the premiere of his next film, which he attended the gala wearing a distinguished salwar kameez, a typical costume of Pakistani culture.

Subsequently, American actor Brian Tyree Henry, who plays Phastos in “Eternals“, Posed on the carpet of the Dolby Theater in Los Angeles with his son Daniel Cross, the same happened with the Mexican actress Salma Hayek, who attended the gala with her daughter Valentina Paloma Pinault.

Chloé Zhao, winner of the Oscar for best film and best director for “Nomadland” in 2020, will be in charge of directing this next film in the Marvel Cinematic Universe and All fans’ eyes are on the work the 39-year-old Beijing-born filmmaker will offer.

Based on the homonymous comics created by Jack Kirby, “Eternals” focuses on some characters with the same name who have extraordinary powers, which are almost immortal and were created by cosmic beings called Celestials. Chloé Zhao has assured in previous interviews that this film project It is the most ambitious to date and the filmmaker will provide viewers with her own insight into the events.

– ‘Eternals’: the next film in the Marvel Cinematic Universe that can win an Oscar