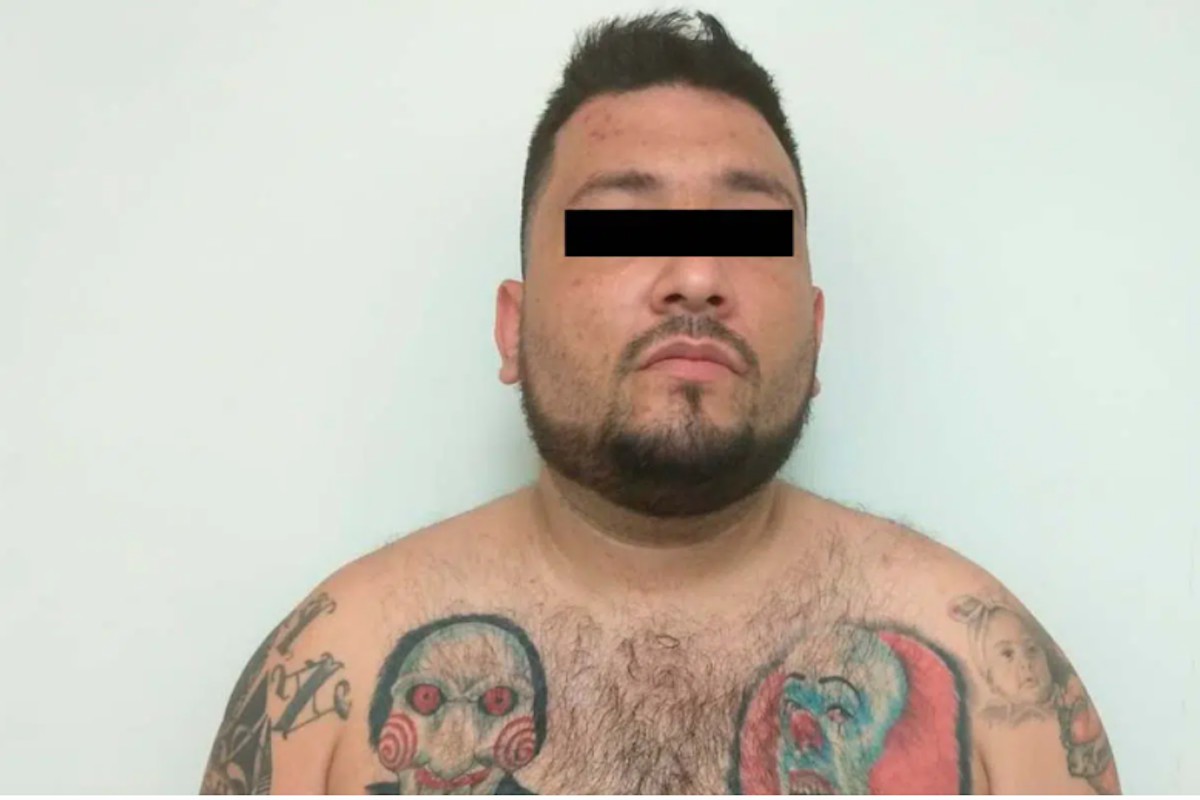 Alan, an important kingpin of the Sinaloa Cartel (CDS), better known by his nicknames “Cano” or “Comandante Cano”, was arrested by the police when he was in a restaurant having dinner with his family. However, what drew attention on social networks were his horror movie tattoos that made him a trend.

The narco-aesthetics of “Comandante Cano” includes Pennywise, the macabre clown from the movie “It”, by the writer Stephen King. The Pennywise tattoo can be seen on the capo’s chest, next to his left arm. Also on his chest, but next to his right arm he got a tattoo from “Saw”.

The capture of Cano forced the authorities to reinforce security in Nuevo León, a border state, since hours later there was a shootout between hit men from the Sinaloa Cartel and police, two criminals were killed. Authorities expect more retaliation shootings.

Also interesting: Dead or in jail: the final destination of the girlfriends of the cartel that terrorizes the Mexican capital