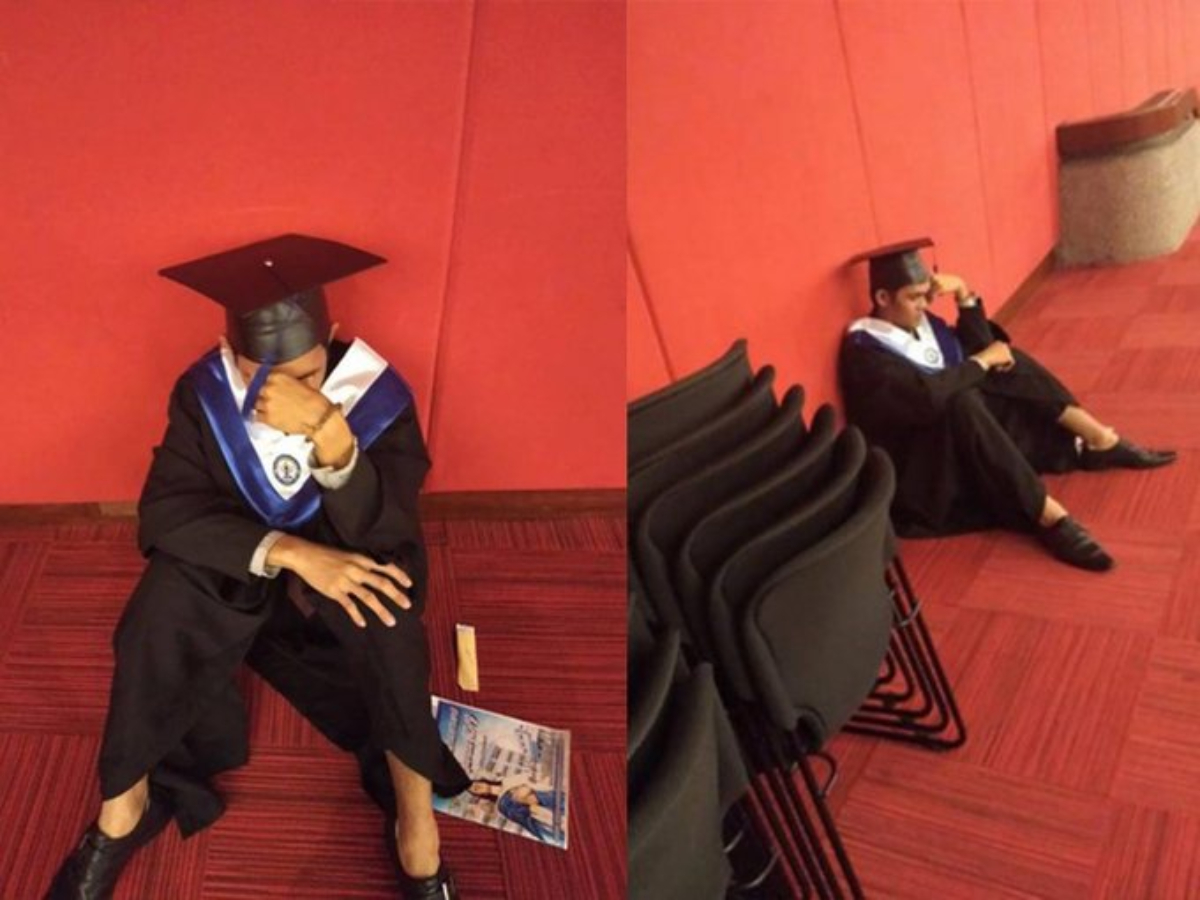 Jericho Rivas is a young man who is stealing the hearts of Internet users, after it was revealed that he broke down in tears when he realized that his parents left him alone at such an important moment and did not attend his graduation.

And it is that for Jeric Rivas, as for his classmates and most of the university students, the company of his parents is important in such special moments, such as a graduation.

Rivas saw how his companions were supported by their parents and other relativesjust as he dreamed it at some point.

She broke down in tears due to the absence of her parents.

But Rivas had to go through that special moment alone, although he tried to draw strength from within, the moment came when he couldn’t take it anymore and broke down in tears.

The events took place in the Philippines, where the young graduated in criminology from Universidad La Concepción College, in San José del Monte.

The story was made known by Jeric Rivas himself on social networks, where it went viral, and received praise and support from Internet users, who have highlighted the value he has as a person and encourage him not to get depressed by to have been alone at his graduation.

And not only that, but he was deserving of a medal for being the best of his generation, but realizing that there was no one from his family, he refused to accept it and instead burst into tears.

“I felt a mix between happiness and sadness. I looked to the right and to the left and in the back, all I saw were happy faces smiling.” Rivas wrote on his Facebook account.

“I felt my tears fall, I sat down next to it. I felt envy”, highlights the text written by the young man.

Photos circulate on social networks where the young man is seen at his graduation and in others where he is sitting on the floor full of sadness for being alone in that academic event.

In one photo, Jeric is seen raising a hand to his face while crying, in another image the sadness of being without his parents is noted.

But, Jeric highlighted in his post that one of his teachers gave him a hug to comfort him, In addition, he recognized that it was not the first time that his parents were absent at important moments.

“One of my other teachers was standing on stage waiting for me and he gave me a hug. While that moment took away some of the sadness, I ended up crying in front of everyone.” recognized the young recent graduate.

Emotional words for your parents

He does not explain the reason why his parents could miss his graduation, but despite everything he dedicated some emotional words to them.

“To my parents who still couldn’t accept me in their life, if you’re reading this, this is me now and I hope I made you proud.” finished.

You may also like:
–Videos: Gunmen from the Sinaloa cartel confront the Army, try to “rescue” the leader of “Gente Nueva” in Altar, Sonora
–Videos: Shooting in Copenhagen leaves “several dead”, confirms the police