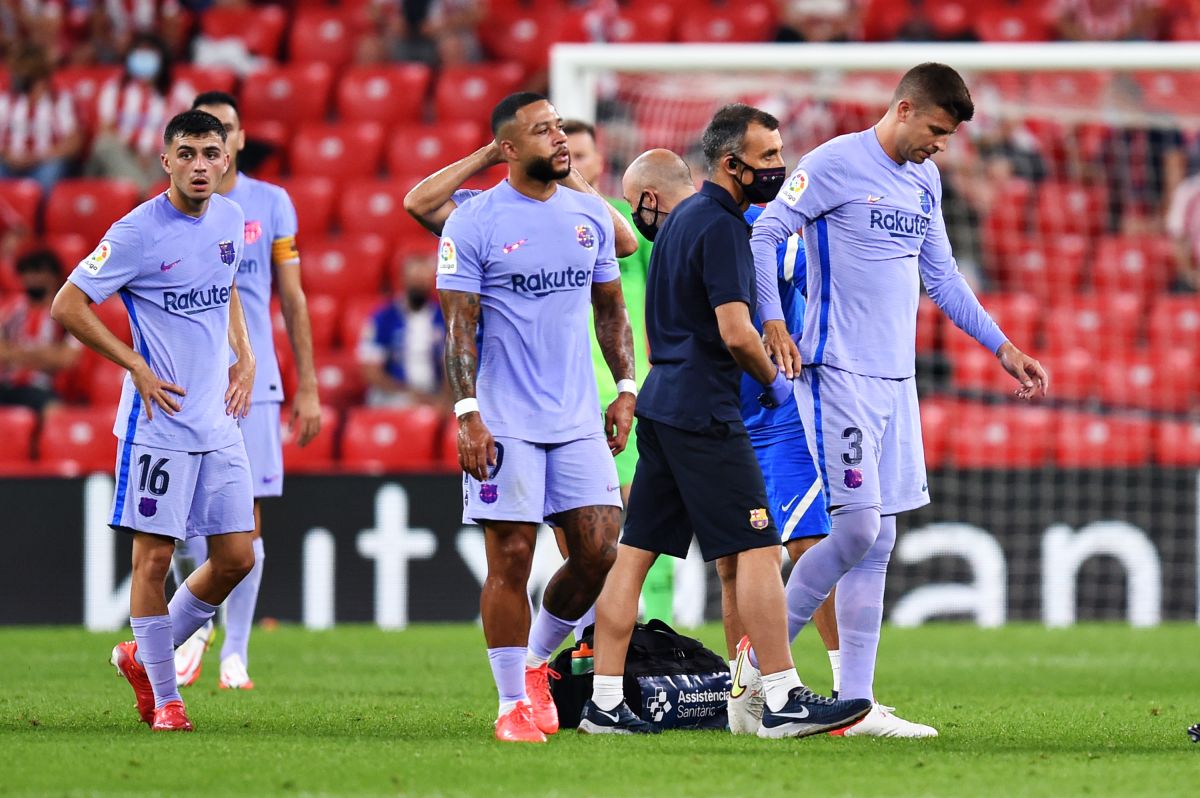 The central of the Barcelona Gerard Piqué, who had to be replaced on Saturday in San Mamés, suffers a elongation in the soleus of the left leg, the Catalan club reported this Sunday in a statement.

“The tests carried out have shown that Gerard Piqué has an elongation in the soleus of his left leg. It is low and its evolution will mark availability“, Announced the Barça, without specifying the time of loss of the defender.

▶ The tests carried out have shown that Gerard Piqué has an elongation in the soleus of the left leg. It is low and its evolution will mark availability pic.twitter.com/JMJz3CbzwF

I hammered, who dragged discomfort in that area, he had to retire within half an hour of the LaLiga Santander match this Saturday against Athletic Bilbao, after a dispute over the ball.

The central defender’s injury complicates his participation in the Barça team’s next league match, next Sunday against Getafe, for which his coach, Ronald Koeman, also has the suspension of another central, Eric García.

INJURY! Gerard Piqué 🛡🇪🇸 was traded in the 1-1 draw between FC Barcelona and Athletic Bilbao, in a duel 💥 for the second date of LaLiga 🏆🇪🇸. And, after medical tests, the club reported 🗣️ that he suffers an elongation in the soleus of the left leg 🦵. #EncourageFromHome pic.twitter.com/eRS5ijHi6H

Getafe will be Barcelona’s last game before the national team break in September, which will last two weeks.