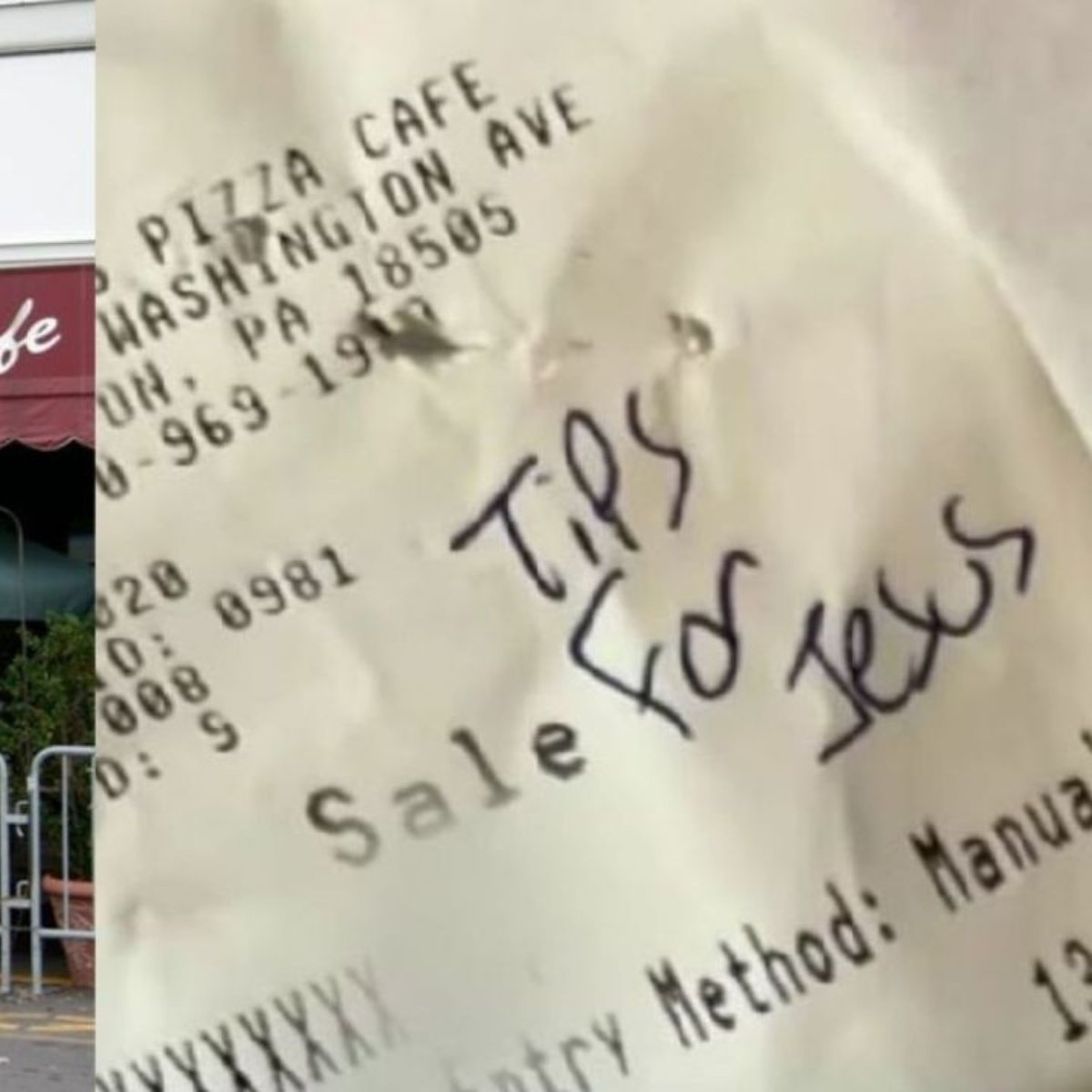 As said in the title of American Post Newsa Pizzeria sued customer for asking for his tipThis happened in Pennsylvania, in the United States.

The business in question is Alfredo’s Pizza & Restaurant which is located in the city of Scranton and is famous for being mentioned in the television series The Office.

It was the manager who said that last June, a client who was identified as Eric Smith ordered a plate of strombolibut when paying by credit card, he left his payment of 13 dollars and an additional 3 thousand as a tip to the waitress Mariana Lambert.

Customer repents and asks for his tip back

How did a pizzeria sue a customer for asking for his tip? It all started when the customer left a large tip, so since it was a time of recovery for restaurants after the pandemic, Alfredo’s staff believed that the man had joined the trend seen on social networks where they left large tips .

Of course, since it was a generous sum, the employees verified his card and took a photo of his identification and the ticket to make sure it was something real.

At that time, the man confirmed that the tip was part of the viral movement called “Tips for Jesus”, so the workers were shocked.

In fact, On social networks, hundreds of users thanked Smith for his act and the story went viral.

It may interest you: They prepare a lawsuit against Little Caesars for moldy pizza

Pizzeria sued customer for asking for his tip

In August, the pizzeria received a notice that the client had claimed the charge for the tip of 3 thousand dollars that he had left, however, the pizzeria had already given the corresponding money to the waitress who had served him.

Thus, the establishment tried to contact a man through social networks to clarify the situation, but Eric Smith refused to reply to their messages, telling them they will try to sue him.

It was thus that the establishment, actually filed a lawsuit and now they trust that they have enough evidence for the judge to rule in their favor.

After Smith’s noble deed went viral, he was now publicly criticized for showing off an alleged act of kindness and then wanting the “generous tip” back, for which many agree that the pizzeria sued the customer for asking for his tip. .