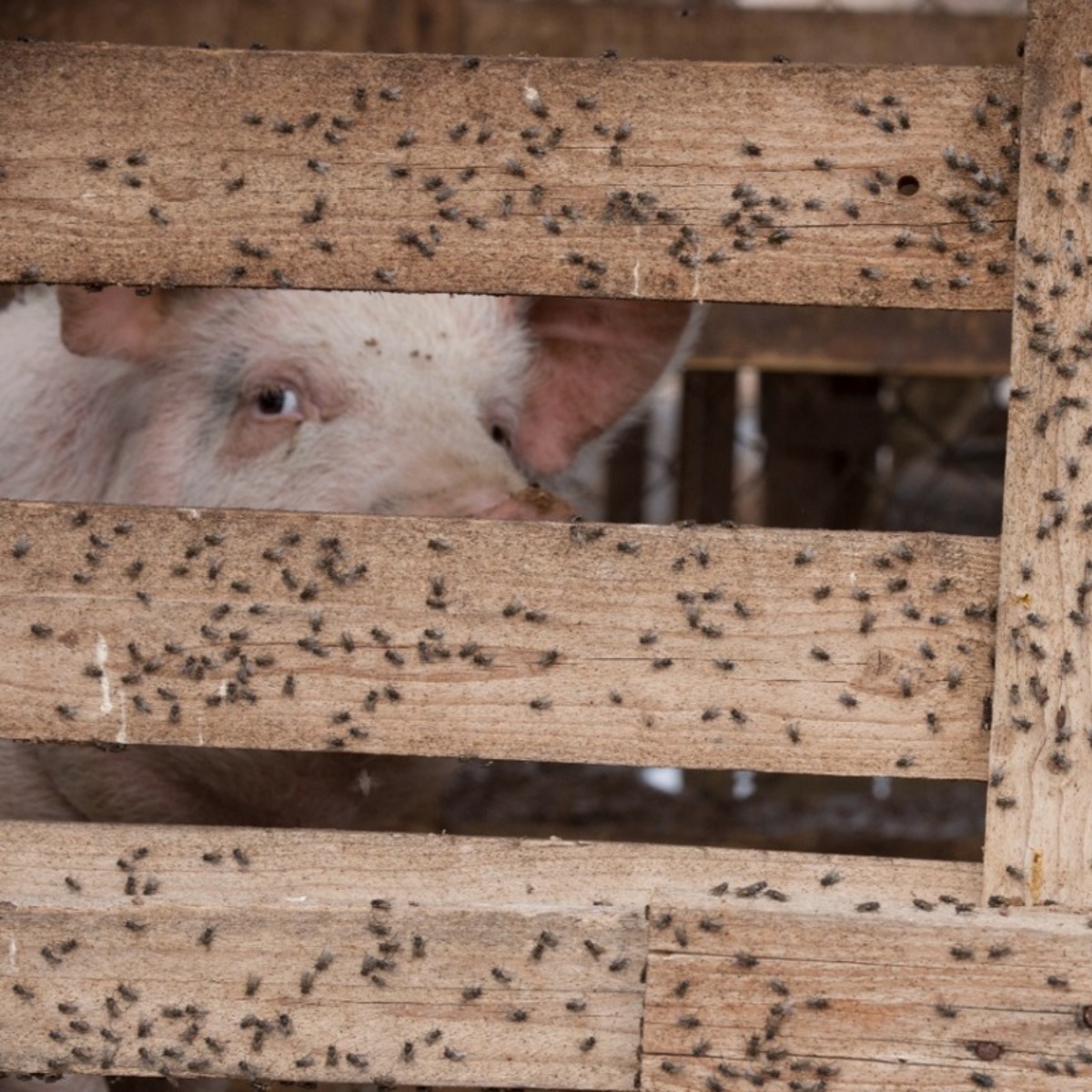 Carreta, Poblazón, La Pila, La Pasadita and other towns in San Luis Potosi have been invaded by fly pests due to the arrival of three poultry farms of the Proan company that have been installed in the municipalities of Vanegas and Catorce to produce eggs.

According to information and photographs published by Milenio, the plague of these insects is caused by 200 tons of chicken manure which is produced daily in these poultry farms, which are transferred to an ejidal property located a few km from the place, this after being sold to the Nuevas Tecnologías Agropecuarias company.

This material is spread on the ground so that the air and the sun turn it into organic compost, which is used in sustainable agriculture. Unfortunately, this process has caused an overpopulation of these animals, who can infest your clothes with eggs and cause myiasis.

Farm work has been affected.

This situation has provoked the anger of the residents, who assure that his life was complicated since the arrival of these poultry farms. “Nothing else comes out and you just need to walk scaring so many animals, and the smell that comes,” were the statements of an inhabitant of Rancho Viborillas, which were collected in the Milenio article.

The plague also affects housewives, who see their homes invaded by these insects, which also harm the health of other animals. Similarly, they reveal that they have done their best to get rid of the flies, but that the use of exterminating chemicals has already begun to cause nausea, vomiting and headaches.

The same scenario is experienced in the countryside, since the work is impossible to carry out, especially in the areas where mead is extracted, due to the sweet smell of the scraped magueyes. Finally, those affected assure not be against the production of organic compost and they just want the pest problem to be fixed.

What is the function of the fly in the world?

Flies have the function of devouring decomposing corpses, eat sewer waste and pollinate plants but also damage crops and spread disease. as you mentioned AmericanPost.News previously, they clean the environment and without their presence there would be chaos.