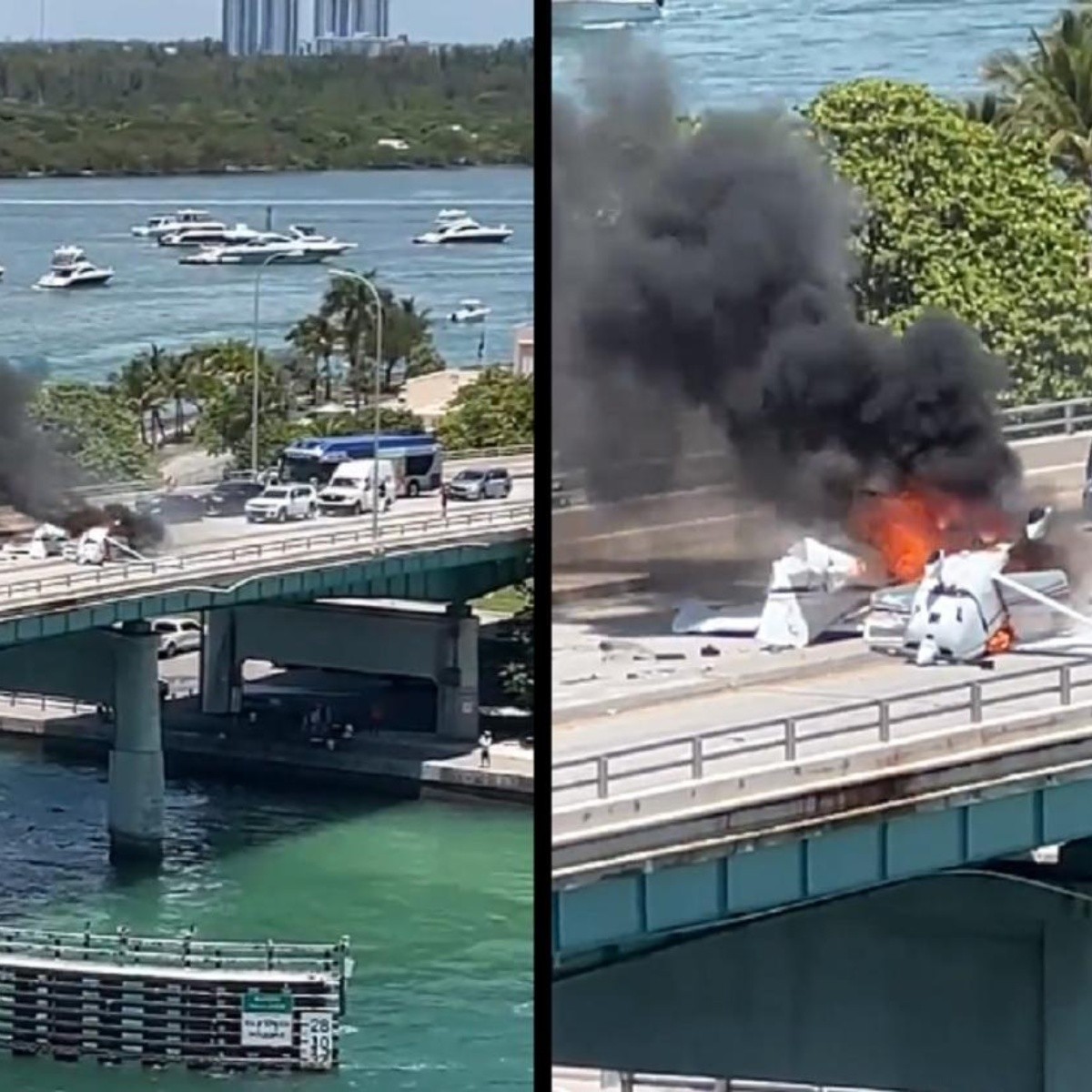 Miami.- At least two people were hospitalized this Saturday, after a plane fell on one of the cars that circulated on the Miami-Beach access bridges, in Florida (USA).

This information was confirmed by local media, who described that after the accident the single-engine aircraft caught fire and released a huge column of black smoke visible from kilometers away.

In the images broadcast by local television NBC6 you can see the plane engulfed in flames while dozens of drivers get out of their vehicles to see what happened with visibly scared faces.

The vehicle that was hit by the aircraft can be seen with its front end destroyed.

The Miami-Dade County Fire Department responded to the scene of the plane crash, located near Collins Avenue, one of the most important avenues in Miami Beach.

This incident took place on the Haulover Inlet Bridge, one of the bridges that connect the island of Miami Beach with the mainland, according to NBC6.

The two victims of the accident were transferred to the Ryder Trauma Center with burns, according to preliminary information released by the aforementioned media.

At press time, Florida authorities have not released information about the accident and the number of occupants of the aircraft.

Now! A small plane crashes on the Haulover Inlet bridge, #Miami and hits a bus �� #MolluscoNews