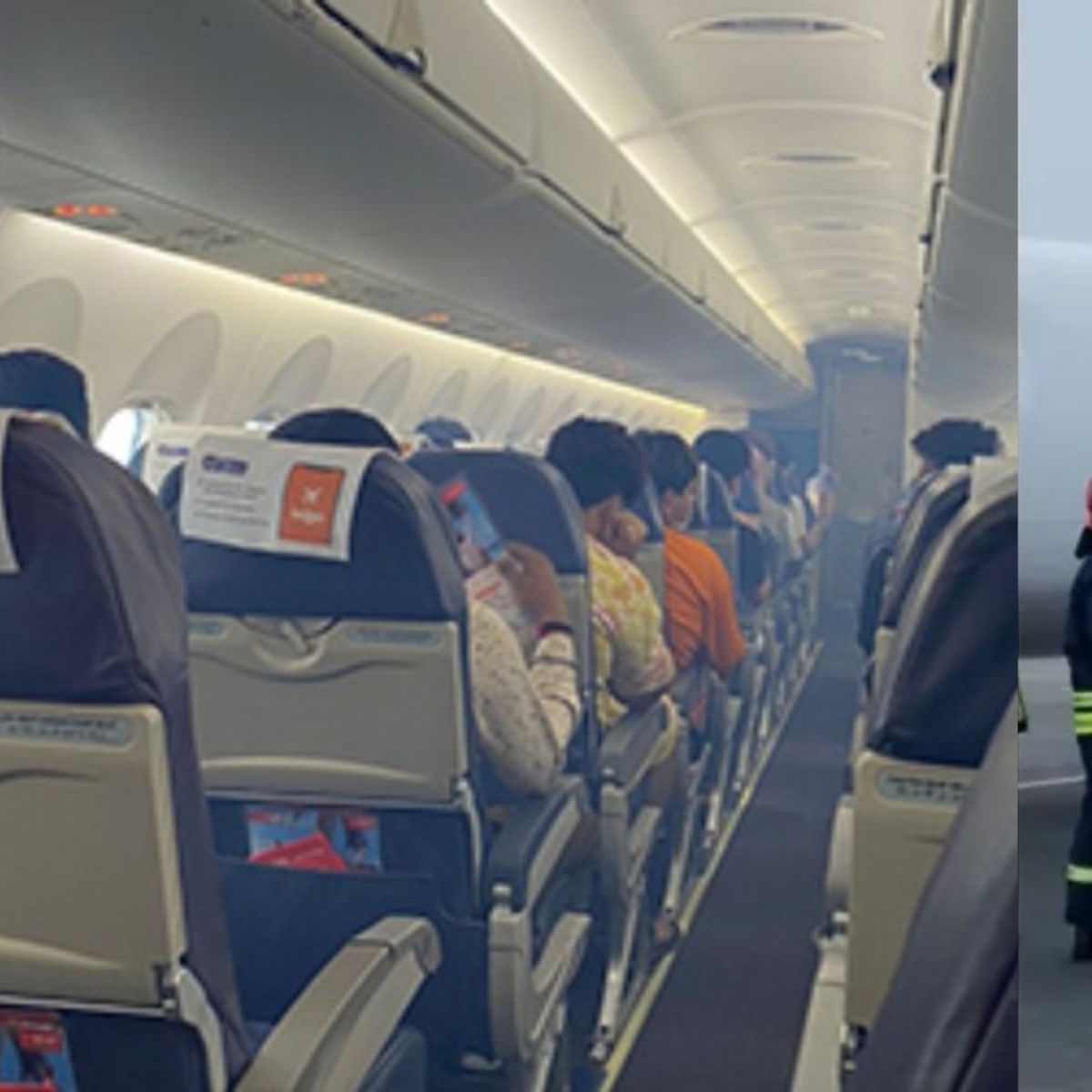 Moments of panic lived the passengers of a airplane in indiaafter the cabin full of smoke shortly after taking off for the city of Jabalpur, according to the company.

The SpiceJet airline detailed through a statement that the aircraft landed in an emergency this Saturday for security reasons. Meanwhile, the passengers were evacuated at the New Delhi airport.

The airline did not say the number of passengers on board the flight, but said the plane landed “safely” and an alternative flight was “immediately arranged” for the travellers.

Passengers in panic after smoke in the plane in India

In a video shared on social networks you can see the moment in which the interior of the plane covers of smokea situation that caused panic and despair among the passengers.

“Passing 5,000 feet, the crew noticed there was smoke in the cabin,” the airline said on Twitter.

As we announced in AmericanPost.Newsjust last month SpiceJet, a low-cost airline, had to make a emergency landing after its left engine caught fire mid-flight.

On the other hand, the Argentine authorities confirmed yesterday that a plane crashed moments after taking off. The accident left as balance four deadAccording to the report.

It may interest you: Plane makes an emergency landing due to a bat on board in India

How to get cheap flights to India?

According to the Kayak page, the best advice to find cheap flights to India is to book a minimum of 1 week in advance. High season is in January, February and December. While the cheapest month to fly to India is April. Fortunately, in the incident recorded this Saturday where a plane filled with smoke in India no injuries were reported and the passengers managed to reach their destination.