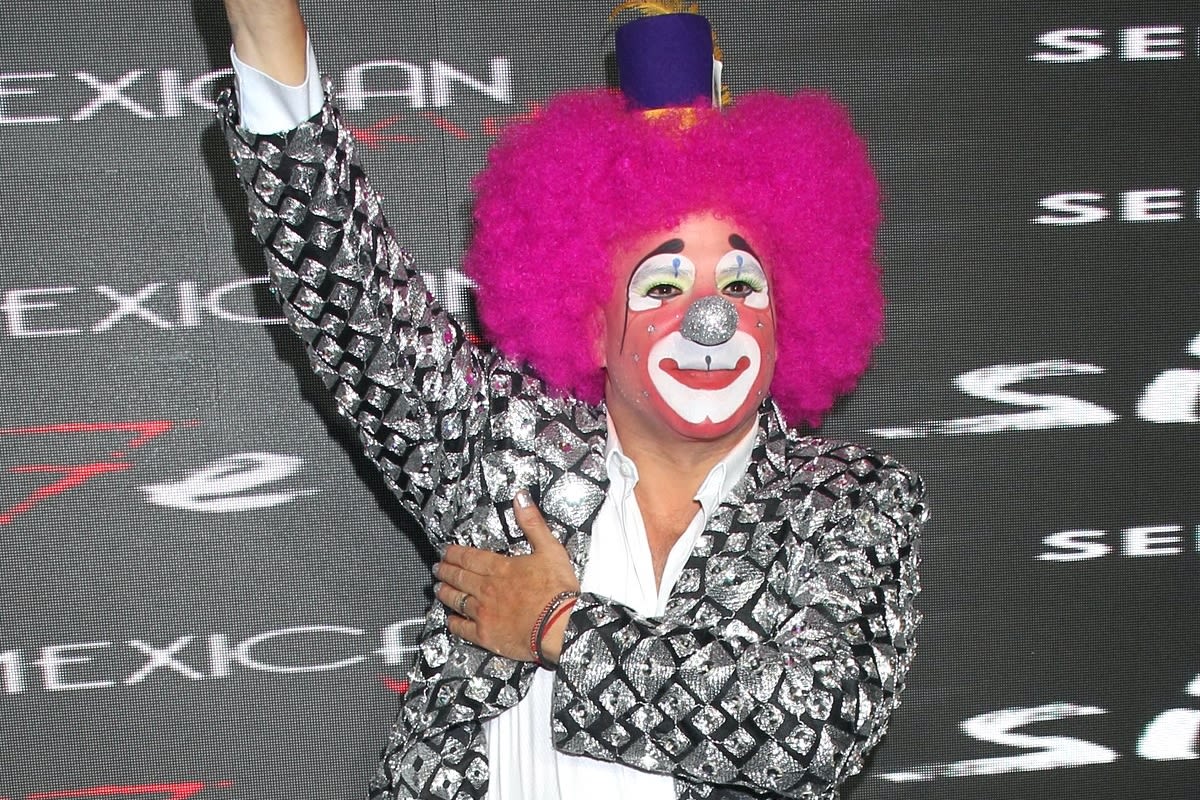 After joking about the death, the Mexican comedian, Sergio Verduzco, better known as Platanito, announced through his social networks that he was in mourning after the death of his dear friend named Xavier and followers remind the presenter about his old joke .

What a move that fate made to the comedian Platanito after he joked about the death of a ‘somewhat particular character’, and that is, on the same day that Sergio published a joke about this on his social networks, a few hours announced the death of a dear friend.

It was on August 7 when through his official Instagram account and with his already characteristic sense of humor, the Mexican comedian Platanito, published a double meaning photograph, where he “joked” about the death of a person named “ Abrahan Celano ”, they will have already realized where the luck is.

In the photograph, which already contains more than 6 thousand likes, you could see a black ribbon, while in its message came the following caption: “Rest in peace, Abrahan Celano, 1980-2021”, and that is what It might seem like a joke at the time, it became a reality for the 42-year-old comedian.

Platanito mourning the death of his friend

After this joke, which made many followers laugh and wonder who the character was, they realized that it really was a name in a double sense: “And I googled who he was”, “What a message, I had to read it 3 times to understand it ”, they could be read in the comments.

However, the laughs ended after Platanito announced the death of a great friend hours after posting that joke, causing his followers to remember the joke he had made earlier, arguing that they had to read it several times to believe it.

Platanito announces the death of his friend after his joke

On that same day, the official Instagram account of the Mexican comedian Platanito, who has participated in various film and television productions, published a photograph in which he gave the news of the death of his friend, who unfortunately died on August 7, surprising to his more than 300 thousand followers.

Followers react to the death of Platanito’s friend

And it is that, before the last joke about the death of a “character”, his more than 300 thousand followers were surprised at the death of Platanito’s friend, since they confessed that they believed it was another joke of the Mexican comedian and presenter. A follower wrote the following in the post:

“Now is it serious? I have already read the name several times so as not to fall as with the obituary of Abraham that you uploaded”, faced with this, more followers began to argue the same: “Like me, I thought this was also a joke. And I also read the name several times ”,“ Unfortunately now this is true ”,“ And I was looking for the chance in this publication as in the last one ”, you could read in the comments.

A few days after the deaths of Lilia Aragón and Sammy Pérez, the death of La Tarabilla is reported

That same day that the death of Platanito’s dear friend happened, on August 7 it was also reported that a few days after the deaths of Lilia Aragón and Sammy Pérez, the death of the Mexican actress Isabel Martínez, better known as The Tarabilla.

It was the official Instagram account of the National Association of Interpreters (ANDI Mexico) that reported on this death of the former romantic couple, although they never reached the altar, of the Colombian Mexican actor and comedian Pompín Iglesias.

In the social networks of ANDI Mexico, it was recalled that La Tarabilla became known in different television productions, among them La hora pico, XHDRBZ and La Escuelaslita VIP: “To his family and friends, we send our deepest condolences on behalf of the ANDI’s Board of Directors and Oversight Committee ”.

Isabel Martínez was born on December 29, 1946 in Mexico City and it was until 1975 that she began her artistic career. She is the sister of fellow actress and broadcaster Patricia Martínez. Immediately, the condolences were present. Filed Under: Platanito in mourning after the death of a dear friend

One of the first to react to the news of the death of Isabel Martínez, better known as La Tarabilla, was also the Mexican actress Azela Robinson, who wrote: “Rest in peace, teacher”, while Raquel Garza, remembered for her character Tere , the secretary, expressed herself with emojis. Filed Under: Platanito in mourning after the death of a dear friend

As reported by Radio Fórmula, La Tarabilla met Pompín Iglesias when she was working as an extra in a performance of the comedy El Tenorio. They had a relationship of more than 30 years, although they never married, until his death in 2007. They had a son together: Alfonso Iglesias, Pompín III.

What did La Tarabilla die of?

According to information from Gossip No Like, which was taken over by the Board of Trustees of the House of Actor Mario Moreno, La Tarabilla died at 7:15 am today due to a myocardial infarction: “Her last days she lived surrounded by love and company of his fellow guests and caregivers of the Casa del Actor ”.

And about the origin of her famous nickname, it arose after the actress had to improvise on stage in the absence of her fellow dancers. Her way of speaking was so fast that the audience present burst into laughter and producer Roberto Cobo baptized her that way. Filed Under: Platanito in mourning after the death of a dear friend

The photo of the memory

Isabel Martínez was a very loved person among her colleagues, as shown in this image that actor Sergio Ochoa uploaded to his social networks: “She is ‘La Tarabilla’ Isabel Martínez. I have the pleasure of having you join me in #ElCuidador this Sunday at 1:00 pm #teatroofelia ”.

“He talks fast but very fast… very fast like no one that I have ever known doing plays, movies, television shows and more… You are part of the great comedians of Mexico. Thank you for making us laugh so many times with your talent, dedication and charisma ”. Filed Under: Platanito in mourning after the death of a dear friend

Celebrities express their condolences after the death of La Tarabilla

As mentioned above, Raquel Garza was among the first to react to the death of La Tarabilla, to whom she dedicated the following message on her social networks: “Rest in peace, Isabel Martínez, La Tarabilla. I will miss your laugh, your warmth and your presence so much. Lots of light on your way ”. Filed Under: Platanito in mourning after the death of a dear friend

For his part, Eduardo España expressed himself thus: “May beloved actress Isabel Martínez La Tarabilla rest in peace. My condolences to his family ”, while the actor and producer Jorge Ortiz de Pinedo said:“ The members of the Board of Trustees of the Casa del Actor IAP Mario Moreno, deeply regret the death of our colleague and friend Isabel Martínez La Tarabilla. May he rest in peace ”, were one of the many comments that could be read.