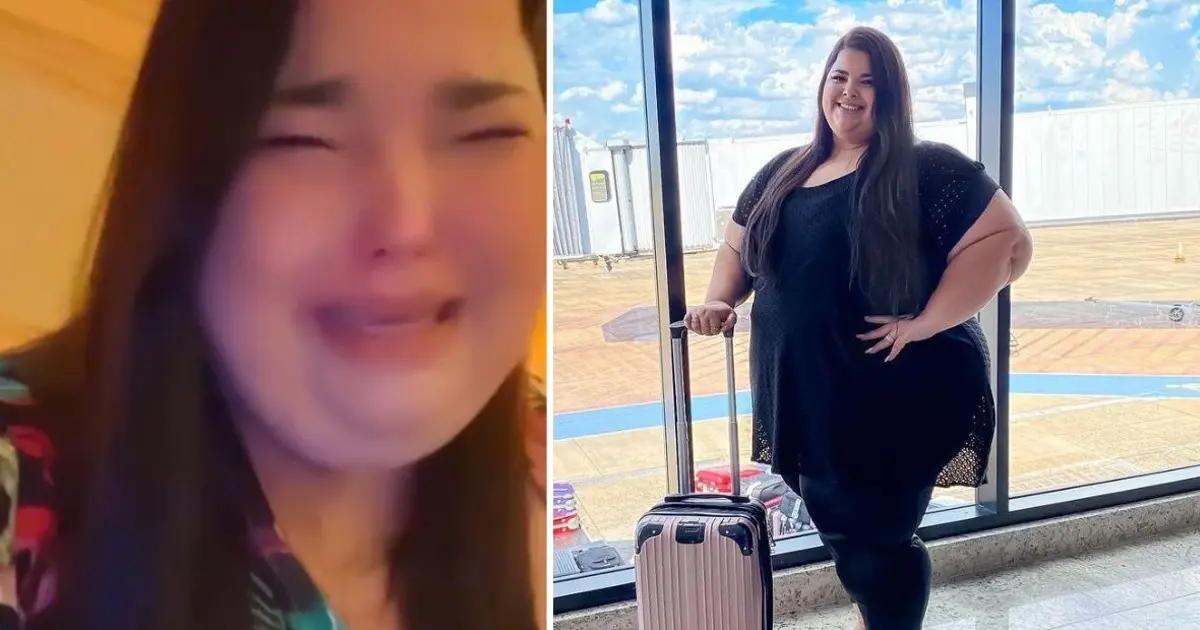 In social networks, a plus-size model denounced that she was not allowed to board the plane because of her weight: “I was humiliated for being fat.” It is the Brazilian model Juliana Nehme who was trying to make a connection to Doha to return to Brazil with her mother, sister, and nephew. However, the employee at the counter denied her taking the flight.

Brazilian plus-size model, Juliana Nehme, took to her Instagram account to denounce that she was not allowed to board a plane in Lebanon for being “too fat”: “A Qatari flight attendant called my mother while the girl was finalizing our check-in and told her she was not welcome on board because she was fat.”

The model was required to buy an executive ticket, which cost $3,000 to adjust her seat, even though she had already paid for a $1,000 ticket to board the plane.

“After hours of begging, she gave me back all the bags that had already been checked in, claiming that I would have to buy business class or I would not travel,” said the Brazilian model.

Juliana Nehme commented that when she traveled from Brazil to Lebanon with Air France, she did not have any problem, but on her return with Qatar Airways, she had to change her ticket from economy class to business class.

In addition, the problem was that Nehme did not have enough money to pay for a first-class ticket, and this prevented her from returning to Brazil: “I stayed almost 2 hours begging to travel. My mother tried everything. They even threatened me. When I tried to record what they were doing, the girl at the counter pushed me and it was no use. I was threatened if I didn’t stop recording. I am trapped in Lebanon.

The 38-year-old woman had been stranded in Lebanon with her mom, while her sister did return to Sao Paulo with her son. However, hotel and cab expenses have only been mounting, plus she does not speak English or Arabic.

However, after Juliana’s story went viral on social media, Qatar Airways told the Daily Mail that “the passenger has been booked on a flight tonight from Lebanon.”