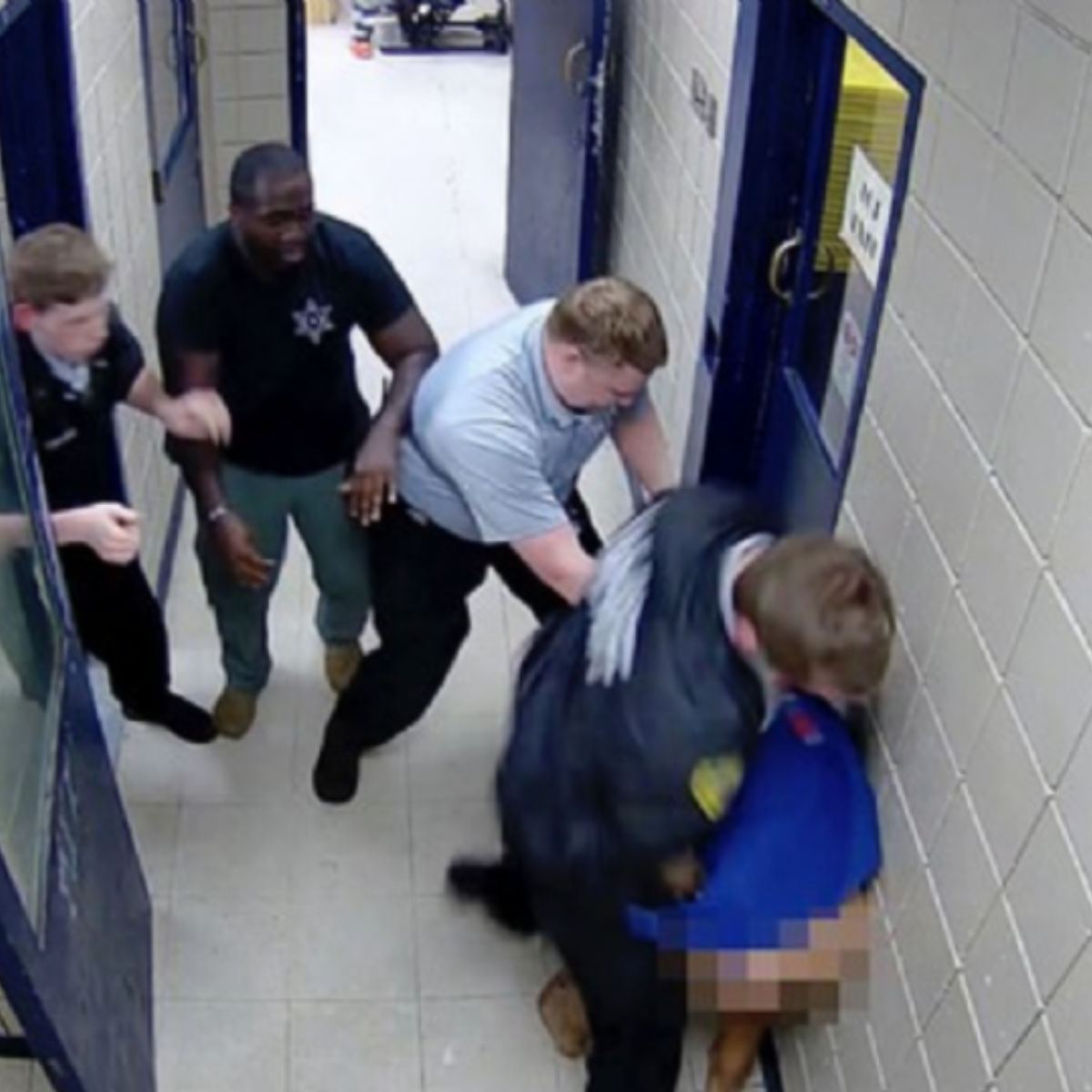 A security video from a prison in Georgia, United States, shows an inmate being pushed against a wall by five guards and receiving blows to the head and neck. Harry Daniels, attorney for the man, Jarrett Hobbs, 41, made the video public on Monday, November 14.

The civil rights attorney said authorities should file criminal charges against Camden County sheriff’s deputies as they rounded up Hobbs for being black after he was booked on traffic violations and drug possession charges on Sept. 3.

“It is undeniable that Mr. Hobbs was tackled by jailers and was assaulted, struck multiple times in the back of the head, kneed in the head, and dragged out of his cell…It’s a brutal beating, a brutal attack,” Daniels said.

It is worth noting, as reported in American Post News that this police abuse case adds to thousands of cases of police brutality, such as the death of a man whom the Guardia Civil in Spain subdued.

There will be an investigation into police brutality.

Camden County Sheriff Jim Proctor’s Office said in a statement that it had reviewed the video with members of its command staff and ordered an internal investigation “to begin immediately.” Still, it did not disclose details about the jailers involved, including their races.

Daniels questioned why nothing was done sooner. The confrontation between Hobbs and the jailers occurred more than two months ago, and Hobbs was accused of fighting with deputies that same day. On social networks, users believe it was racial or hate attack, but official motives have not been established.

Why did police brutality start?

Jail records show that Hobbs, of Greensboro, North Carolina, was arrested on Sept. 3 in coastal Camden County, about 100 miles south of Savannah. He was initially charged with speeding, driving with a suspended or revoked license, and possessing an illegal drug.

The sheriff’s office did not provide details of what happened in Hobbs’ jail cell. But records from federal court in North Carolina, where Hobbs was on probation for a 2014 federal criminal conviction, say guards entered Hobbs’ cell because he was repeatedly kicking his cell door and refusing orders to stop.

Jail records show Hobbs was later charged with aggravated battery, simple assault, and obstructing law enforcement officers. There is no sound in the video released by Daniels. The attorney said he has a copy with audio but declined to share it.