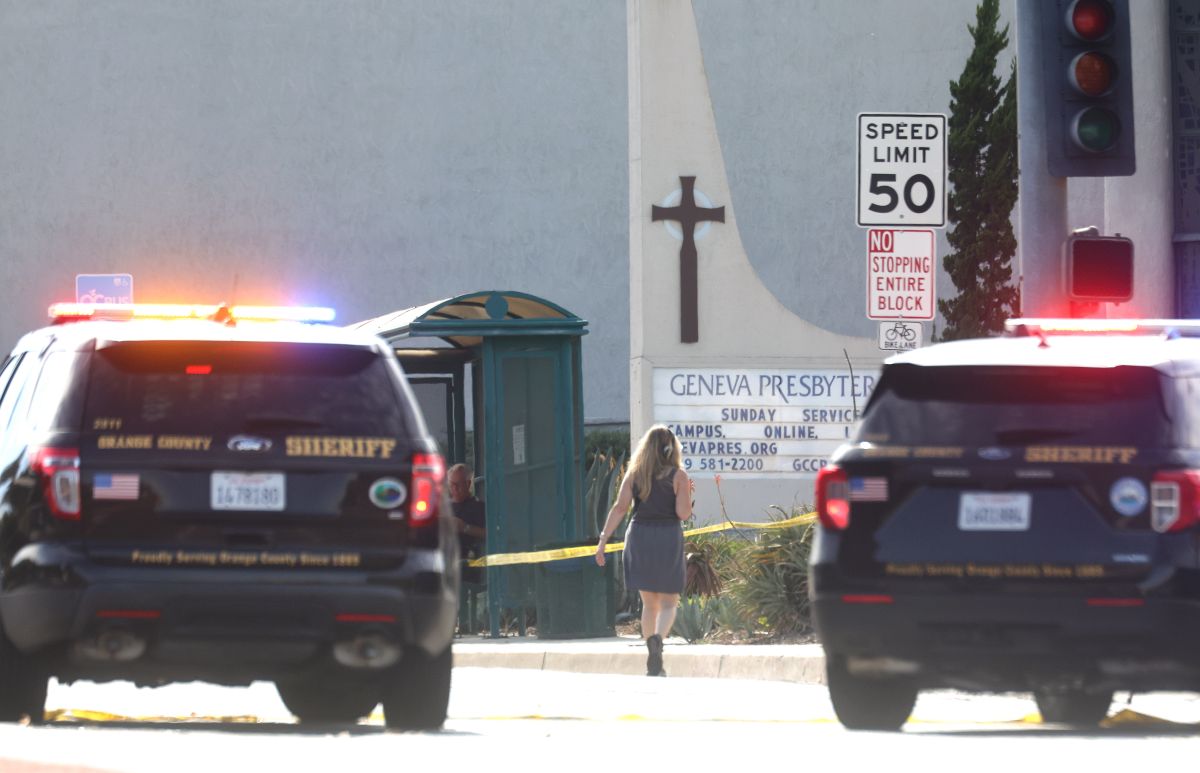 Police in Orange County, California, have identified 68-year-old David Chou as the suspect in a shooting at a church in Laguna Woods on Sunday.where one person was shot to death.

“The suspect in the Laguna Woods church shooting has been identified as David Chou, 68, of Las Vegas, Nevada. He has been booked on one felony count of murder and five felony counts of attempted murder,” the Orange County Sheriff’s Office reported Monday.

The tragic events occurred in the Presbyterian Church of Geneva, before 1:30 pm on Sunday, with a balance of one person dead and five others injured.

About 40 members of a congregation gathered for lunch and a meeting with their former pastor, Billy Chang, who was visiting the church for the first time since moving to Taiwan two years ago, Fox News noted.

A Presbyterian Church congregant named Jerry Chen, 72, told the Los Angeles Times that he had heard the sounds of the alarm during the fatal hours. “Then I heard two or three more shots. He was shooting randomly.”

Bullets caused worshipers to take cover on the ground during the shooting, while former Pastor Chang was seen hitting the gunman with a chair as he stopped to reload his gun. Other members of the congregation managed to tie up the suspect and tied him up with an extension cord.

The congregation is mostly made up of retired and elderly Taiwanese immigrantswith an average age of 80, Chen told the LA Times.

Following actions taken by worshipers against Chou during the tense moments, authorities have praised them for their courage in subduing the gunman.

“That group of parishioners displayed what we believe to be exceptional heroism and bravery.”Orange County Police Deputy Chief Jeff Hallock told the aforementioned media outlet. “It is safe to say that if they had not intervened, this situation could have been much worse.

Before the shooting began, parishioners greeted Chou, welcoming him to their church. The gunman allegedly told members of the congregation that he had visited the church before, although no one had recognized him, Chen said.

You may also like:
• Suspect in Buffalo supermarket shooting pleaded not guilty at arraignment
• Flags in New York will fly at half-staff in tribute to the victims of the massacre in Buffalo
• 9-year-old girl found dead in Brooklyn with head trauma and bite marks, police said