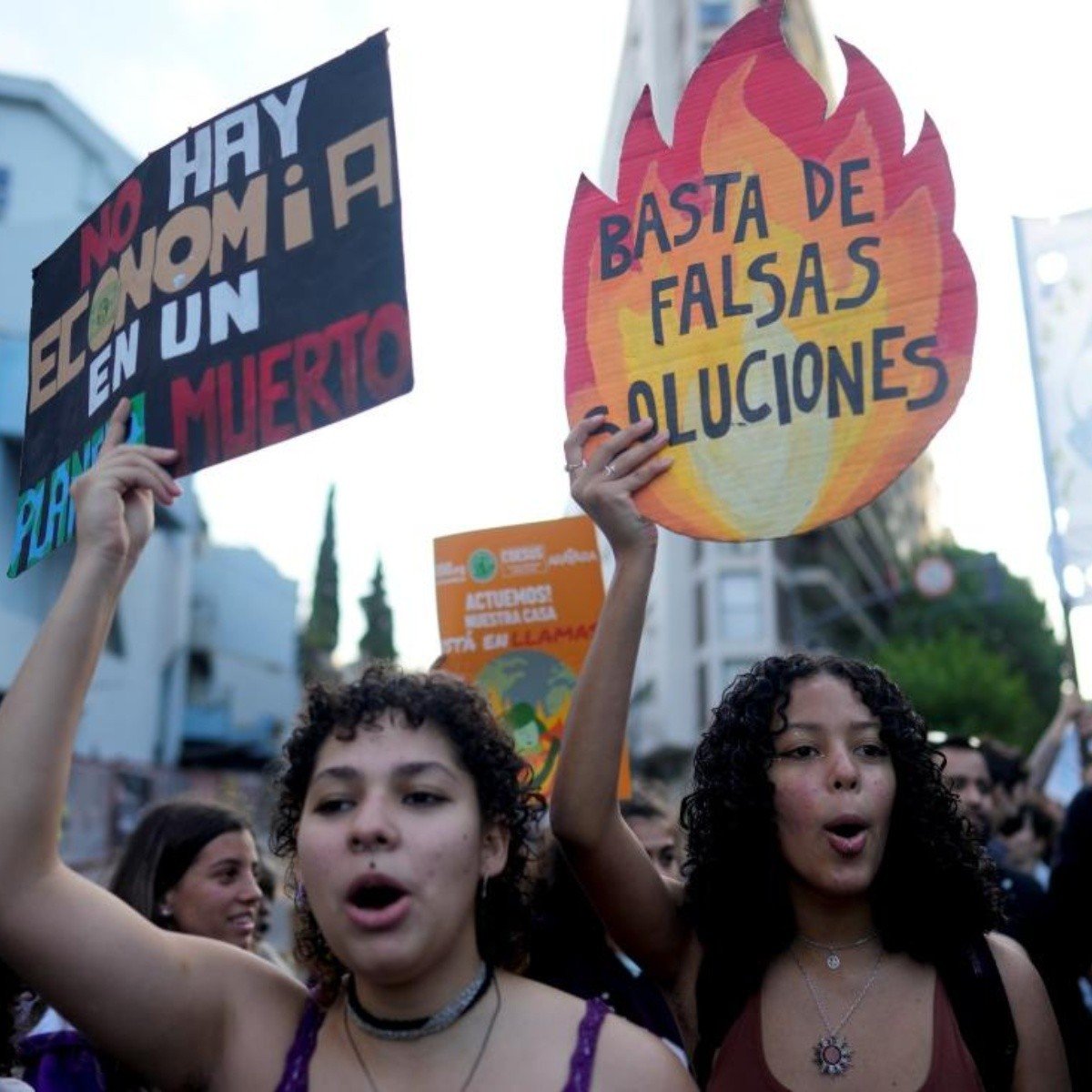 The Puerto Rico Police arrested a group of demonstrators who jumped over a security fence in front of La Fortaleza, the seat of the Puerto Rican government, on Wednesday to protest against Luma Energy, which is in charge of the transmission and distribution of energy in the island.

Members of the Tactical Operations Division of the Police Bureau intervened in the operation in front of the gates of La Fortaleza in Old San Juan, expressing their opposition to the Luma Energy contract and demanding the recovery of the state-owned Electric Energy Authority (AEE).

The protesters, about 15 in number, lay down and hugged each other on the cobblestones that adorn La Fortaleza Street waiting for officers to pick them up and carry them to police headquarters for questioning.

The demonstration was organized by the collective “Jornada: Se Acabaron Las Promesas” (No more promises), which, upon arriving at the gates of La Fortaleza, began to direct slogans and took out a banner that read “La Junta es la Colonia, Abajo la Colonia” (The Junta is the neighborhood, Down with the neighborhood).

Some of the messages that the group shouted were “Lies, lies, the government of lies” and “The capital city should pay for this fiscal crisis,” as well as “Fiscal Control Board, colonial dictatorship,” about the financial entity that manages the fiscal plans of the Government of Puerto Rico.

Since June 2021, the private company Luma Energy has been in charge of the transmission and distribution of energy in Puerto Rico, previously assumed by PREPA, which now only governs the generation of the power grid.

However, since Luma Energy arrived on the island, there have been constant blackouts and calls for increases in energy bills despite power outages, which have led to demonstrations in different parts of the island.

“This contract has unleashed terrible social and economic problems that worsen our already dismal quality of life. More than a month after Hurricane Fiona hit the island, communities still lack electricity. This is unacceptable,” said Jocelyn Velázquez, spokesperson for the collective, in a statement.

“This is the most recent demonstration organized by the collective “Jornada: Se Acabaron Las Promesas” since last August 31, when some of its members closed several lanes of a San Juan road to protest against the Fiscal Supervision Board (JSF) for Puerto Rico and Luma Energy.

At that time, Velázquez added that six years after former U.S. President Barack Obama implemented the FOSB, “corruption and looting continue, the crisis worsens, while the members of the board bleed our coffers and implement austerity policies that worsen our quality of life.