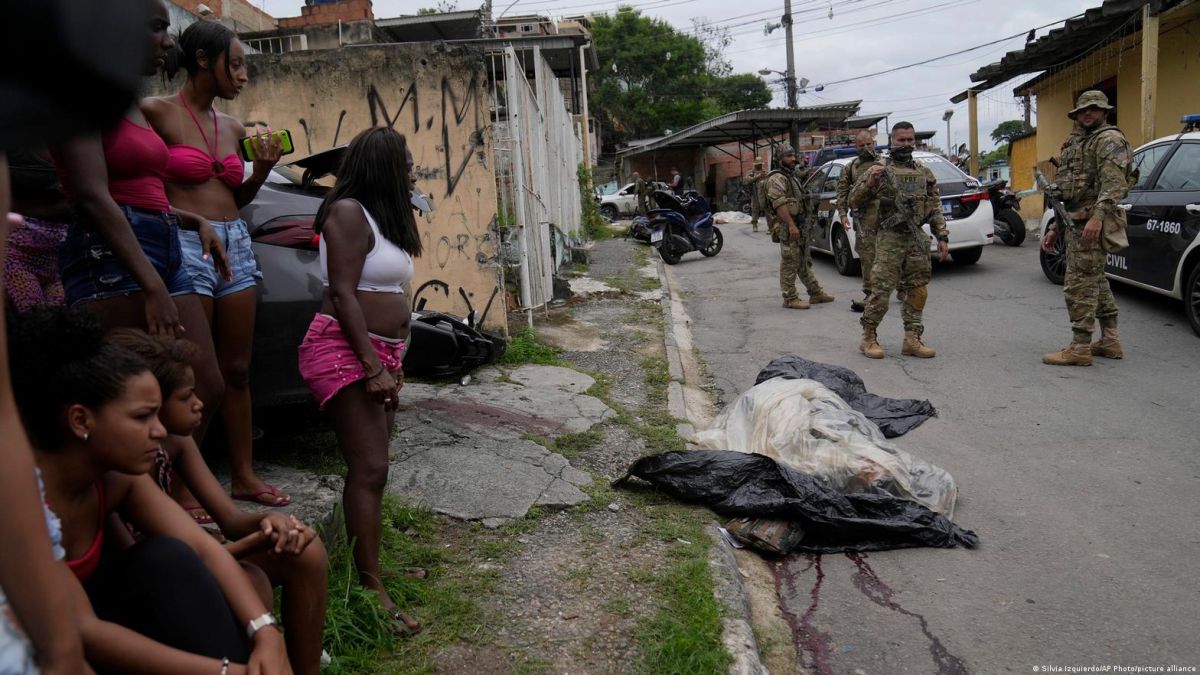 A new police raid against drug trafficking in a favela in Rio de Janeiro left at least 22 dead, a year after the deadliest operation in the history of the city, with 28 deaths in another poor neighborhood.

According to the latest official balance, the death toll in the favela Vila Cruzeiro, in the north of Rio, already rises to 22.

The operation, which lasted about 12 hours and caused the closure of schools and other public services, aimed to capture leaders of the drug gang “Comando Vermelho” (red command), hidden in the neighborhood, according to the Military Police (PM) of Rio.

“The criminal faction that controls the region often invades other areas and we had signs that this group would move through the city“, explained at a press conference Uirá Ferreira, commander of the Special Operations Battalion of the Rio PM, which acted in conjunction with the Federal Police and the Federal Highway Police.

OPERATION IN VILA CRUZEIRO | The Federal Public Ministry opened a criminal investigation to investigate the conduct of federal agents during operations like Bope in Vila Cruzeiro, in the North Zone of Rio. At least 21 people died, including a resident: https://t.co/ AeaVUYYAhk pic.twitter.com/gHv2zKqf5b

The agents say they were shot at by criminals in the upper part of the favela when they were preparing to start the operation.before dawn.

Initially, the PM had reported 12 deaths -11 of them “criminals”-, but the number quickly exceeded twenty after bodies were found in an area of ​​closed vegetation, where the clashes occurred.

A neighbor from a nearby neighborhood also died from a stray bullet and seven other people were injured.

Tension outside the hospital

Throughout the day, the bodies arrived at a nearby hospital loaded in vans or other private vehicles.some with their heads covered with bags, in a climate of tension.

Groups of family and friends, mostly women, crowded into the entrance of the medical center. “You killed him, sons of…”, shouted a young woman who could barely contain her anger and pain.

“It is a shocking situation, we cannot normalize that the State enters a favela and leaves more than 20 bodiesDavid dos Santos, 32, who lives in the region, told AFP.

The agents seized 13 rifles, 12 grenades, four pistols and an undetermined amount of drugs, in addition to 20 motorcycles and 20 cars allegedly belonging to the gang.

The Comando Vermelho, which has spread terror since the late 1970s, is responsible for “more than 80% of the armed clashes in Rio“, according to Ivan Blaz, spokesman for the Rio de Janeiro Military Police.