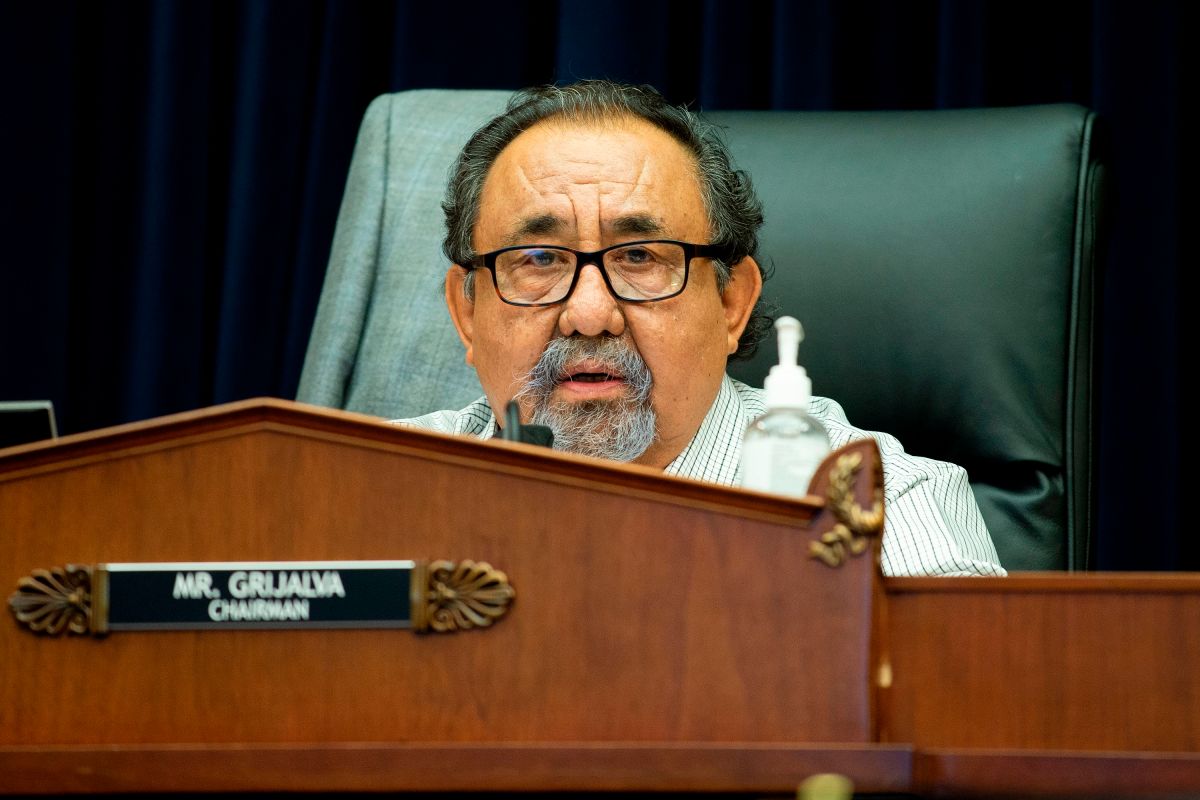 By Jose A. Delgado

Legislative leaders of Puerto Rico have demanded to meet with the group of congressmen, led by Raúl Grijalva (Arizona)who will be in San Juan this week to discuss draft legislation that proposes a federal plebiscite in Puerto Rico between statehood, independence and free association.

On the one hand, the president of the House of Representatives, Rafael “Tatito” Hernández Montañez, has questioned the alleged decision of the Democratic president of the Natural Resources Committee to limit meetings this week in San Juan with political groups to the directors of the registered parties, and not necessarily having the caucuses of the Puerto Rico Legislature.

Meanwhile, the delegation of the New Progressive Party (PNP) of the Senate has requested a meeting with Grijalva, which indicates that they may also be outside the calendar that the Natural Resources Committee has scheduled.

Grijalva announced that will arrive in San Juan on Thursday to discuss the draft legislation announced on May 19 in a series of meetings on Friday with political party leaders and a public forum on Saturday to listen to organizations and the general public.

Along with Grijalva will be, at least, the Democratic congresswomen Nydia Velázquez and Alexandria Ocasio Cortez, Puerto Ricans elected by New York districts, and the resident commissioner in Washington, Jenniffer González, so far the only Republican who has supported the bill .

Hernandez Montanez –who has opposed the new proposal after backing project 2070 de Velázquez and Ocasio Cortez, who sought to start the process with a Status Convention, criticized the fact that they may want the call for the federal plebiscite to go beyond the Puerto Rico Legislature. He called attention to the diversity that exists within the parties represented in the Legislature, where his Popular Democratic Party (PPD) has fragile majorities.

When the draft legislation was presented on May 19, the leader of the Democratic majority of the federal lower house, Steny Hoyer (Maryland), said that Governor Pedro Pierluisi will have to deal with the political division in the Legislature.

But, Pierluisi, president of the PNP, intervened to argue that the proposed measure would be self-executing and would not require action by the Puerto Rico Legislature to regulate the tasks of the State Elections Commission (CEE).

Although the debate on the political future of Puerto Rico is not on the agenda of the Senate of the United States, Hernández Montañez insisted that he will go to court to advocate for the inclusion of a Commonwealth option if the current territorial status is excluded from the ballot of a potential plebiscite and/or if an attempt is made to override the Legislature of Puerto Rico.

For its part, the PNP delegation in the Senate, in a letter to Grijalva, also demanded an opportunity to discuss the bill.

In a press release, the 10 PNP senators, led by Thomas Rivera Schatz, stated that while they are enthusiastic about the legislation, “It is important that our delegation is given an opportunity to sit down and discuss the many positive aspects that we understand this project represents, as well as to take time to explain some of our recommendations to make it better.”

Pierluisi, Commissioner González, vice president of the PNP, and the community’s own board of directors have already endorsed the draft legislation, without asking for changes.

For his part, the general secretary of the Puerto Rican Independence Party (PIP), former senator Juan Dalmau, said that the meeting of his community with the group headed by Grijalva is scheduled for Friday at his party’s headquarters.

At the meeting, Dalmau will be accompanied by the president of the PIP, former senator Rubén Berríos Martínez, and the constitutionalist Carlos Gorrín Peralta, professor at the Law School of the Inter-American University.

“The draft bill presented in Congress on the status of Puerto Rico is an important step because it means that the United States, which had already stated that Puerto Rico is an unincorporated territory, subject to the plenary powers of Congress, that is, a a colony according to international law, now it says that it must cease to be so,” Dalmau said.

The draft legislation that can push the leadership of the United States House of Representatives proposes a plebiscite between statehood, independence and free association for November 5, 2023. If no alternative obtains 50% plus 1 of the votes , there would be a second round on March 3, 2024.

According to the proposal, statehood, if the referendum is won, could be proclaimed by the president of the United States in just one year, without detailing the fiscal complications of the transition, which, according to sources in Congress, would depend on other laws.

But the draft legislation alludes to a transition process for independence and free association, by which free transit between the two countries is guaranteed and the same federal subsidies that are now received -although in a block allocation-, during the entire one of each. In the case of independence, free transit between the two countries would be extended for 25 years.

Federal grants under independence and free association would be reduced annually by 10% beginning in year 11.

Through the first pact of free association, the children of two American parents could practically automatically access American citizenship.

However, Hoyer, Velázquez and Ocasio Cortez have stressed that the intention is to guarantee US citizenship to those born on the island during the first free association pact, the term of which will be subject to negotiation. Congresswoman Velázquez has also indicated that they will seek to “make clearer” the language on access to citizenship under free association.

6 key points of the consensus measure to resolve the status of Puerto Rico through a plebiscite endorsed by the US Congress.