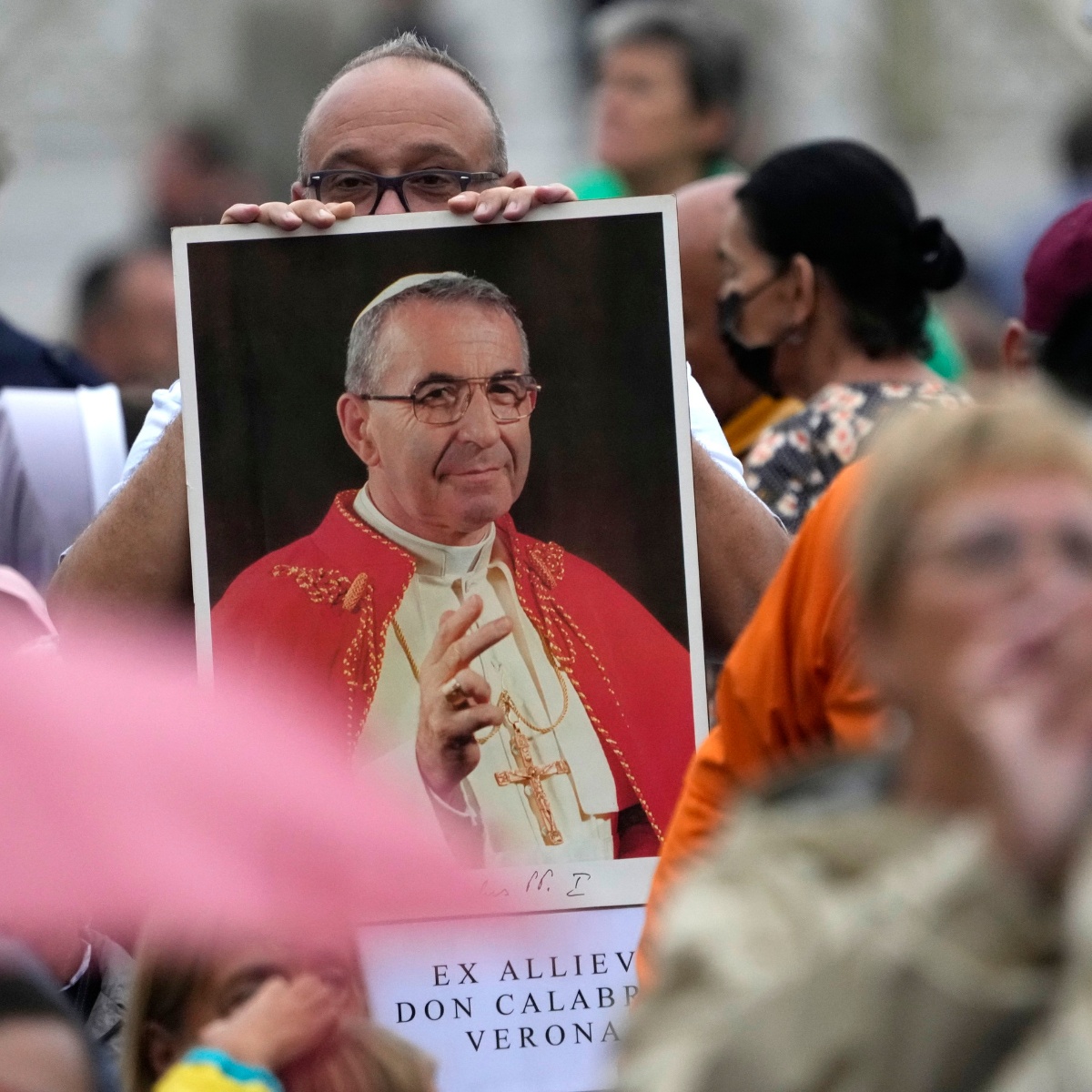 the former pontiff John Paul Ionce nicknamed the “Smiling Pope”, was beatified for him Pope Francisco at a ceremony in Vatican in front of thousands of faithful Catholics.

John Paul I, born Albino Luciani, is remembered more for his sudden and strange death than for his life.

He was pope just 33 days before he died of a heart attack on September 28, 1978. On Sunday, Pope Francis declared him “blessed,” the necessary prelude to full sainthood.

Why was John Paul I beatified by Pope Francis?

“With a smile, Pope John Paul managed to communicate the goodness of the Lord,” Francis said in his homily.

For a Catholic to be beatified, the Pope must approve a miracle attributed to intercession in prayer.

In the case of John Paul I, that miracle was the medically inexplicable recovery in 2011 of an 11-year-old girl hospitalized in Buenos Aires with brain swelling and septic shock. Her parents had prayed to the former Pope for help.

If John Paul I is declared to have influenced another miracle, he will be eligible for canonization as a saint.

The abrupt death of Pope John Paul I

As we mentioned in AmericanPost.Newsthe abrupt death of Pope John Paul I, whose body was found in his bedroom in the Apostolic Palace, generated instant suspicion.

Biographer Christophe Henning said the rumors can be explained by his sudden death and the Vatican’s “calamitous communication” at the time.

At first, the Vatican refused to acknowledge the presence of a woman in his bedroom, saying a priest found him dead. However, they later corrected the account to say that a nun had found the body. An autopsy was not performed to determine the cause of death.

In the 1984 book “In the Name of God: An Inquiry into the Assassination of Pope John Paul I,” British author David Yallop argued that the Pope was poisoned by conspirators connected to a secret Masonic lodge with ties to the Vatican and its bank. But The New York Times nonetheless ridiculed Yallop’s investigative techniques.

In 1987, another Briton, John Cornwell, wrote a book called A Thief in the Night, meticulously dismantling the conspiracy theories.

“There is no truth to it,” Vatican Secretary of State Cardinal Pietro Parolin said when asked about the conspiracy theories on Italian television on Friday.

“It’s a shame that this story, this crime novel, continues. It was a natural death. There is no mystery about it,” Parolin said.

Italian journalist and author Stefania Falasca, who spent 10 years documenting the life of John Paul II and looking at his medical history, also wrote several books about him.

She has called the conspiracy theories “advertising-driven garbage.”

It may interest you: Pope Francis left the Vatican, these are the photos that confirm it

John Paul I had led a life of ‘heroic virtue’

Pope John Paul I, the last Italian Pope, was seen as a man of consensus, of humility and simplicity, with a strong sense of pastoral duty.

“Open to dialogue and listening, he gave priority to pastoral visits and direct contact with the faithful,” the Vatican said in a beatification brochure.

John Paul I defended the Church’s opposition to abortion and contraception, while also seeking to reform his government.

In 2017, Pope Francis approved an earlier step in the church’s sainthood process, a declaration that John Paul I had led a life of “heroic virtue.”