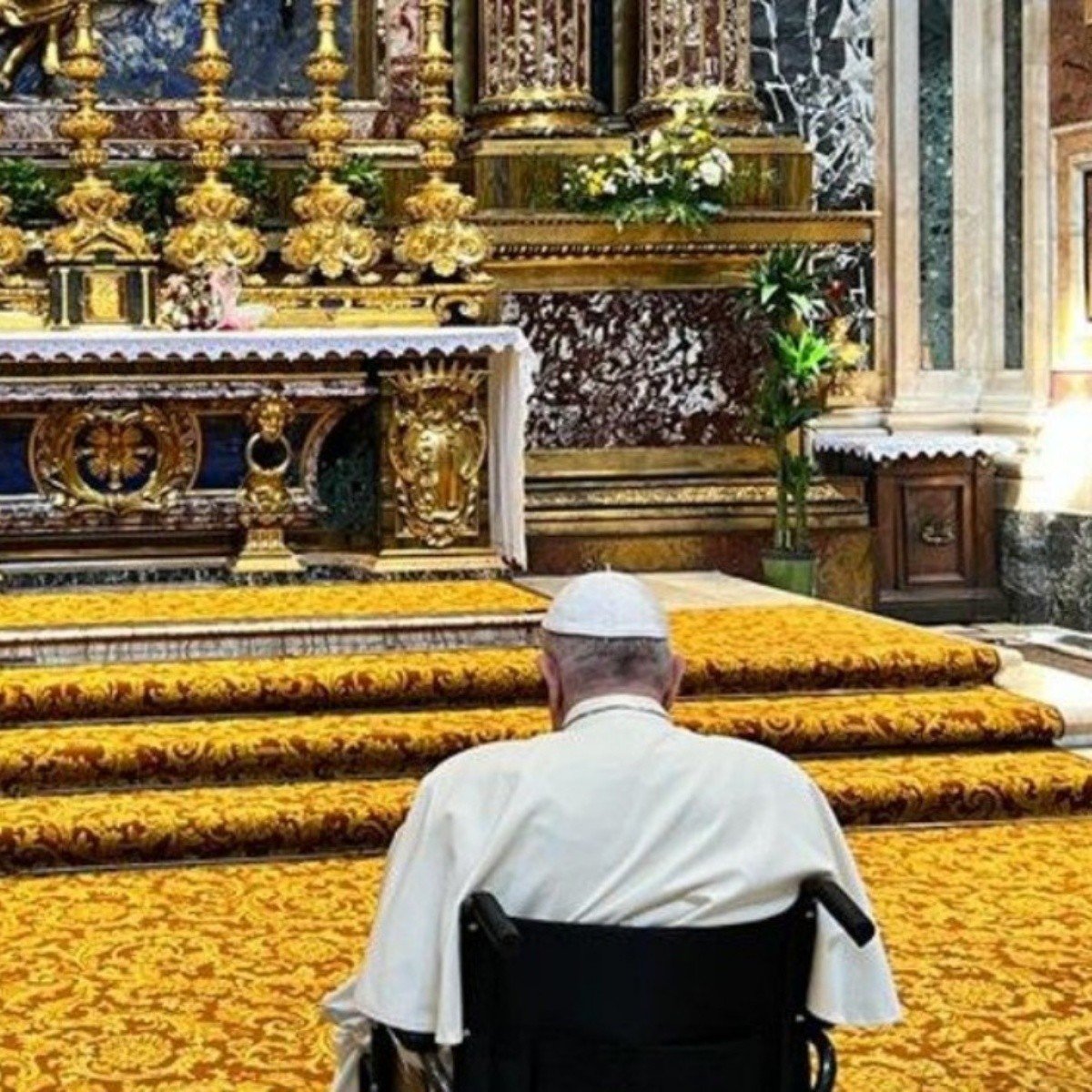 The Pope Francisco opened the door to a possible resignation after a tour in Canada, making it clear that it is possible another pope will take over.

At 85 years old, and with a broken knee that causes pain when walking, Francis continues to carry the word of God throughout the world.

However, he is not closed to the possibility that his time at the head of the Catholic Church ends: “The door is open. It is a very normal option.”

He clarified that he is not currently thinking of resigning, but still recognizes that he must reduce his pace of travel.

Although to Francisco he would love to make more trips around the world taking piety, humility, love and fraternity around the world, his state of health is not optimal. And calmly, she accepts that it is possible that his time will end, maybe not today but “the day after tomorrow”.

In the last six days, he has barely managed to take a few steps and is forced to move around in a wheelchair due to a knee injury.

“I don’t think I can go at the same pace as before. I think that at my age and with this limitation, I have to save a little to be able to serve the Church or, on the contrary, think about the possibility of stepping aside. This in all honesty: it’s not a catastrophe, you can change dad, no problem! But I think I have to limit myself a little with these efforts.”

Your health problem cannot be solved through surgery, or at least it is not what you want. He said: “The knee operation is not going, it is not going in my case. The technicians say yes, but there is the whole problem of anesthesia: I underwent more than six hours of anesthesia ten months ago and there are still traces. I don’t know It plays with anesthesia. And that’s why you think it’s not entirely convenient.”

Even with his knee condition, the pope said he will try to “continue traveling and being close to people, because I think it’s a way of serving, of being close. But I can’t say more than that.”

During the last days, the Pope Francisco has used a wheelchair, sometimes a cane or walker to support himself, due to a fracture and an inflamed ligament that causes severe pain in his knee when walking.