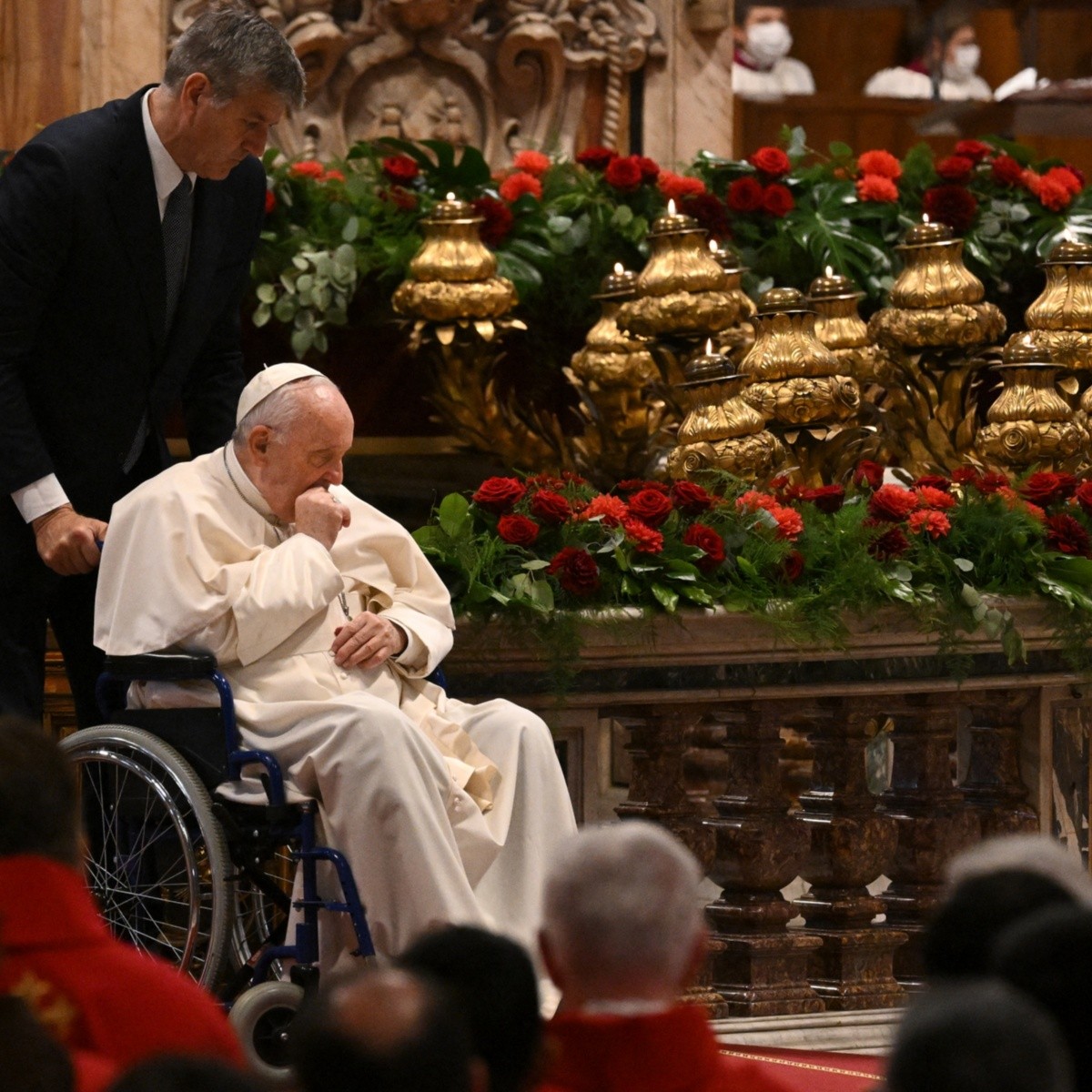 ROME.- The Pope Francisco fueled rumors about future of his papacy announcing that he would visit the central Italian city of L’Aquila in August for a festival initiated by Pope Celestine V, one of the few pontiffs to resign before Benedict XVI left office in 2013.

Italian and Catholic media have published speculations without known sources that Pope Francis, 85, may have plans to follow in Benedict’s footsteps given their increasing mobility problems, which have been forced to use a wheelchair in the last month.

Those rumors gained traction last week when Francis announced a consistory to create 21 new cardinals, scheduled for August 27. Sixteen of those cardinals are under 80 and could vote in a conclave to choose Francis’ successor.

Once they join the ranks of the hierarchs of the Church, Francis will have added 83 of the 132 cardinals of voting age. While there are no guarantees on what those cardinals might vote for, the numbers increase the chances that a successor who shares Francis’s pastoral priorities will be chosen.

When announcing the August 27 consistory, Francis also announced that he would hold two days of meetings the following week to brief the cardinals on his recent apostolic constitution to reform the Vatican bureaucracy. That document, which goes into effect on Sunday, allows putting women in charge of Vatican officesimposes term limits on priests who are Vatican employees and places the Holy See as an institution at the service of local churches, and not the other way around.

Francis was elected pope in 2013 with a mandate to reform the Roman Curia. Now that the nine-year project has been presented and at least partially implemented, in a way Francis’ main task as pope has been completed.

All of this meant that Saturday’s otherwise routine announcement of a pastoral visit to L’Aquila fueled more speculation than under other circumstances.

The date was striking: the Vatican The US and the rest of Italy are typically on vacation in August and into mid-September, with few non-essential businesses remaining open. Convening a consistory in mid-August to create new cardinals, gathering religious for two days to discuss the application of the reform and making a symbolic pastoral visit indicate that Francisco could have in mind something more than the daily activity of his position.

“With today’s news that (the pope) will be going to L’Aquila in the middle of the August consistory, everything became even more intriguing,” tweeted Vatican expert Robert Mickens, who linked to an essay published in La Croix International. about the rumors surrounding the future of the papacy.

The basilica in L’Aquila houses the tomb of Celestine V, a hermit pope who resigned after five months in 1294, overwhelmed by the task. Benedict visited L’Aquila in 2009, after it was devastated by an earthquake, and prayed at Celestino’s tomb, where he left his stole.

No one appreciated the importance of the gesture at the time. But four years later, Benedicto, 85, followed in Celestino’s footsteps and resigned.noting that he no longer had the strength of body and mind to shoulder the tasks of the papacy.

The Vatican announced Saturday that Francis would visit L’Aquila to celebrate a mass on August 28 and open the “Holy Door” in the basilica where Celestino is buried.. The dates coincide with the celebration of the Feast of Forgiveness in the temple, created by Celestino in a papal bull.

No pope has traveled to L’Aquila since then to close the annual feast, which celebrates the sacrament of forgiveness that Francis values ​​so highly, said the current archbishop of L’Aquila, Cardinal Giuseppe Petrocchi.

“We trust that everyone, especially those hurt by conflicts and internal divisions, can (come) and find the path of peace and solidarity,” he said in a statement announcing the visit.

Francis has praised Benedict’s decision to withdraw and noted that “opens the door” for future parents to do the same. He originally predicted that his papacy would be short, two or five years.

nine years later, Francisco has not given signs that he wants to resignand still has important projects underway.

In addition to his upcoming trips this year to the Democratic Republic of the Congo, South Sudan, Canada and Kazakhstan, he has scheduled a major meeting of bishops from around the world in 2023 to discuss the increasing decentralization of the Catholic Church, as well as the application of his reforms.

But Francisco has been hampered by a ligament strain in his right knee that makes walking painful and difficult.l. He has told friends that he doesn’t want to have surgery, reportedly because of his reaction to anesthesia last July when 33 centimeters (13 inches) of his large intestine were removed.

This week, one of his closest friends and advisers, Honduran Cardinal Óscar Rodríguez Maradiaga said talk of a papal resignation or the end of Francis’ papacy was unfoundeddescribing them as “optical illusions” in statements to Religión Digital, a Spanish-language Catholic website.

Christopher Bellitto, a church historian at Kean University in Union, New Jersey, noted that most Vatican experts expect Francis to resign at some point, but not before Benedict dies. The 95-year-old pope emeritus is in delicate physical shape but is still conscious and receives occasional visitors at his home in his Vatican gardens.

“You’re not going to have two popes emeritus hanging around,” Bellitto said in an email. Referring to Francis’ planned visit to L’Aquila, he suggested not drawing too many conclusions, noting that almost everyone missed Benedict’s gesture in 2009.

“I don’t remember much news then that said Benedict’s visit in 2009 had made us think he was going to resign,” he said, suggesting that Francis’ pastoral visit to L’Aquila could be just that: a pastoral visit.