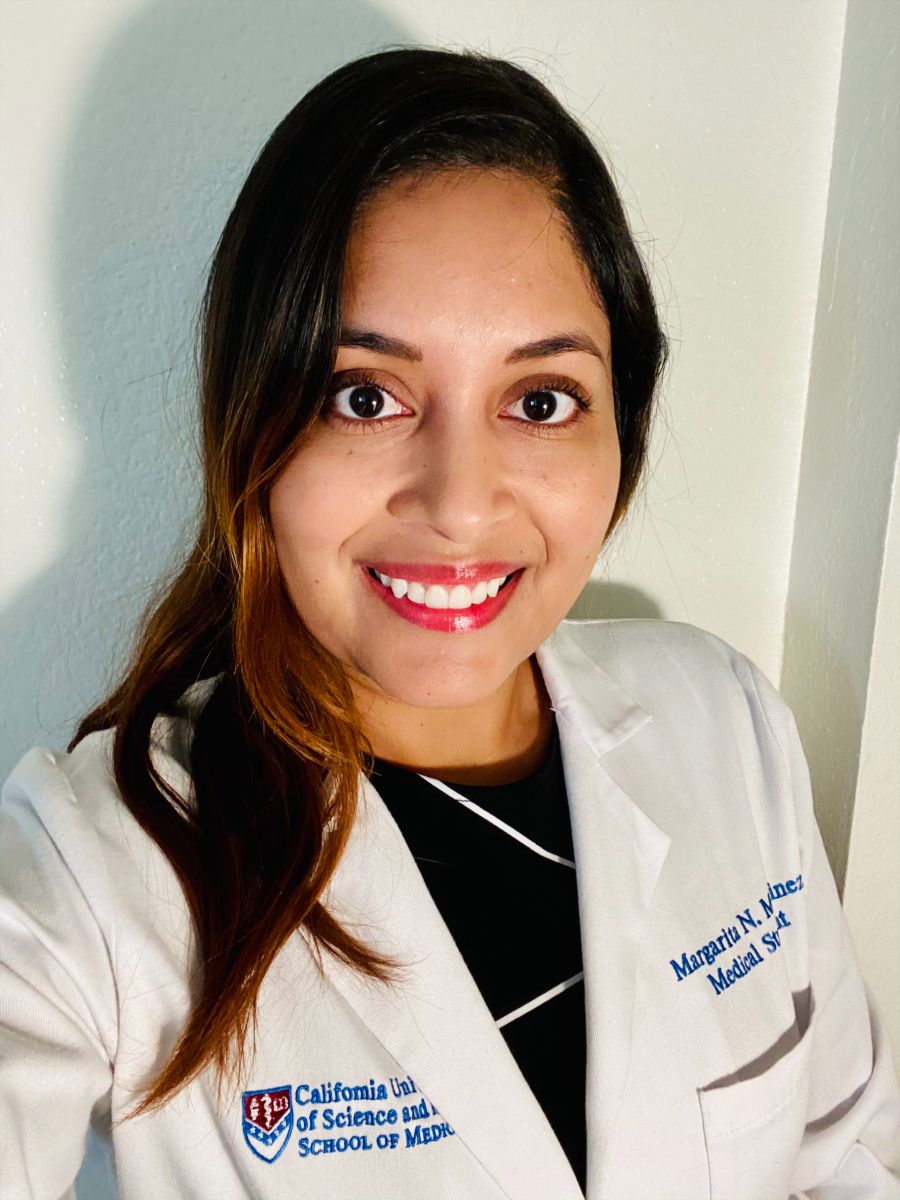 Margarita Martínez, the proud daughter of workers in the fields of Oxnard, will graduate this May 21 as a doctor from the California University of Science and Medicine in San Bernardino.

For the month of June, she will begin her practice at the Harbor UCLA hospital in Torrance as a doctor of internal medicine.

The 32-year-old doctor said she is the youngest of five children and the first to earn a college degree. She said that her parents and siblings are very proud of her achievements because despite knowing the difficulty of picking strawberries and blackberries in the fields, they are also proud to have a doctor in the family.

She said that despite the fact that she has not formally received the title, she has had to be the doctor of her parents and uncles when she goes to visit them.

“They ask me a lot of medical questions related to medicine and high blood pressure and I know they don’t understand medicine well and I’m in charge of explaining it to them,” Martínez said.

The young woman born in Ventura of Mexican parents said that it was her personal experiences as well as those of some relatives and acquaintances that motivated her to study medicine.

She said that from a very young age she had to be the translator for her parents when they went to the doctor. As a low-income family, the Martínez only had Medi-Cal but on several occasions they faced problems since some clinics did not accept government health insurance.

Also, her mother told her that when she was pregnant she always had the same problem at her medical appointments because, because she did not speak English, she could not explain to the doctor how she felt.

Martinez said all of her siblings were forced to work to help support the household and she was the only one who had the chance to continue her higher education after graduating from high school in 2008.

“I didn’t know what I was going to do with my life but my parents encouraged me to continue studying and I entered the community college in Ventura,” said the young woman.

Once in college, she participated in groups like Math, Engineering, and Science Achievement (MESA) that supported her in exploring medical education opportunities. She volunteered at a hospital and liked the idea of ​​helping the patients, who in turn were very happy to see that there was someone who spoke Spanish and looked like them.

This motivated him to want to go into medicine and after two years of community college he transferred to UCLA to study biochemistry. There he was also part of the Latino Medical Student Association (LMSA).

Although she was very excited to be able to start studying the career that she was passionate about, she also felt fear and a feeling of not belonging to the school she was attending.

“You feel inferior because there were many students who were not like me [física o económicamente]”, recalled the young doctor.

Additionally, her financial aid was limited so she also had to limit her spending which included not eating out and being extremely cautious with her spending.

The first year she was able to get financial help to pay for an apartment and the second year she had to start driving from work to school in order to save money.

Once she graduated in 2013, she decided to return to Oxnard and work at a local clinic. His goal was to take a break from his studies but not walk away from medicine while paying off debts he had accumulated.

In 2018, he re-entered to continue his career at the California University of Science and Medicine in San Bernardino.

Martínez said that she feels lucky to be able to finish her degree but would like to see more Latinos enter medicine since we are short of Latino doctors.

In her graduating class of 64 there are no Latino men and there are three Latinas but she is the only one with both Latino parents.

In 2019, the Association of American Medical Colleges (AAMC) indicated in a report that the shortage of doctors in the United States could worsen in the next 15 years, since the representation of black and Latino doctors does not reflect the diversity of the country.

In that year, only 3.8% of physicians identified themselves as Hispanic, Latino, or of Spanish origin. However, it was projected that almost 45,000 new doctors would be needed in the next decade and a half to serve the Hispanic population, which is the fastest growing in the country.

However, by 2020, and with the start of the covid-19 pandemic, the number of medical applicants increased slightly. The AAMC reported that the number of first-year students at U.S. medical schools increased 1.7% in the 2020 academic year, with an increase in Black, Latino/Spanish, and American Indian/Alaska Native students.

Martinez said the reason may be because there aren’t many mentors who look like Latinos to motivate them to pursue a degree.

“Apart from the sense of inferiority, the money to go to university and think that they are not capable of taking the degree is what stops many,” said the doctor.

She said that she hopes to be the change and become not only a doctor who speaks Spanish and understands the culture of Latinos, but also a mentor for new generations.