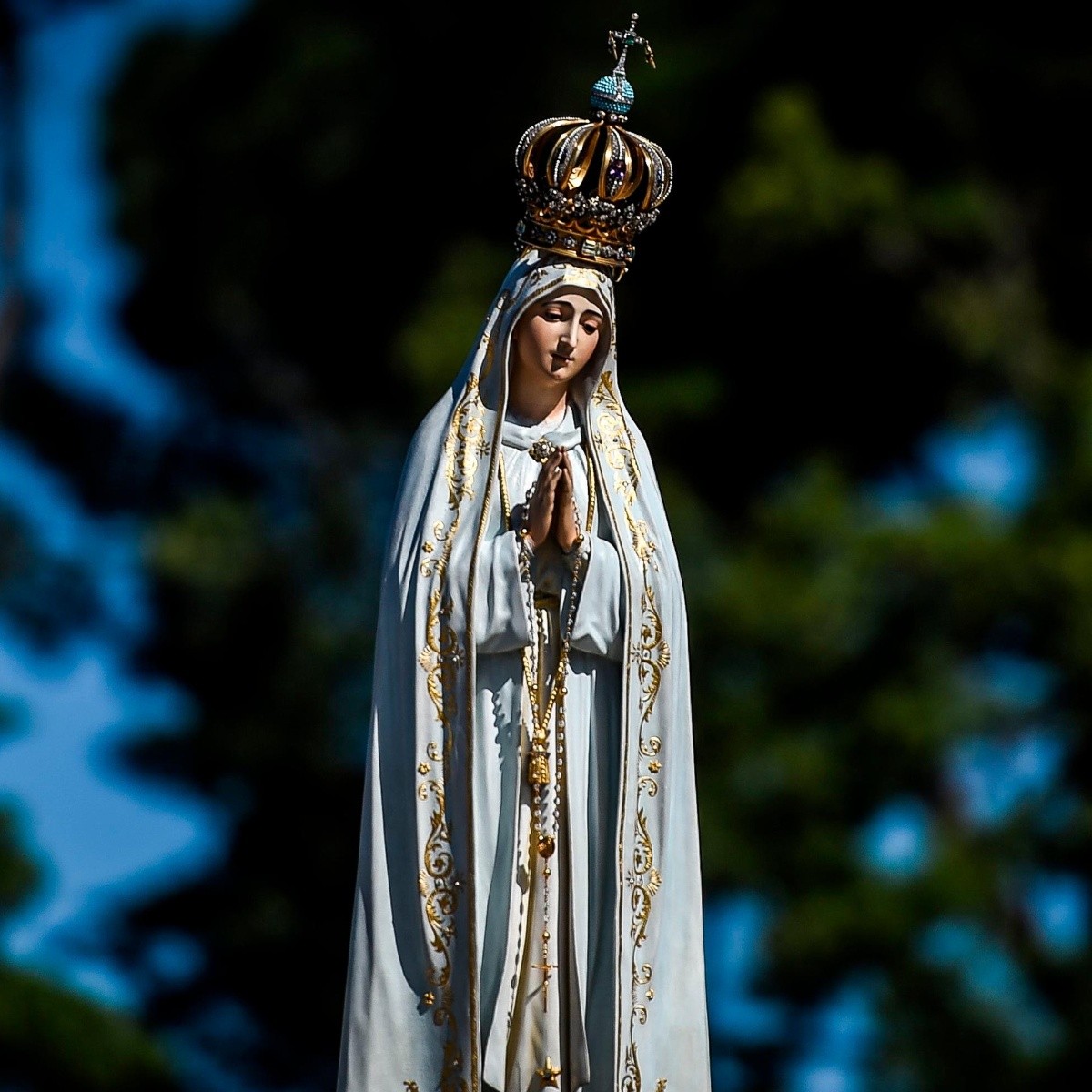 the cult of Fatima has its origin between May 13 and October 13, 1917a period during which three Portuguese children -Lucía, Jacinta and Francisco- assured that they had witnessed several apparitions of the Virgin.

The three minors, who were shepherds of a flock, assured that the Virgin made several revelations to them in those meetings, which make up the prophecy of Fatima.

The stories of the apparitions made Fatima a prominent place of pilgrimage for believers, who visit this small Portuguese enclave each year by the thousands.

In 2017 the sanctuary commemorated the centenary of the apparitions with the presence of Pope Francis, who canonized the brothers Jacinta and Francisco Marto, the first children not considered martyrs to be declared saints. We leave you several prayers to the Virgin of Fatima.

Who is he, miracles and what did he say?

The Virgin of Fatimaofficially called Our Lady of the Rosary of Fatima, is a representation of the Virgin Mary whose birth, so to speak, came after an apparition to three little shepherds named Lucia, Francisco and Jacinta Marto. This, in the town of Aljustrel, in Fátima, municipality of Ourém, Portugal.

Although this event is popularly mentioned as “the apparition of the Virgin of Fatima”, we must consider that in reality the deity would have appeared six times before minors in the year 1917.

During her acts of presence throughout a century, the Virgin would have spoken about events such as the Russian Revolution; about times of war at the end of the First World War; and finally, about Pope Saint John Paul II, about whom she would have predicted the attack that she suffered on May 3, 1981 c in Saint Peter’s Square.

The popularity of the Catholic faith increased in the region and crossed borders because it is said that on October 13, 1917, the Virgin of Fatima performed a miracle. Those who were there assure that there was a tremor in the Sun before thousands of pilgrims.

Prayers to the Virgin of Fatima

O most holy Virgin! You who appeared innumerable
times the children and that you led a whole community
Of believers under the precepts of the Holy Father.

You who are the true mother who with mercy
And love feeds the souls of those who believe in God.

O my mother!
In your holy hands I place my destiny and
I thank you infinitely for having accompanied me
And guarded from the very moment
I put my hopes in you.

I ask you not to forsake me and
Always protect me with fidelity,
Amen.

Prayer to the Virgin of Fatima to ask for a miracle

Oh our Lady of Fatima!
Sweetest Virgin Mary that you deposited
In all of us messages of peace, love and hope.

You who carry thousands of devotees on your back and who listen
Our requests with patience and care.
Today I come before you so that you can help me in these
Hours of doubt in which only you can help me.

Read more about: 6 Short Prayers to the Miraculous Virgin
Let me get over this I’m going through
And make the miracle take over this situation so that I,
With your graceful mantle, I can rejoice
With the skills to be a faithful devotee.
Amen.

Prayer to Our Lady of Fatima for children

In another order of ideas, if what you want is to initiate the little ones in devotion to the figure of this Virgin, you can use the following prayer for the corresponding cases:

Holy mother of mine!
Oh sweet Virgin of Fatima who enlightened infants like me
And that you led an entire region to the true faith.
You who protect the little ones and full of
Tenderness and love the hearts of the most innocent.

Today I beg you not to abandon me despite
The circumstances and that you protect me at all times
To stray from the path of the Lord.
Amen.

Prayer to the Virgin of Fatima for health

Dear Virgin of Fatima;
You who radiate maternal benevolence
And that you are always at our right side accompanying
To everyone who places their trust in your name.
Today, being a faithful and merciful devotee, I beg you
That you help me in these moments where the bewilderment
Due to my state of health, it does not allow me to think clearly.
I ask you to mediate for my recovery for which I
I will always be grateful to you.
Amen.