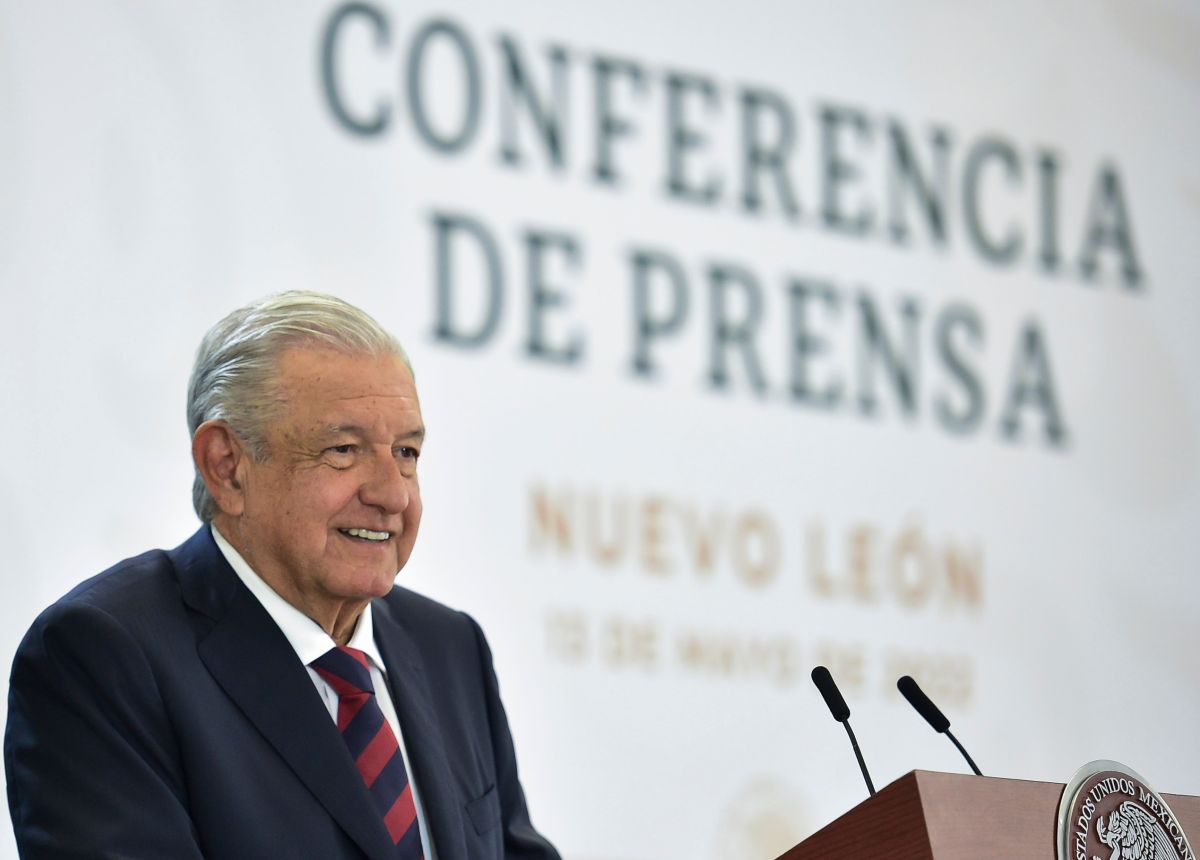 MEXICO CITY – The President of Mexico, Andrés Manuel López Obrador, met this Friday with the parents of Debanhi Escobarthe young Mexican found dead inside the cistern of a motel in the state of Nuevo León after several days disappeared and whose second autopsy ensures that she was murdered.

“I already met with Debanhi’s parents this morning. (…) I made the commitment to help clarify what happened and that there is no impunity“, sentenced the president during his usual morning press conference, which this time took place precisely in Monterrey, capital of the northeastern state of Nuevo León.

López Obrador stressed that there will be no impunity in this case. “Zero corruption, zero impunity, whoever it is,” he said.

Regarding the young woman’s parents, Mario Escobar and Dolores Bazaldúa, the president said that they are “very good people.” “They are a teacher and his wife and as parents they are very hurt, broken,” he admitted.

On Thursday, the newspaper El País made public that, according to the second forensic report to which it had access, Debanhi was the victim of sexual abuse and was murdered.

The Spanish media points out that the opinion, which reviews the first official autopsy, rules out an accident, a line of investigation that the Nuevo León State Prosecutor’s Office has followed.

This second report, requested by the family, indicates that Debanhi was hit several times with a “blunt agent in the head” and died before reaching the motel cistern.

“It is a violent homicidal death,” says the report, which also indicates that the young woman’s body presented “traces of a violent sexual relationship.”

Debanhi’s case has caused a stir in Mexico and in the world for the image that went viral of her abandoned on the road on April 9 in the northern municipality of Escobedo, after leaving a party and taking a taxi.

Besides, the body was found on April 21 inside a motel cistern which had allegedly been recorded on several occasions in previous days and the State Attorney General’s Office reported a few days later that the death was due to a brain concussion.

In Mexico, on average, more than 10 women are murdered every day and in 2021 they added more than 1,000 femicides, gender-based crimes.

So far this year, the state of Nuevo León has registered a wave of disappearances with at least thirty women still unaccounted for.