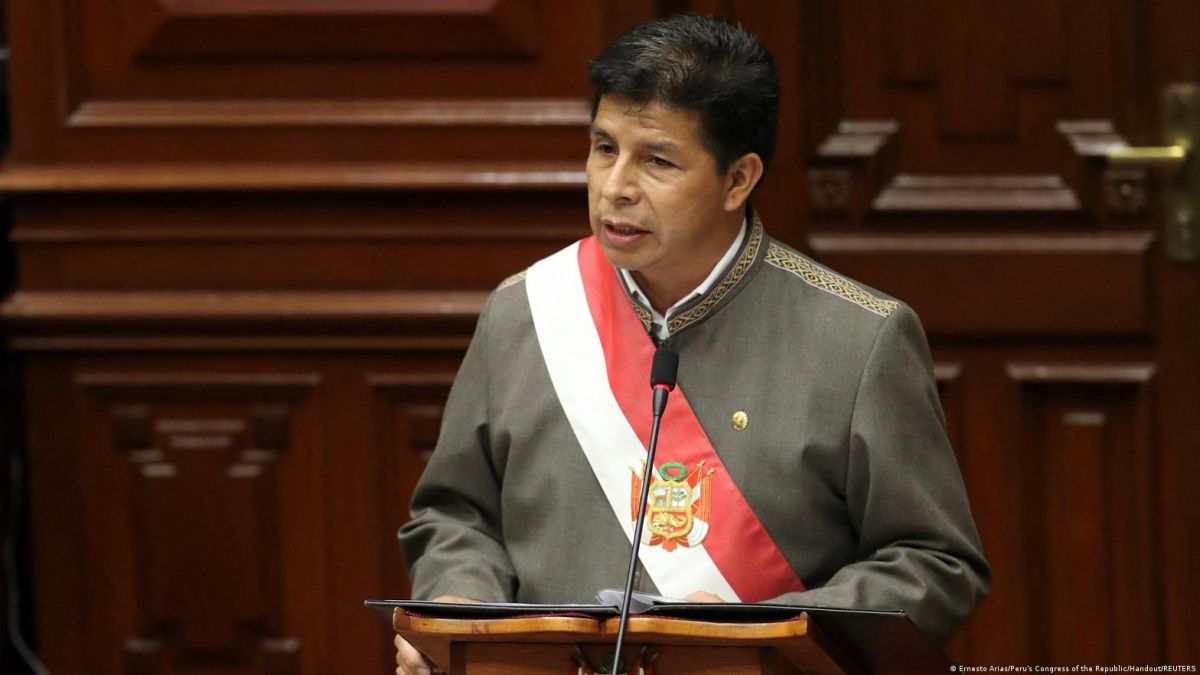 The president of Peru, Pedro Castillo, affirmed that a “political persecution” has been unleashed against him, after the decision of the prosecutor’s office to include him in an investigation for alleged influence peddling.

“I must tell you with indignation that today an irrational political persecution has been unleashed on me, on the president of the republic,” Castillo told the press in the Amazonian city of Iquitos.

In parallel, a team from the prosecution went to the government palace in Lima on Monday to seek information on an alleged irregular hiring of personnel.

“A few hours ago, I had to respond to the staff that is in the Government Palace, where the prosecutor’s office has just been again, hindering the work and denigrating (my image),” said the leftist president.

“I haven’t stolen a penny,” he added.

Prosecutor Rosario Quico has been investigating since January the alleged irregular hiring of personnel in the palace during Castillo’s administration, which began on July 28, 2021.

In addition, the Peruvian prosecutor’s office reported on Sunday that it has expanded an investigation into Castillo for the alleged crimes of influence peddling, criminal organization and aggravated collusion.

Castillo will now be included in the case of the “Puente Tarata III” consortium, which is investigating whether a former Minister of Transport, six legislators, a former Secretary General of the Presidency and two nephews of the president are part of an alleged criminal network headed by the president.

The prosecution stated that “the president was notified and will be guaranteed the full exercise of his right to defense.”

The lobbyist businesswoman Karelim López accused the president and his closest entourage, including the two nephews, of having formed a criminal network to illegally award public works contracts.

López cooperates with the prosecution under the legal umbrella of “effective collaboration” (rewarded denunciation). If her denunciations are proven, she could obtain a lesser sentence if she is convicted by the courts.

The scandal broke out when the press revealed López’s negotiations with Castillo so that the consortium known as “Puente Tarata III” would win a tender to build a bridge in the Amazonian region of San Martín.

Peruvian law prevents a president from being prosecuted while he is in power. Castillo ends his term in July 2026.