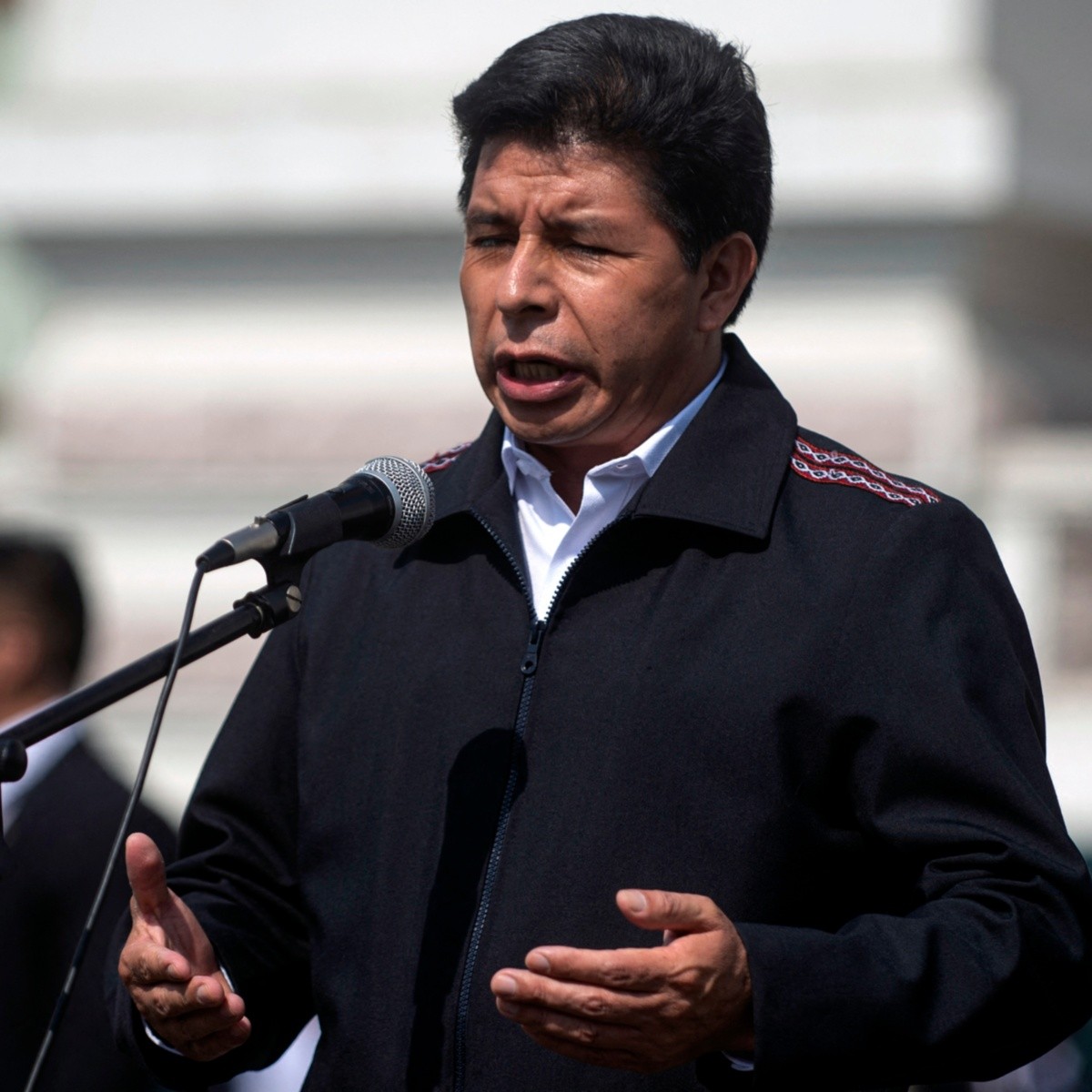 The president of Peru, peter castlerefused at the last minute to receive this Monday a congressional commission that had planned interrogate him about a case of alleged corruption which can lead to an impeachment order against you.

“We have recommended to the president that he not receive the Congressional Oversight Commission,” Castillo’s lawyer, Benji Espinoza, told reporters.

“The President of the Republic will not declare for not respecting the minimum guarantees of due process” by the Commission, with an opposition majority, he argued.

The congressional commission and the leftist ruler had agreed a week ago to meet this Monday.

The lawyer questioned why the president of the commission had told the press that they had evidence against Castillo, which he interpreted as a advance condemnatory opinion outside of his research work.

Castillo’s change of opinion comes after he himself had expressed last week “his total willingness to receive this commission in the presidential office.”

Despite the fact that the refusal was made public early this Monday, the members of the commission went to the Government Palace to record that they were not received.

“No lawyer attended. It is a lack of respect from the president to the institution of Congress,” declared the head of the commission, the opposition Héctor Ventura.

Castillo was in the Andean region of Huancavelica at the time the meeting at the Government Palace was to begin.

The bench of the ruling coalition denounced that Castillo is the victim of “political persecution disguised as legality.”

The case that has put the president under the scrutiny of the legislators is the same for which the prosecution is investigating him, an unprecedented event in Peru.

The public ministry is investigating Castillo, in power for 11 months, for alleged crimes of influence peddling, criminal organization and collusion aggravated by a cause that involves his political and family environment. However, he cannot bring him to justice as he has immunity as head of state.

This is the investigation into the “Puente Tarata III” consortium, which seeks to determine whether a former Minister of Transport, six legislators, a former Secretary General of the Presidency and two nephews of Castillo were part of a alleged criminal network headed by the president to award a public works contract.

“The president is playing his game, he deceives the population, what he does is a mockery of Congress, (because) he is obliged to render accounts,” opposition congressman Jorge Montoya told Channel N.

Lawyer Espinoza does not rule out that the president respond in writing to the Commission’s interrogation, which the Commission rejects.

In the past, some Peruvian presidents have been questioned in person by congressional commissions.

Castillo already responded to an interrogation by the prosecution 10 days ago.

Four under investigation from the president’s environment are fugitives after a preventive detention order was issued against them.

The commission plans to present the report of its investigation to the plenary session of Congress in a week.

If approved, the way is opened for Castillo -who will be in power for one year on July 28- to face a new request for dismissal.

Congress has failed in two attempts to remove the president, the last one in March, when in a lightning political trial he garnered only 55 of the 87 necessary votes.

The “presidential vacancy” motions have become customary in Peru and caused the fall of the presidents Pedro Pablo Kuczynski (right) in 2018 and Martín Vizcarra (center) in 2020. Since December 2017, Congress has debated six initiatives of this Type.

The clashes between Congress and the Executive led Peru to have three presidents in five days in November 2020.