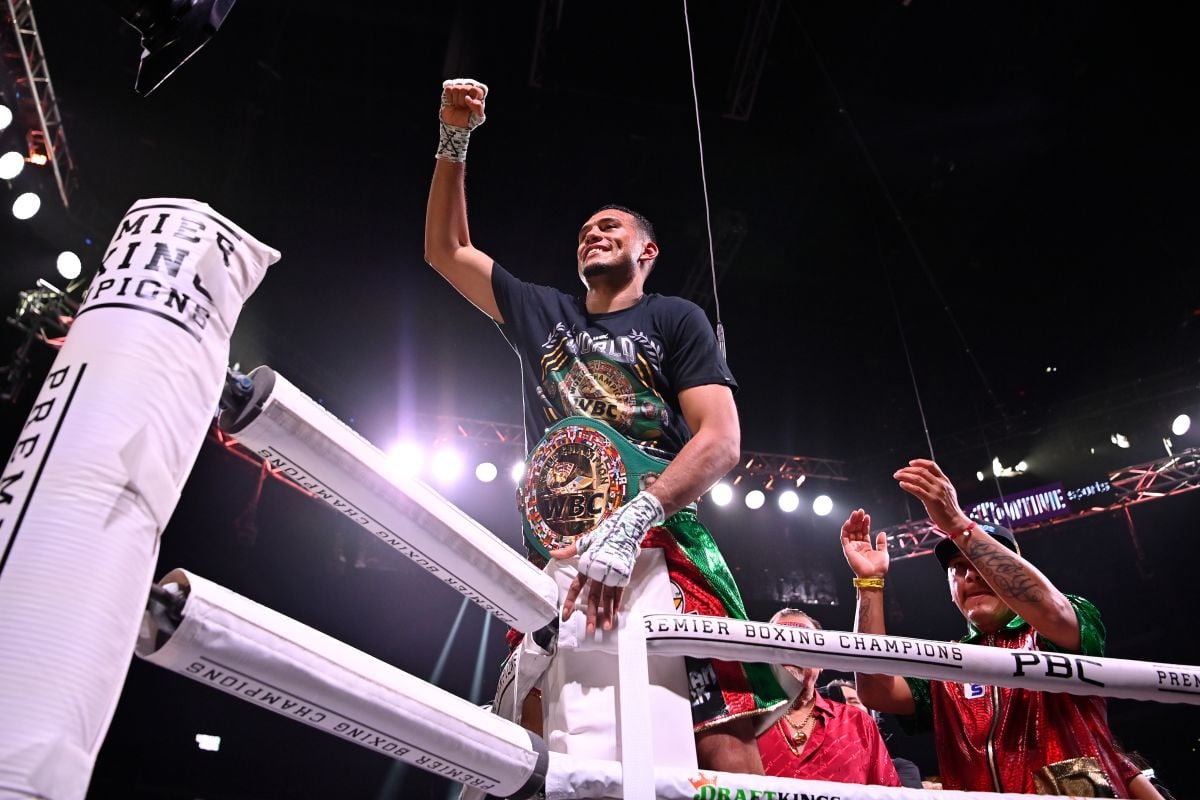 The American boxer of Mexican origin David Benavidez stood out in his most recent presentation on the ring by knocking out the complicated Canadian David Lemieux in the third round. This victory led Benavidez to obtain the WBC championship in the super middleweight division of the World Boxing Council for the third time. For Mauricio Sulaimán, this victory meant the graduation of the young boxer.

“I consider that night to be his graduation from world boxing. Right now this boxer is a reality. He managed to place himself among the lists of the best champions today, ”said Sulaimán.

It should be remembered that David Benavidez won the world championship at 19 years of age, which earned him the Guinness Record as the youngest boxer in history to win the title of his division.

Sulaiman’s compliments continued, he pointed out that with the championship came fame and money, accompanied by pleasures and temptations, which led “Bandera Roja” to make mistakes. It should be noted that Benavidez lost his championship belt for violating the WBC regulations, testing positive for the consumption of prohibited substances.

Sulaimán assured that for any boxer with a weak mind, this event would represent the end of his career, but Benavidez got up and became what he is today.

“He put himself in the hands of experts on the subject of addictions, he changed houses and went far away to another state. He also received psychological help and was always close to the WBC. From there we carefully monitor the process, until we are sure that we would give him the opportunity to fight for the title again. His response was to impose himself on the former world champion, Anthony Dirrell ”, Sulaimán asserted in statements collected by the Solo Boxeo portal.

Pride for the World Boxing Council

For Mauricio Sulaimán, president of the World Boxing Council, David Benavidez is a “pride for the body.” It stands out that David Benavidez is champion three times and in the middle of a history of improvement. “He is a real source of pride for the organization, as well as a true example of how the love of his father and his family, his son and his wife, could provide him with enough motivation to follow the path him like a champion”.

He also had words of praise for his promoter Sampson Lewkowicz, whom he congratulated for having discovered David Benavidez and supporting him in the good times but above all things for not abandoning him in the bad times, when it is more complicated.

At the moment Benavidez, better known as “The Red Flag”, has a record of 26 wins without defeat, including 23 victories by way of chloroform.

. The “Mexican Monster” David Benavídez sends a message to the Canelo Team after adding another knockout and another super middleweight title

. Message to Canelo? Oscar de La Hoya congratulates David Benavidez and puts him as the best of his weight