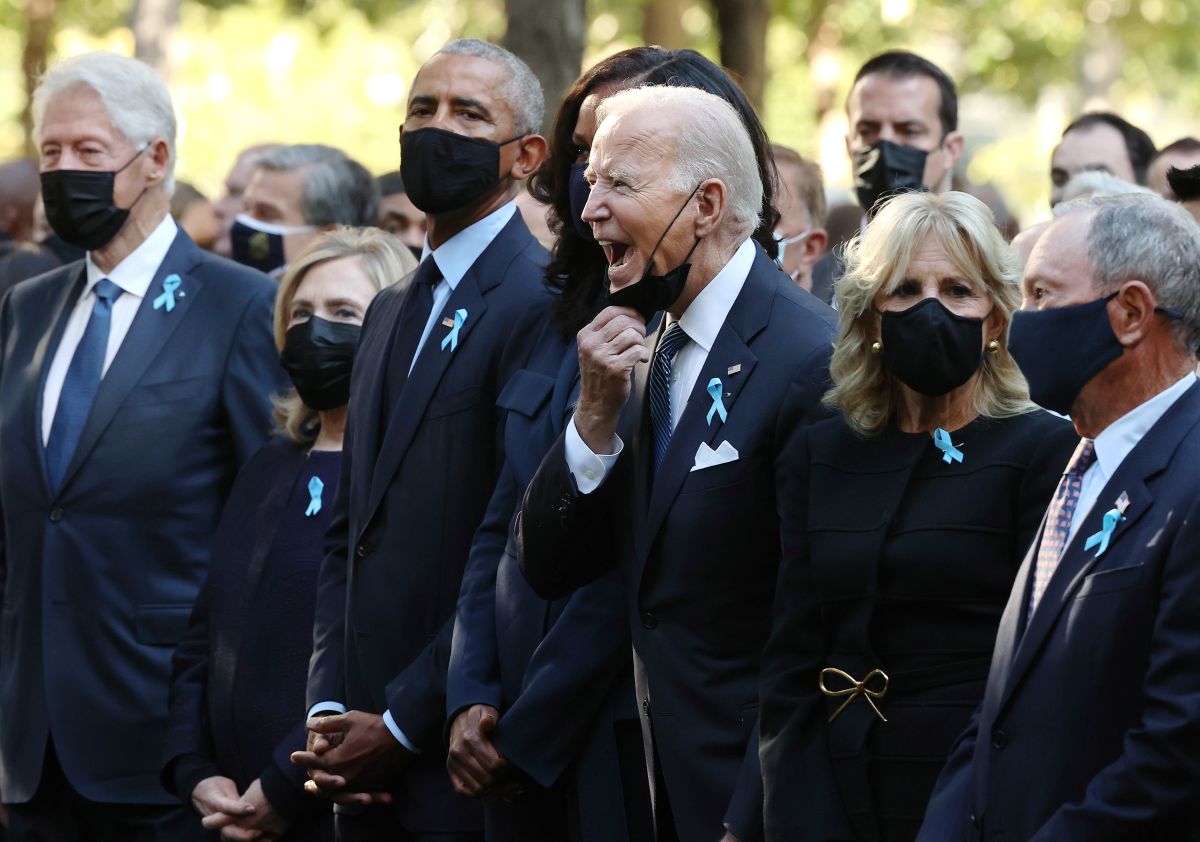 Joe Biden and his Democratic predecessors in the presidency Bill Clinton and Barack Obama coincided this morning at the start of the commemorative events of the 20th anniversary of the terrorist attacks 9/11, in the same place where thousands of people died in New York.

At the ceremony they were last two Republican presidents absent: George W. Bush -who was president at the time of the events in 2001- and Donald Trump. Bush would participate in the events in Shanksville, the area of ​​Pennsylvania where another of the hijacked planes crashed that day.

Trump’s office did not respond to a request for comment from USA Today about your schedule today. However, he is scheduled to be a commentator tonight during a boxing match in Florida.

Biden, Obama and Clinton attended with their wives to the traditional annual ceremony in the place where the twin towers of the World Trade Center before two planes hit both skyscrapers and collapsed within minutes.

This morning they were there too Rudy Giuliani, the Republican mayor of NYC at the time of the attacks, and his successor, the businessman Michael Bloomberg.

Those present have maintained several moments of silence, remembering key hours of the disastrous morning of September 11, 2001. There have been pauses while family members read the list in alphabetical order of all the people who died that day. Some improvise personal and patriotic comments and show photos of their victimized relatives.

The list of victims includes six people who perished right there eight years earlier: at noon on Friday February 26, 1993, New York saw what for years was considered the terrorist attack with the most injuries in its history. Two of them were Hispanic immigrants: the Peruvian Wilfredo Mercado and the Ecuadorian Mónica Rodríguez, who was pregnant at the time of the outbreak.

Biden did not comment on the event that began at 8:30 a.m. and left around 9:45 a.m. The ceremony, which is still going on in New York amid strict security measures and restricted access to affected families, is broadcast live on several television networks, without commercial breaks.

On the eve, last night Biden called for the unity of the Americans and asked to put aside fear during a message to the nation recorded in commemoration of the 20th anniversary of the attacks.

Almost 3,000 people died in the attacks of September 11, 2001 in New York, Washington and Pennsylvania, in the worst terrorist attack in American history. Only 60% of the fatalities of that day have been identified. And several more have died or reported illnesses in later years, as a result of the events.