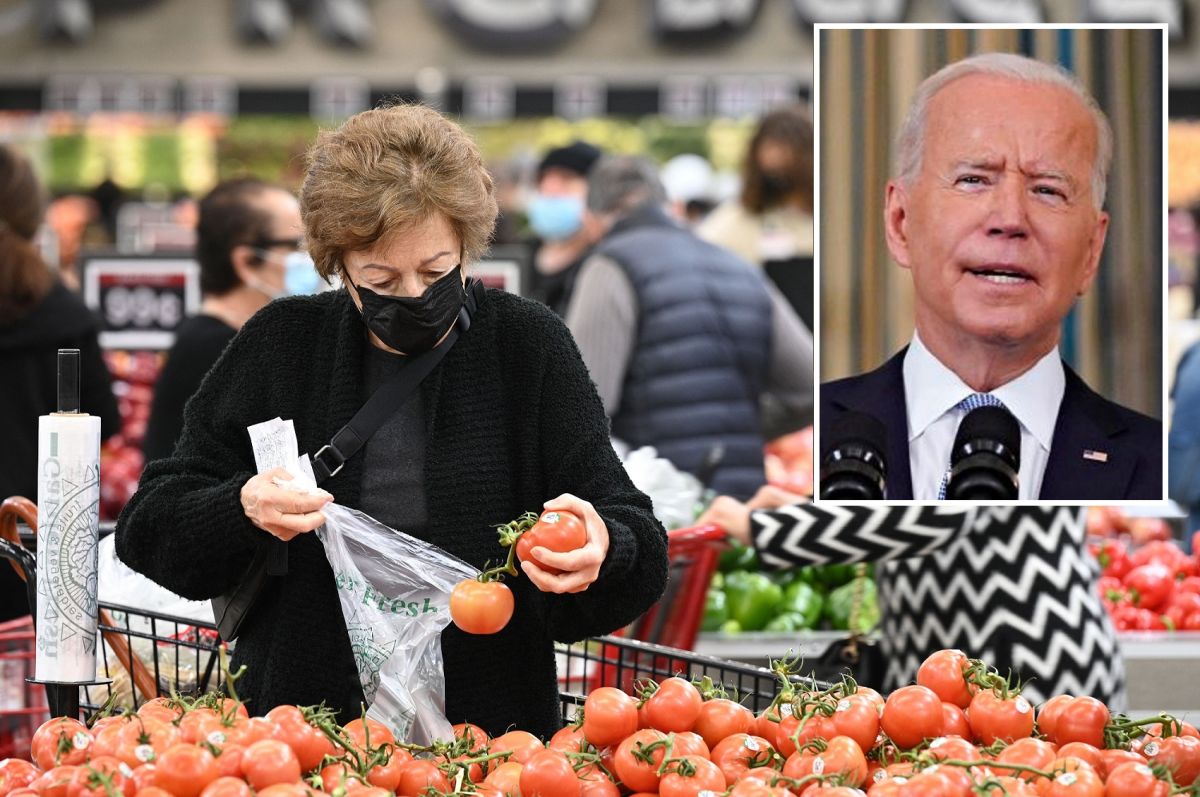 Prices in the United States soared, registering a 7.5 percent increase compared to the same period a year ago. This is the highest increase in the last 40 years, which places the President’s government Joe Biden in a bad position with a direct negative impact on your approval.

The above occurs while the popularity of the democratic president registers a collapseaccording to eight recent polls, which show setbacks and add an average of 39.5% in disapproval, according to the count of Real Clear Politics, which integrates several polls.

The recent data from the Bureau of Labor Statistics is dismal news for Americans and for the Biden Administration, as inflation was expected to rise from last January, but the rise was higher and prices increased 0.6 percent compared to last January. with December.

Although economic experts indicate that the COVID-19 pandemic is a key factor that impacts the economy –and hits the whole world–, this seems minor to the common citizen, since there is a clear impact on their pockets.

There are increases in the cost of food – especially baked goods, cereals, fruits and vegetables –, electricity and housing helped, as well as in home furnishings, clothing and medical care. Cars also maintain a rise registered since the middle of last year.

Perception is key to the relationship between inflation and who to blame. The visible figure is President Biden, since he is in front. A recent NPR article noted that while the US economy was strong, the public was of a different mind and was looking for someone to blame.

“President Biden’s first year in the White House has ushered in record job gains, unprecedented wage increases for low-income workers, and GDP growth not seen in decades,” the report states. “But polls show americans remain deeply cynical about how the president is handling the economyAnd that’s a problem for Biden and Democratic lawmakers heading into the election.”

The main concern for Americans is the economy and jobsas marked by 26% in the Reuters/Ipsos poll, 16 percentage points from the next concern, which is health coverage.

In the Politico/Morning Consult poll, when asked specifically about how they believed President Biden and his team were handling the economy, 55% considered that they “somewhat” or “strongly” disapproved of their work; while 38% gave him some support.

Experts previously consulted by this newspaper confirmed that the main challenge for President Biden and the Democrats in Congress will be to regain confidence in the economy and, to a large extent, it depends on how the coronavirus pandemic is handled.

Economist Alfredo Romero, Associate Professor of Economics at North Carolina A&T State University, advanced last January, when the corresponding inflation report was published, that the problem is that wages do not increase with prices.

“The problem is that you cannot anticipate by what percentage (inflation) is going to rise and it disproportionately affects different economic groups,” he warned. “For Hispanic households, where the largest percentage of their budget is energy, then it means that either you are going to have to lower the thermostat or you will have to stop buying other things that are necessary for your subsistence or your well-being”.