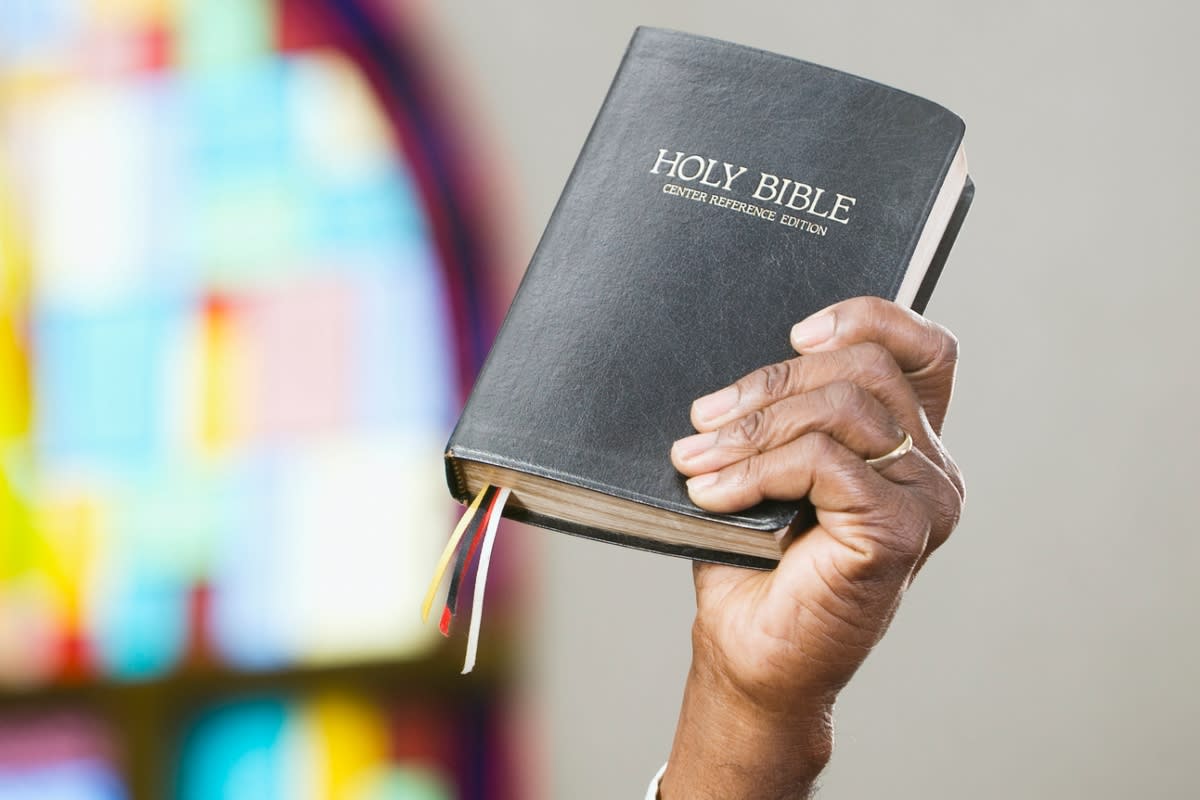 CURIOUS: Preacher steals cell phone with the bible. Today robberies in some areas have become everyday and increasingly sophisticated, as thieves manage to find easier ways to steal without being caught on the spot.

This is what happened in Mexico City, where a video from security cameras has gone viral due to the curious way in which an alleged preacher steals a cell phone. The video was shared through social networks and has generated outrage.

“There is no other way to call this man other than a thief and a phony, I don’t think that person is a father,” said the owner of the place where the alleged preacher steals the cell phone with the same bible, according to the news website Debate.

The elderly man dressed as a priest, carries a backpack and in his hand, what appears to be a bible. The video was taken by security cameras of the restaurant, and shared by the owner of the loca, according to his account.

So the priest steals a cell phone with the bible

The video shows the alleged priest approaching an elderly woman who was enjoying her food along with what appears to be her son. The owner of the premises does not indicate where exactly the restaurant is located or its name, but he issues the warning.

“There is the cell phone, he puts it in and when he takes it ‘bang’ there the miracle of the Lord ‘throws’ it and disappears,” says the man who records the screen where the security images are shown. However, in addition to the robbery, the father does the ‘unthinkable’.

Priest steals cell phone with bible and remains on video

The father immediately leaves but remains at the entrance of the restaurant talking to the manager, according to the owner’s testimony. “The cheeky one is still there,” says the man in the video. Diners quickly realize that the phone is no longer there.

That’s when they ask for the manager’s support and begin to review the ‘crafty little daddy’. “We don’t tolerate that kind of behavior,” says the restaurant owner. In the video you can see how the diners and the manager begin to register it.

The manager of the premises thoroughly inspects the backpack that the supposed father brought, while the diner who was together with the elderly woman leafs through the bible, thinking that there was something strange there. They reviewed it thoroughly but it was not enough.

The man finally leaves with his things, and the confused diners are left not knowing what has happened. But if the father did not bring it, where was the customer’s cell phone? The explanation is also offered by the owner of the premises, who after reviewing the recordings discovered the priest’s secret.

They discover how the cell phone ‘disappeared’

After reviewing the recordings carefully, it is appreciated how the priest approaches the table of another supposed diner moments before being discovered and reviewed by the manager and the clients who noticed the absence of the telephone.

The alleged preacher leaves the phone on the table of another hooded diner, who picks up the phone and puts it away. The accomplice calmly gets up and leaves, fulfilling his robbery. At no time is the face of the man who helps the ‘little father’ with the ‘miracle’.

Social networks did not take long to ‘lynch’ the alleged priest. “Imagine with the alms”, “he is a criminal dressed as a priest”, “very false”, “justices of the world go for that disguised as a father”, comment users on YouTube.

“Some rob restaurants, others rob churches”, “I never stop at mass but my faith is to believe in God, not who makes me believe it,” were other comments. Others even pointed out that the video was “very fake and over-acting.” TO SEE THE VIDEO CLICK HERE.

Pastor fights with parishioners of his Protestant church over money (VIDEO)

On the other hand, another preacher has stolen attention in recent days, and that is, a pastor of the Protestant church, ended up fighting with his parishioners for money that someone allegedly stole. While he argued that it was they who had taken the tithe money, it was the parishioners who were not silent.

The fight did not stop there and the parishioners pointed out that they had supported the pastor, but they could not continue to allow more lies. Although it is not known who recorded the video or where the problem occurred, it is known that the video has become one of the most viral on social networks because the pastor got his dirty laundry and in what way.

Pastor fights parishioners money: They accuse him of stealing money

At the beginning of the video, it is observed how a group of people are arguing over money that is ‘lost’ in a Protestant church. The pastor is the one who begins to clarify the situation that is happening and some parishioners try to understand what is happening with the man.

“We are going to record ”, mentions the woman who is recording the tense moment that occurs with the pastor of that congregation. “Lord, I have nothing to do with this ”, the pastor is heard saying, who is arguing with a man who continues to claim from the pastor what happens with the money lost in the church.

Pastor fights parishioners for money: They try to clarify the situation

Between dimes and diretes, the group of parishioners and the pastor, try to talk about what is happening, mentioning on several occasions that none of those present stole the money that they fight so much. The situation reaches an uncomfortable point that they try to find a woman named María, who would be in charge of clearing up the misunderstanding … but the woman never answers the phone.

“You have nothing to say. ”, Replies the woman who records the discussion, while the pastor begins again to insinuate that the group of parishioners are the ones who stole the tithe money, a situation that gets out of control and for this reason, the woman mentions it’s time to talk to someone else. “We are going to wait for María Acevedo,” repeats the woman, while they wait for her to answer the phone but that does not happen.

The fight reaches a point of no return and the woman recording the argument reminds the pastor that she is the only one who has trusted him. It seems that now there is a new culprit and it is that woman, so the pastor begins to argue with her and complain about the money that was lost and other situations that come up, so the other parishioners begin to defend her.

“Know what? I put my hands in for you, scoundrel, scoundrel, pig, pig. ”, The woman is heard saying totally furious at the accusations against her, while the others complain to the pastor for stealing the money from the church. Clearly the pastor must defend himself, so he ignores others.