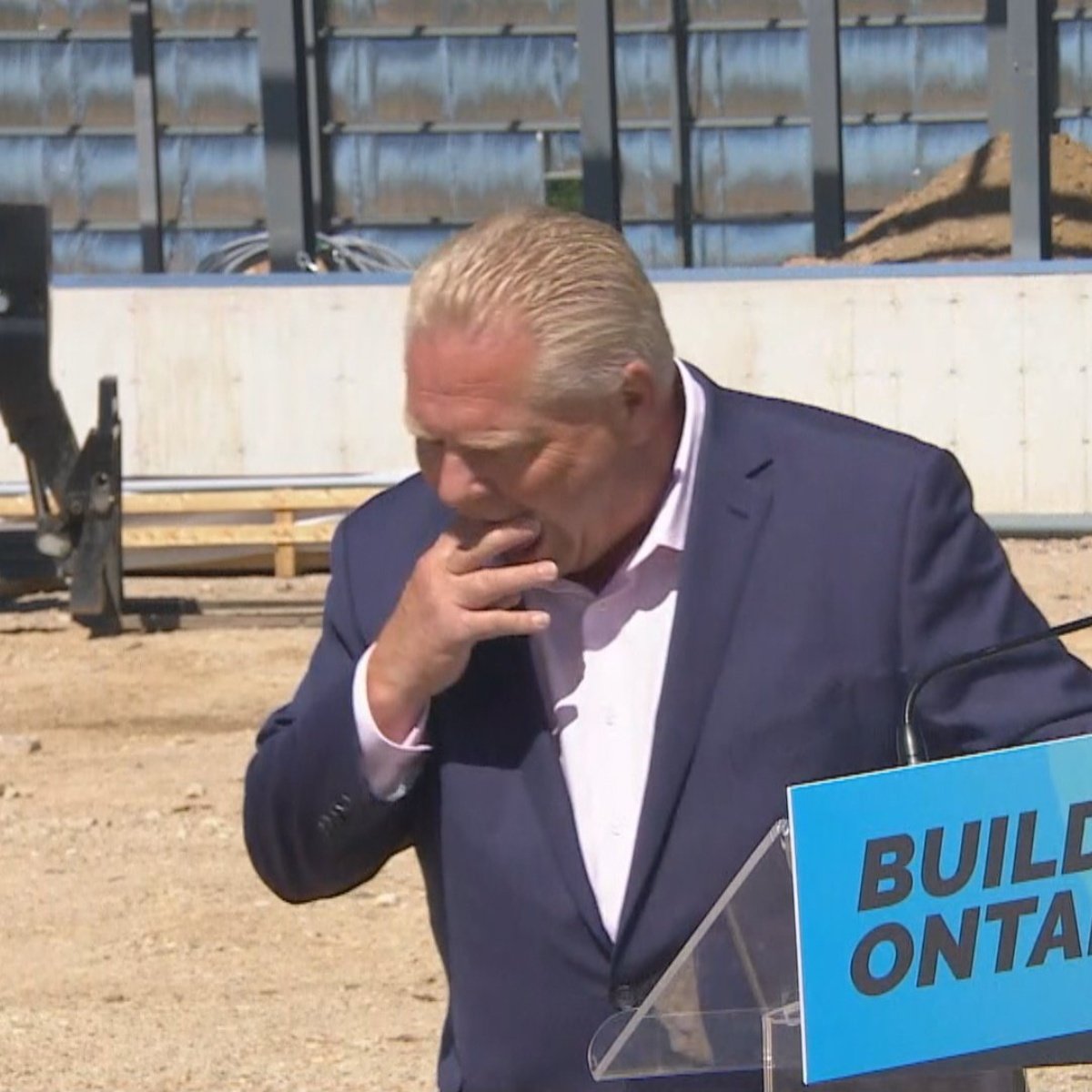 The Prime Minister of Ontario, Doug Fordtraveled to Dundalk to announce funding for a compostable manufacturing plant there, and left with some of the gray county on it after swallowing one bee While answering questions from journalists.

Ford was at the Eco-Park in Dundalk, where he was joined by dozens of people, including the Minister for Economic Development, Job Creation and Trade, Vic Fedeli, as it was announced that Greenlid’s new 60,000 square foot production facility, currently under construction, would receive $500,000 from the Southwestern Ontario Development Fund of the Regional Development Program.

In the middle of the conference the bee entered his mouth

But while Ford addressed a number of topics during the stop, including the job market, health care challenges and concerns about affordable housing, it was when the prime minister swallowed a bee while on the podium that arguably sparked the greatest expectation of the day.

After a few jokes were told and Ford assured surprised onlookers that he was fine, he continued with the news conference.

The prime minister and others spoke in front of the steel superstructure of the $14.8 million Greenlid facility at the Eco-Park on the southern outskirts of Dundalk. Compostable products such as plates, bowls, coffee cups and lids are expected to be made sometime next year, and the facility is expected to eventually employ about 22 people.

Greenlid CEO Morgan Wyatt said they are doing something unique and local at the Dundalk facility, by taking locally grown non-wood fibers such as wheat straw, switchgrass and potentially hemp, and processing them into molded fiber products like plates. , mugs and coffee. cup lids