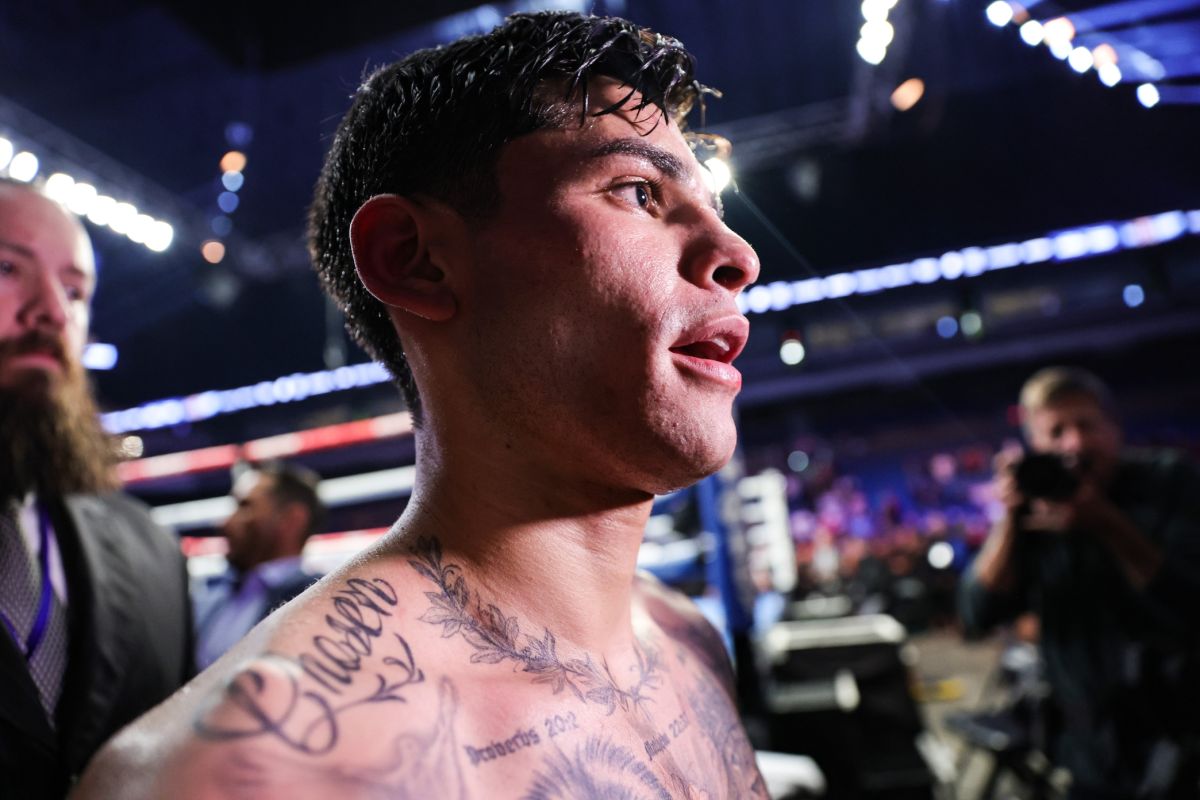 The days go by and the atmosphere continues to heat up between Isaac ‘Pitbull’ Cruz and Ryan García. Since the World Boxing Council (WBC) ordered a fight between the two to determine the contender for the lightweight title held by Davin Haney, provocative messages have increased.

The Californian García, a regular on social networks, has launched harsh messages against the Pitbull, which has been called on several occasions “chilango dog” and “scary”; For his part, the Mexican with his serious character has only spoken openly: “When I get in the ring everyone will see what I can do”.

But the truth is that Golden Boy Promotions of Óscar de la Hoya (representatives of Ryan García) and Manny Pacquiao Promotions (promoters of Pitbull Cruz) they have not been able to agree for what promises to be a great meeting of boxing promises.

From both representations they have heated up the atmosphere and make it impossible to reach an agreement: on the one hand Óscar de la Hoya, used to being on everyone’s lips, and on the other the trainer and father of the Pitbull, Don Isaac Cruz.

Both have given their own versions of why it has not been possible to agree on a clash.

in conversation for left footboxing portal to which he frequently provides statementsDon Isaac Cruz blamed the high demands of the ‘KingRy’ that nothing has yet been arranged, just as he took the opportunity to insult the 23-year-old, whom he considers a “pretty boy who has been given everything.”

“They practically threw the fight away. The little princess does not want the fight against the Pitbull. They just talk and talk.”

From an event organized by former boxer Sugar Ray Leonard, the retired ‘Golden Boy’ Óscar de la Hoya described the handlers and Pitbull’s father as misers who they do not accept 50 – 50 for the bag of a possible lawsuit.

“Ryan and I were pushing through the fight. When the WBC ordered it was music to our ears and we were willing to split 50-50. Cruz’s team did not accept that. It didn’t happen, it wasn’t done, not by us.”Oscar de la hoya

Both Ryan Garcia and Pitbull Cruz follow their own plans

If the organization of the expected clash continues to be delayed, the WBC will hold an auction on June 14 for a promoter to take charge of the show.

Ryan García, who was inactive for almost a year before defeating Emmanuel Tagoe on April 9, will enter the ring on July 16 at the Crypto Arena.

For his part, Isaac Pitbull Cruz has signed a fight for August and all that remains is to define the rival. The one from Mexico City defeated the Cuban Yuriorkis Gamboa by technical knockout on April 16 and left his record at 23 wins (16 on the fast track) and 2 losses.