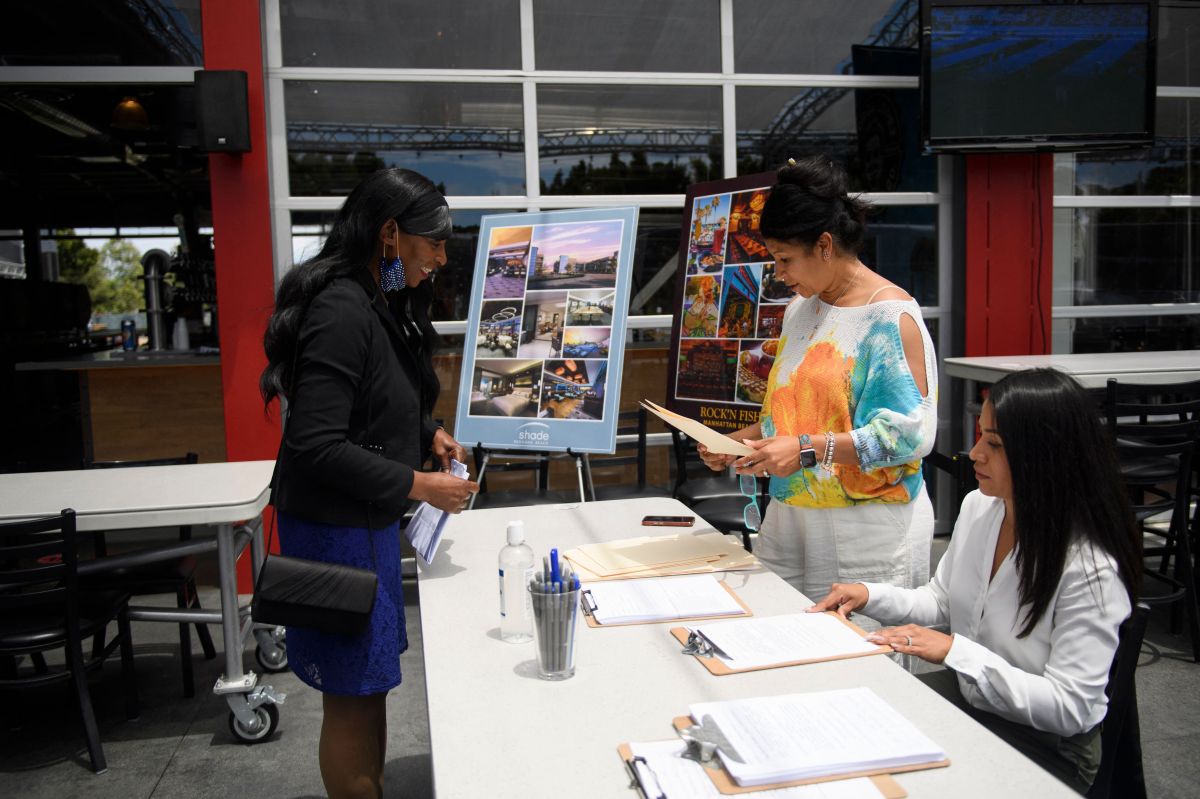 The private sector of the country is not satisfied, July represented a negative month for the generation of jobs that limits the economic growth of the United States. Meanwhile, the national economy seeks to recover from the financial ravages of the Covid-19 pandemic.

According to ADP’s monthly report, hiring in the private sector generated 330,000 sources of employment in July. This figure lagged far behind the forecast of experts, who expected 690,000 to be created, according to Bloomberg data.

Despite the fact that several state governments have suspended unemployment benefits in order to create jobs, they did not grow, and even fell significantly throughout the country, a situation that lights up red flags in the private sector.

The number of jobs created last month, contrasts with the June figures, when it was reported that 680,000 jobs were added in the private sector, according to experts this drop is extremely worrying based on the fact that there was a crash of more than half.

According to official numbers, in recent months employment in the private sector increased, in addition the pace of growth accelerated as vaccines were delivered across the nation. This had an impact on consumers starting to go out to make purchases.

Many of the gains have occurred in the previous months, these have mainly gone to the service sector, which has been badly affected since the pandemic hitThus, the economic reopening has benefited restaurants, bars and other face-to-face and travel-related activities.

According to the report presented by ADP, in July, the leisure and hospitality sector added 139,000 net jobs, which represents more than a third of the total monthly gain of the jobs obtained. But, this also represented a decrease since June, when more than 300,000 jobs were created in this sector.

On the other hand, the study detailed that there were increases in the hiring of the education and health areas with 64,000 people signedas well as professional and business services, which added 54,000 jobs across the United States.

In addition, the goods-producing sector also posted payroll gains for the month, albeit at a slower pace compared to June. Meanwhile, the construction business had a dramatic drop in numbers, only hiring 1,000 people, after having reached 50,000 in June.

According to the study, manufacturing and mining jobs also increased net last month. Despite this setback, economists and experts have a good outlook on job creation for the coming months. On Friday, the Labor Department will release official government figures on job creation.

You may also be interested in: Delta variant: restaurants in the United States resume measures for the use of face masks