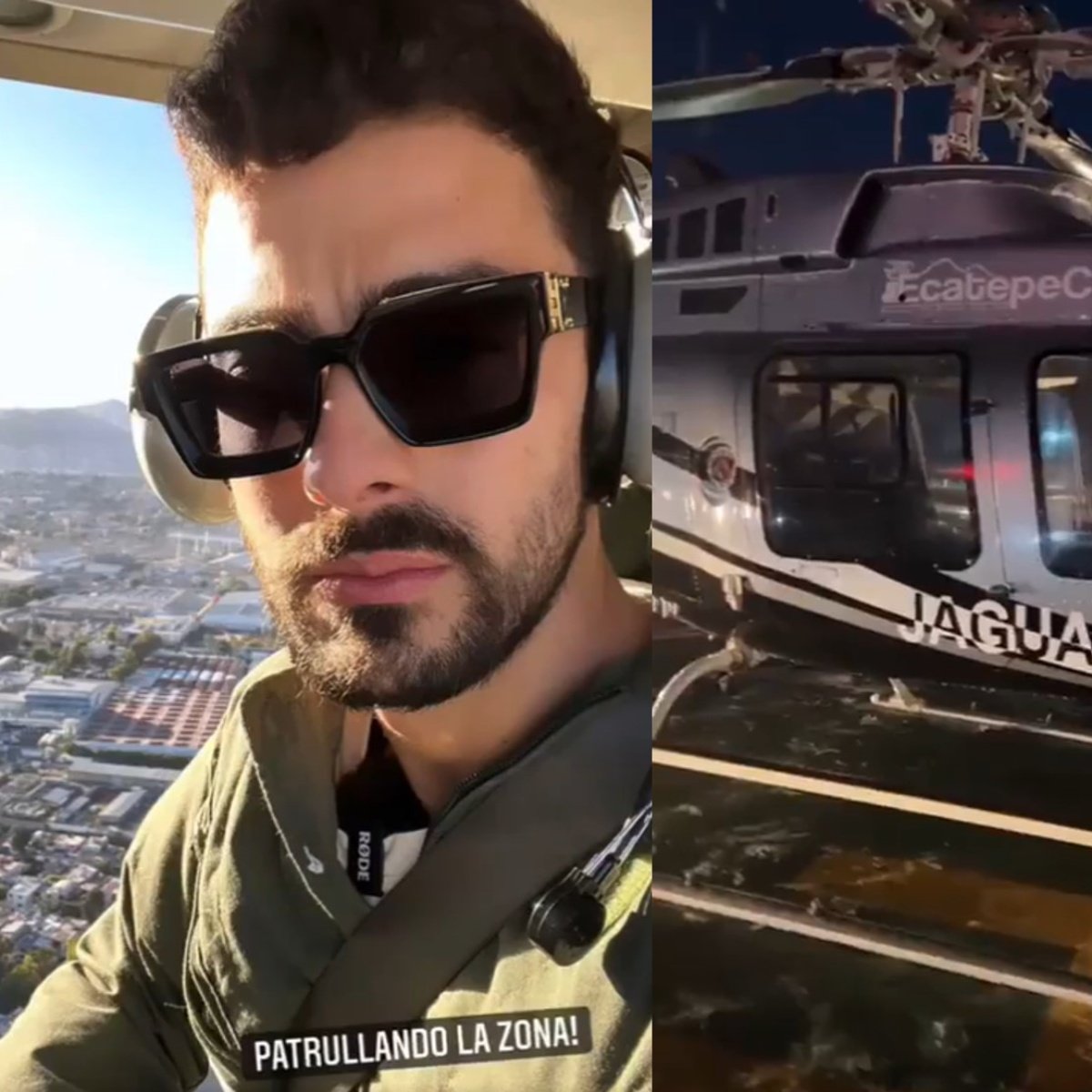 A influencer known on Instagram as Berthungas 5000 (@juanbertheau) was involved in a great scandal, after using an official Public Security helicopter in Ecatepec, a fact that was not liked by users on social networks.

Through his account, the young man shared a series of photos and videos about his experience aboard the bell 407 aircraft, with registration XA-RUR nicknamed ‘Juguar 1’ and acquired just a month ago by the government of Ecatepec.

The first video shared by the user Berthungas 5000, shows the influencer on board the lighted aircraft, about to start a tour in which he showed off his “patrolling” Around the area. Previously, the young man took a series of photographs with the security elements.

The fact caused outrage among Internet users, because the aircraft equipped with tracker linked to the Command Center (C4) was acquired just a few weeks ago by the state government for operations carried out from above.

Given the controversy, the Ecatepec Department of Social Communication reported for La Jornada that the influencer, who has 5.6 million followers, requested authorization to learn how the helicopter operated.

The Bell 407 helicopter, with registration XA-RUR, rented by the government of @Ecatepec For security, it was the stage for an Influencer to add stories to the Instagram social network. pic.twitter.com/oZrj3w15qz

The young man had access to the two heliports, the one located in San Efrén and the one on the roof of the building attached to the Municipal Palace of Ecatepec, from where he took the opportunity to take a series of photographs with the elements, which he later shared on his social networks.

“Patrolling in Jaguar 1 of the Ecatepec police; this video was interesting huh! Look at chasing the bad guys from the air, uff!”, the influencer boasted.

What is the name of the police helicopter?

The bell 407 aircraft is named ‘Jaguar 1‘, was acquired last December and its objective is to reinforce security actions and emergency attention, as well as to inhibit the commission of crimes.

Do you think he police helicopter of Ecatepec should be “lent” to influencers? AmericanPost.News wants to know your opinion, leave us your comments but first take a look at the video of the influencer who explored an abandoned villa belonging to the leader of the Gulf Cartel.