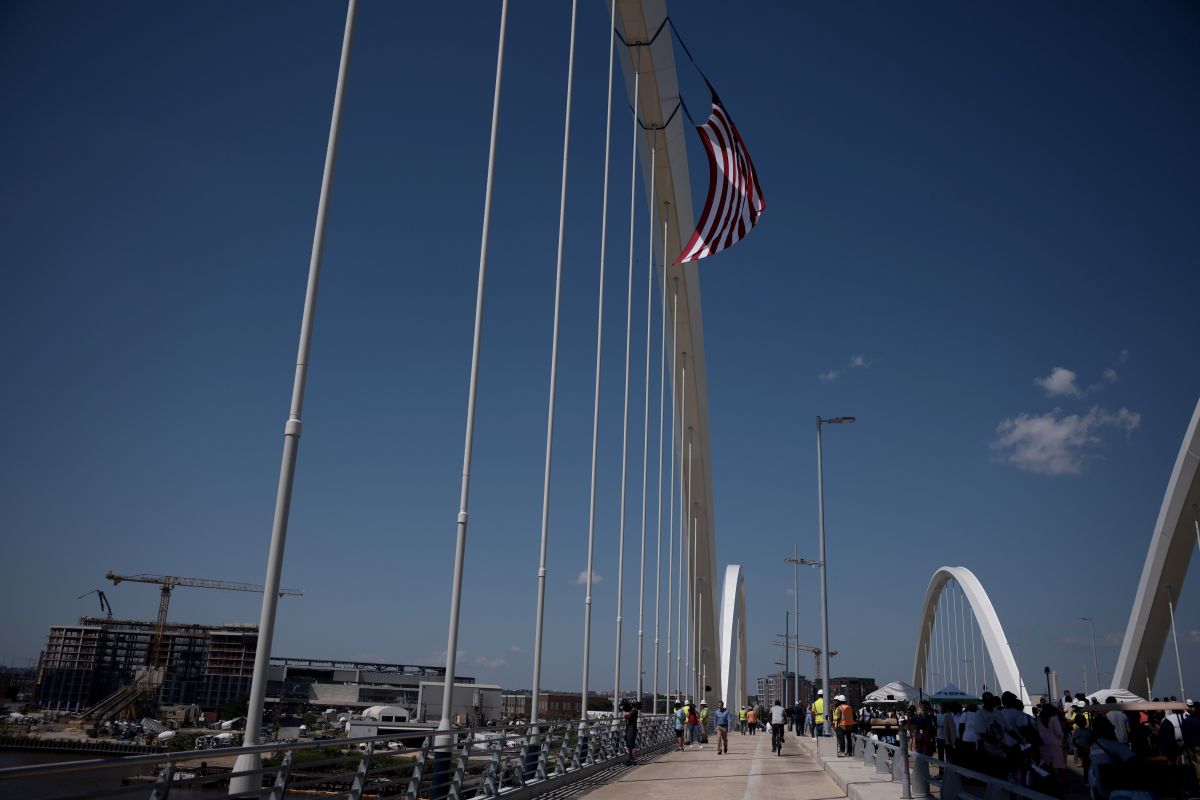 A man climbed over the Frederick Douglass Memorial Bridge in Washington DC on Friday in protest of the Supreme Court’s decision to overturn Roe v Waderemaining there for 24 hours before descending and being arrested this Saturday afternoon.

The man identified as Guido Reichstadter began his own protest around 10:00 a.m. local time Friday, standing on the bridge and bringing traffic to a halt as authorities attempted to deal with the incident, Fox 5 DC reported.

Reichstadter’s idea was to stay on top of the bridge as long as possible; however, he had a mishap after he dropped his water bottle, leaving him without hydration.

“If I can make it to the top of this ever-loving bridge, I know you can make it to the street!”, the protester wrote on Friday. “Let’s shut it down without violence day after day until our rights are protected! I’ll be up here. Much love to all!”

Reichstadter’s arrest took place this Saturday afternoon after he left the arch of the bridge, a spokesman for the Metropolitan Police Department confirmed in statements to Fox News, adding that traffic was restored.

Knowing that he would be arrested when he came down from the bridge, the protester asked the Nonviolent Civil Resistance Movement for the Right to Abortion via Twitter for help. requesting to have a contact with the group when he gets out of prison.

According to Reichstadter, the idea of ​​this protest is to inspire civil disobedience throughout the United States in response to the controversial Supreme Court ruling on abortion rights.

You may also like:
• US senators accuse Supreme Court judge of lying to them in his position on abortion
• They denounce that pro-abortion protesters took legislators hostage in the Arizona Capitol
• Despite the annulment of Roe vs. Wade, the only abortion clinic in Mississippi promises to continue fighting and open more locations