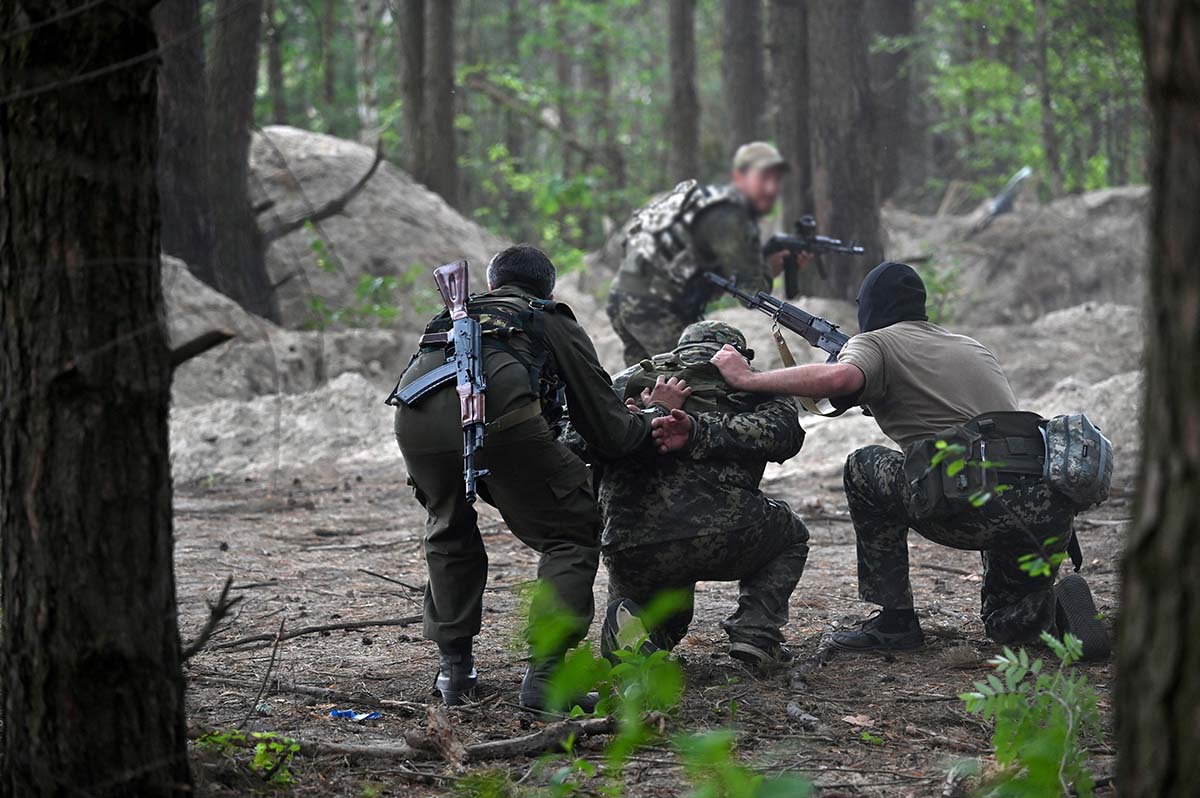 The separatist authorities of the Lugansk region claimed that pro-Russian troops have surrounded some 1,300 Ukrainian soldiers near the city of Lisichansk, the last big city, next to the regional administrative center of neighboring Severodonetsk.

“The fence is already closed and about 1,200 Ukrainian soldiers and about a hundred mercenaries they can be captured,” Vitali Kiselyov, adviser to the Ministry of Internal Affairs of the self-proclaimed Lugansk People’s Republic, told the TASS agency.

Russian and pro-Russian troops have created an encirclement in the Hirske area, about 16 miles (26 kilometers) south of Lisichansk, and Zolote, 19 miles (32 kilometers) from this city, he said.

Two days ago they also took Toshkivka, as Kive acknowledged, and that it is approximately 15 miles (25 kilometers) from Lisichansk.

Andrei Marochko, an officer in the pro-Russian militia in Luhansk, told TASS that in recent days the separatist troops have had a series of successes around Popasna, taken over by Russia and located nearly 28 miles (46 kilometers) south of Lisichansk.

“A number of towns were occupied, the enemy repelled and now this area is practically cleared in favor of the Russian forces,” he said.

The ambassador of the separatist region in Russia, Rodión Miroshnik, affirmed in turn to the same information agency, that the siege around Hirske and Zolote, has been in the making for several weeks, but now “the north exit is already under strict control of the allied forces”.

In reference to the pro-Russian and Russian troops. “Our troops have already moved more towards the suburbs of Lisichansk,” he said.

The governor of Lugansk faithful to kyiv, Serhiy Gaidai, admitted on his Telegram account: “the Russians approach Lisichanskafter having advanced in the nearby towns and the city is being bombed by Russian aviation”.