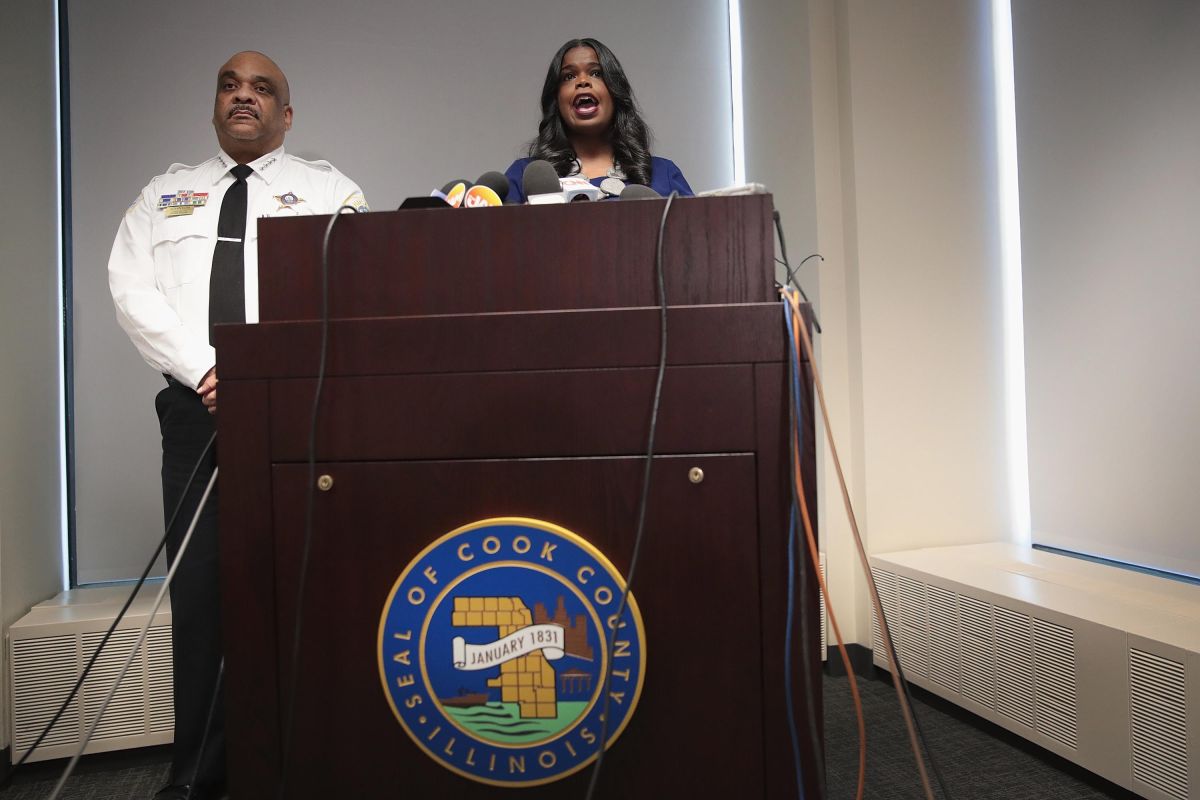 Prosecutor Kim Foxx’s office reported Thursday that the murder convictions of at least seven Latinos with cases linked to a former Chicago Police detective, investigated for misconduct and forcing testimonies, were annulled after the Chicago County Prosecutor’s Office Cook will not present any opposition.

The cases are linked to the alleged police misconduct of former detective Reynaldo Guevara, who would have carried out coercive interrogation tactics to hide evidence, as reported CNN.

Citizens Carlos Andino and Alfredo González were released this Tuesday, while the other five people had already been released, so this measure was rejected by relatives of the victims.

In a statement, prosecutor Kim Foxx said that she fulfilled the “obligation” to seek justice and “took the necessary steps to correct the mistakes of the past.”

“We are not taking a position on innocence. What we are saying is that we cannot uphold these convictions based on the serious misconduct allegations and credibility findings against Detective (Reynaldo) Guevara,” Foxx said Tuesday, as reported by CNN.

The prosecutor added that “We conclude that the totality of the evidence currently available is insufficient to support a new trial of these cases.”

The seven convicted served decades in prison after these measures were issued for homicides that occurred between 1989 and 1996.

According to the EFE news agency, this annulment completes the 31 revoked convictions linked to the alleged misconduct of former detective Guevara.

Last Tuesday, after the decision of the Prosecutor’s Office, a large number of people expressed their rejection outside the Leighton Criminal Justice Palace.

“I had to stay strong because I had two little kids when I was incarcerated. I had to fight for them. I had to be strong and here I am,” Marilyn Mulero told ABC 7 Chicago.

Last Friday, relatives of the victims of the violence protested in front of the Cook County State’s Attorney’s office, according to reports. Fox 32 Chicago.