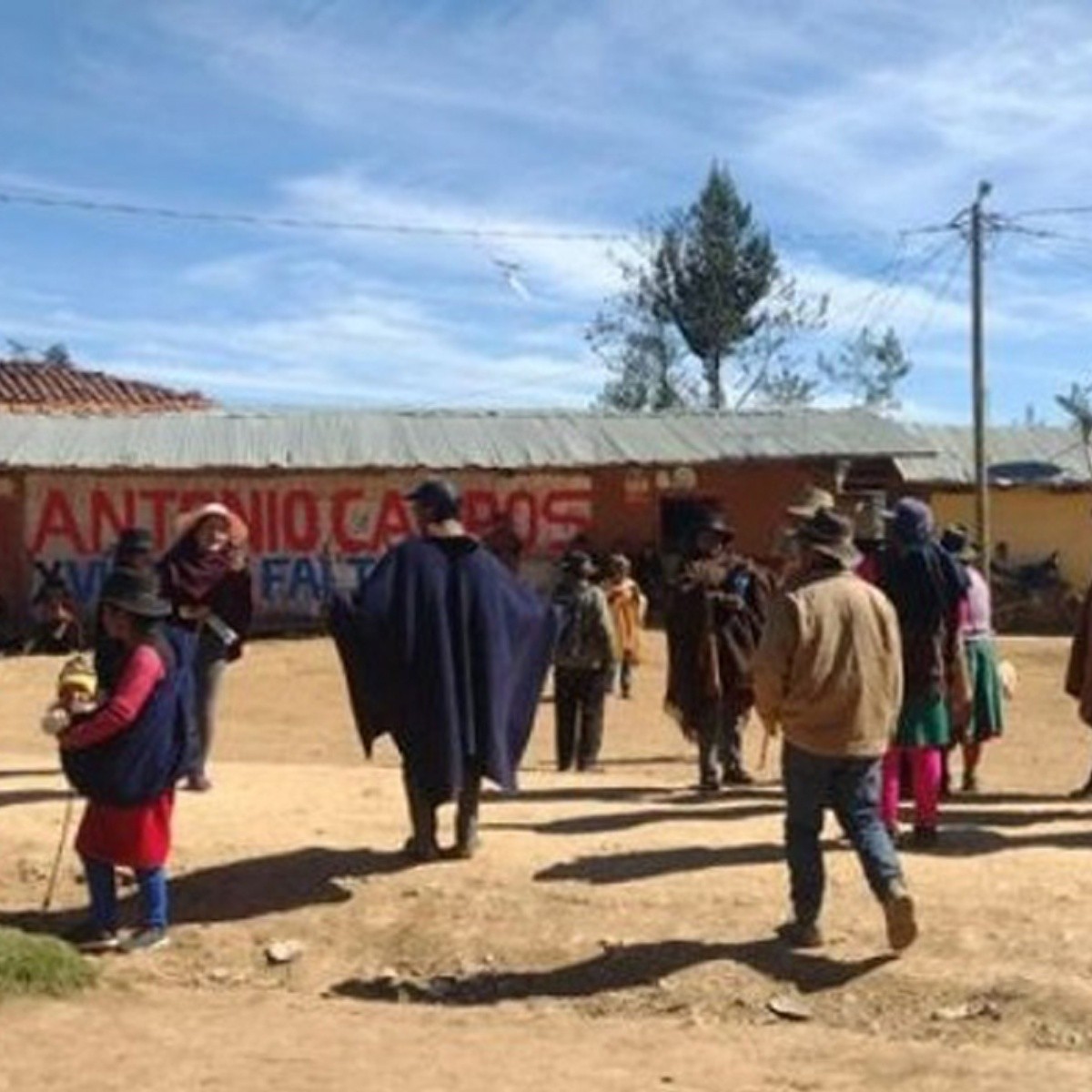 The prosecutor’s office of Peru opened an investigation on Tuesday into the case of seven women accused of “sorcery” who were captured, stripped naked and whipped by members of “peasant patrols” in a remote Andean town.

The victims were released by the “ronderos” this Tuesday, said the prosecutor’s office, after the intervention of the Peruvian authorities after the dissemination of a video on social networks that shows a woman hanging by one foot while being flogged to make her confess alleged acts of witchcraft.

The women were captured by patrolmen on June 29, according to local media. They are between 43 and 70 years old. A man was also arrested but there are no records that he was mistreated.

“They were held by [supuestamente] practice witchcraft and accused them of the fact that many people [de su pueblo] they had lost their physical abilities and would have lost their lives,” Ombudsman Eliana Revollar told AFP.

The events occurred in Chillia (700 kilometers north of Lima), a remote Andean town of 12,000 inhabitants, 14 hours by car from the city of Trujillo, head of the northern region of La Libertad.

“These people have been released by signing an act committing not to report [los malos tratos sufridos] no longer practice sorcery,” added Revollar, whose office took action on the matter along with the prosecution.

For its part, the prosecution reported on Twitter that “seven women and one man were released after being retained by the peasant patrols of the Chillia district“.

The entity opened an “ex officio investigation for the alleged crime against freedom, to the detriment of these people,” he added.

This is the second complaint in a week against the “peasant patrols”, organizations created almost half a century ago to combat cattle rustling and which later fought the incursions of the Maoist guerrilla Shining Path (1980-2000).

President Pedro Castillo, a rural teacher from northern Cajamarca, was a member of the peasant patrols, whose action is protected by constitutional norms on communal justice in force since 1993.

Last week, the prosecutor’s office opened another investigation following the complaint that a team of television reporters said they were being held and threatened by “ronderos” in Cajamarca while investigating Castillo’s family.

“They were forced to confess” -In the video circulating, a woman is seen hanging by one foot while being flogged to make her confess. Another naked woman is also seen being interrogated by the patrollers.

“They hit him on his body, he has bruises. They forced them to enter a well to confess their acts,” said Aida de la Cruz, daughter of one of the victims, Olivia Campos, 60.

The head of the Ombudsman’s Office in the La Libertad region, José Luis Agüero, said that the women were whipped.

“They punish them, they strip them naked, they put nettle on them [planta que causa escozor e inflación en la piel] on the body, many times with the whip,” Agüero told the RPP radio station.

The patrolmen of this town located in the Andes at 3,100 meters of altitude planned to keep them one more day in their power to punish them, but they were released due to pressure from the prosecution and the defense.

In the act they signed, the victims also promised to leave the town and not to undergo medical-legal exams that could confirm the mistreatment they received, Revollar said.

The chief of the patrolmen of Chillia, Manuel Quijano, justified the punishment stating that there was “a complaint from the gentlemen who were victims of acts of sorcery.”

“The population outraged by this situation decided to take these ladies and pass them on to their ronderil chain, prior approval [de una asamblea]Quijano told RPP, denying that the women had been “kidnapped.”

The patrol is the only security service in vast remote areas of Peru where there is little or no state presence. In Chillia, the police have only three agents compared to some 1,300 “ronderos”, according to the Ombudsman.