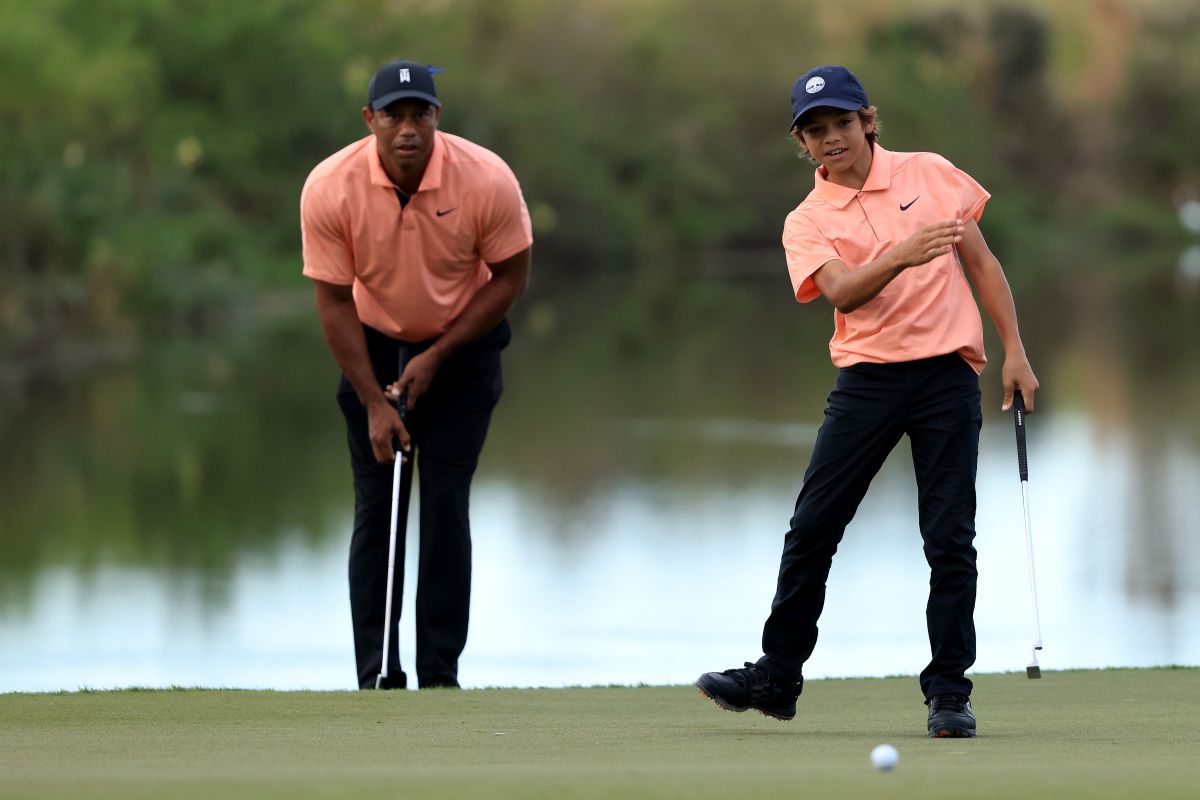 Tiger Woods reappeared on a golf course after the accident suffered ten months ago and he did in the company of his 12-year-old son Charlie, to show his quality and level of recovery at the PNC Championship in Orlando, Florida.

In an official competition for the first time in almost a year, not only could it be appreciated that the quality of the legendary golfer is still intact, but it was also shown that the new generation of the Woods will be well preserved in the hands of young Charlie.

After finishing the day, the Woods couple ranked fifth with -10 strokes, just three behind the pair made up of Payne Stewart and Reagan Cink.

After finishing the day, Tiger Woods commented to the press department of the tournament, about the first sensations of his return. “A great day, with the family. I’ve had a great time. We have had a great time playing together my son and I. Charlie didn’t seem nervous and I can still fit a couple or two, “he said.

In that sense, the experienced player warned that he still needs time to regain his level. “We couldn’t capitalize on an eagle with good shots. I’m kicking better I’m getting better and better, but I’m still not in golf shape ”.

She also couldn’t help but show her excitement at seeing her son’s potential. “I am proud of what Charlie does. To fight for victory tomorrow, you have to start strong. But the important thing is to have fun. On a day-to-day basis, you have to remove the bad, dig, get out of the mud. This is the easy part, competing ”, he stressed.

It should be remembered that Woods was forced to move away from the golf courses after the serious accident that he suffered on February 23 in Los Angeles, in which fractured bones in the right leg, ankle, and foot when you hit an embankment and tipped your vehicle downhill.

Now recovered to play, Tiger received the invitation to this edition of the PNC Championship, which receives twenty pairs of players made up of at least one professional, in which he has decided to participate with his son.

The Woods couple will return to the field this Sunday to play the second day in which they will surely look better and above all more adapted to the dynamics of the game.