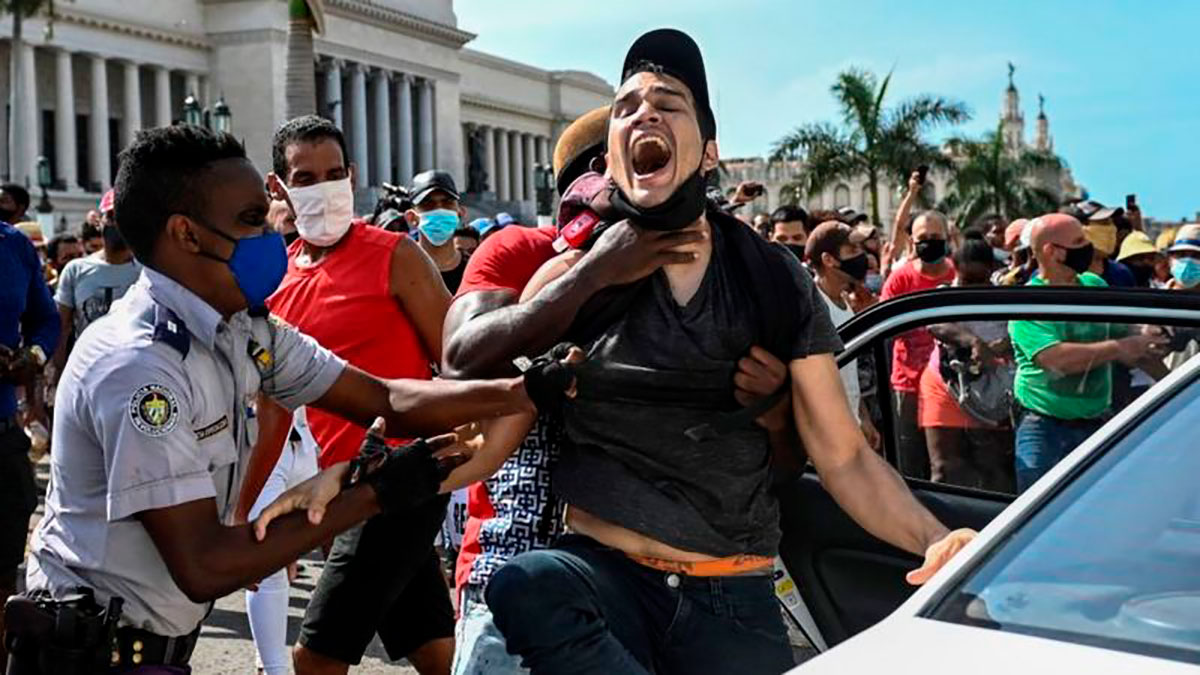 Appealing to the Constitution, a group of activists had asked the Cuban government for an unprecedented authorization to carry out a march for change on November 15.

And appealing to the same Constitution, the Cuban government denied the right to protest.

On Tuesday, local authorities in several Cuban provinces notified the organizers of the demonstration that they do not have authorization to hold it because they consider it to be a “destabilizing attempt” and therefore “illegal.”

After the spontaneous demonstrations on July 11 that led to a violent response from the authorities and the arrest of hundreds of people – many of whom are still in prison – young activists decided to resort to a gap left open by the Magna Carta in which the right to peaceful protest on the island.

However, the authorities denied the permit, claiming that the march would cause “disturbances” and sought a change in the system, which is prohibited by the Constitution itself, which defines socialism as “irrevocable.”

The refusal has unleashed a barrage of comments and “constitutional debates” on social networks and official and independent media, among those who believe that the government’s action is legal and those who think that it violates the rights enshrined in the Magna Carta.

The authorities accused the organizers, without presenting evidence, of having “links with subversive organizations or agencies financed by the US government.”

“The empire puts money and expectations on the annexationists formed by them, who under the false banner of pacifism seek to provoke new disturbances, generate chaos and induce the destabilization of the country,” wrote the newspaper Granma, voice of the Communist Party, in an editorial this Tuesday. (only legal).

The organizers, for their part, rejected the accusations and questioned whether the government denied a right endorsed in the Law of Laws.

Also read:  Violence in Zacatecas impacts migrants in the US

“We knew that the rule of law in Cuba was an unsustainable fiction. Now we have the certainty that, in dictatorship, the Constitution is a dead letter, or simply a verse in the style of ‘Centuria’, by Nostradamus, where each reader interprets what they want, until a high priest denies it, “he said. Yunior Garcia, creator of Archipelago, the group behind the call for the protest.

Following the request for permission last month for November 20, the authorities announced the holding of military exercises and a “National Defense Day” on the same date that the march had previously been announced.

This led the organizers of the demonstration to decide to advance it by five days, which finally forced the Cuban government to pronounce itself on Tuesday denying the authorization.

The island, which has been hit hard by the coronavirus pandemic, is also experiencing a deep economic crisis, with shortages of food and medicine and rising inflation, to which has been added a strong stance of the government towards opponents, who are suffering penalties imprisonment, house arrest or frequent “acts of repudiation”, demonstrations for which authorization is not required.

Also read:  Out of necessity: Paralympic champion could sell her medals to get out of poverty