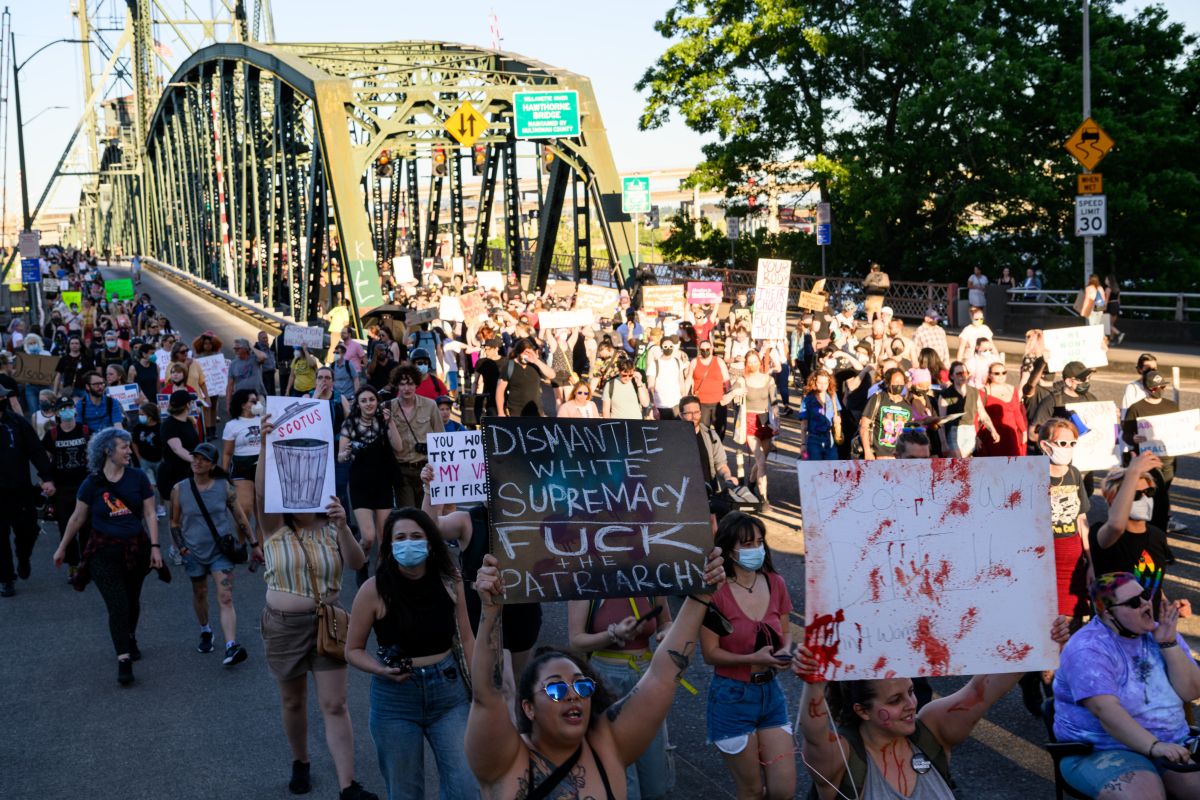 Thousands of people took to the streets in dozens of cities in the United States to protest the Supreme Court ruling that on Friday eliminated federal protection of the right to abortion, called Roe v. Wade, which has allowed several states to restrict that right.

One of the most massive protests was in Washington, where hundreds of people gathered for hours in front of the Supreme Court shouting “My body, my decision!” or “Let’s abort the Court!”.

Similar slogans were heard in up to 70 locations in the United States, according to the CNN network count.

Some had been organized for Friday night by groups like Planned Parenthood, the organization that runs the largest network of reproductive health clinics in the United States; but others emerged spontaneously with women coming together to raise their voices.

The protests were especially numerous in major US cities, such as New York, where thousands of people gathered in Washington Square Park, a central square that traditionally hosts political rallies and demonstrations.

In Los Angeles (California), protesters blocked traffic in the city center, while in Philadelphia (Pennsylvania) thousands gathered in front of the emblematic City Hall and in Austin (Texas) there was a protest in front of the federal court.

Hundreds of other people took to the streets in Atlanta, Georgia, in two different demonstrations that joined at the foot of the state parliament.

Incidents in Iowa and Arizona

Most of the marches took place peacefully, although incidents were reported in the towns of Cedar Rapids (Iowa) and Phoenix (Arizona).

In Phoenix, police used tear gas to disperse protesters who had gathered in front of the Arizona parliament and who were banging on the building’s windows, something that had forced state senators to interrupt the session.

Phoenix Police said in a statement that they had used tear gas because protesters “attempted to break the glass” of the building.

On the other hand, in Cedar Rapids, two people were injured when they were hit by a car during a protest.

The Supreme Court’s ruling against abortion has created a great deal of confusion, and clinics in some states, such as those in Arizona, have stopped performing abortions for fear of facing criminal consequences.

All of them had previously passed laws to ban abortion, which came into effect as soon as the Supreme Court’s decision was made public.

The Planned Parenthood organization, which manages the largest network of reproductive health clinics in the United States, estimates that 26 states will end up prohibiting the right to abortion, in a matter of days, weeks or months.