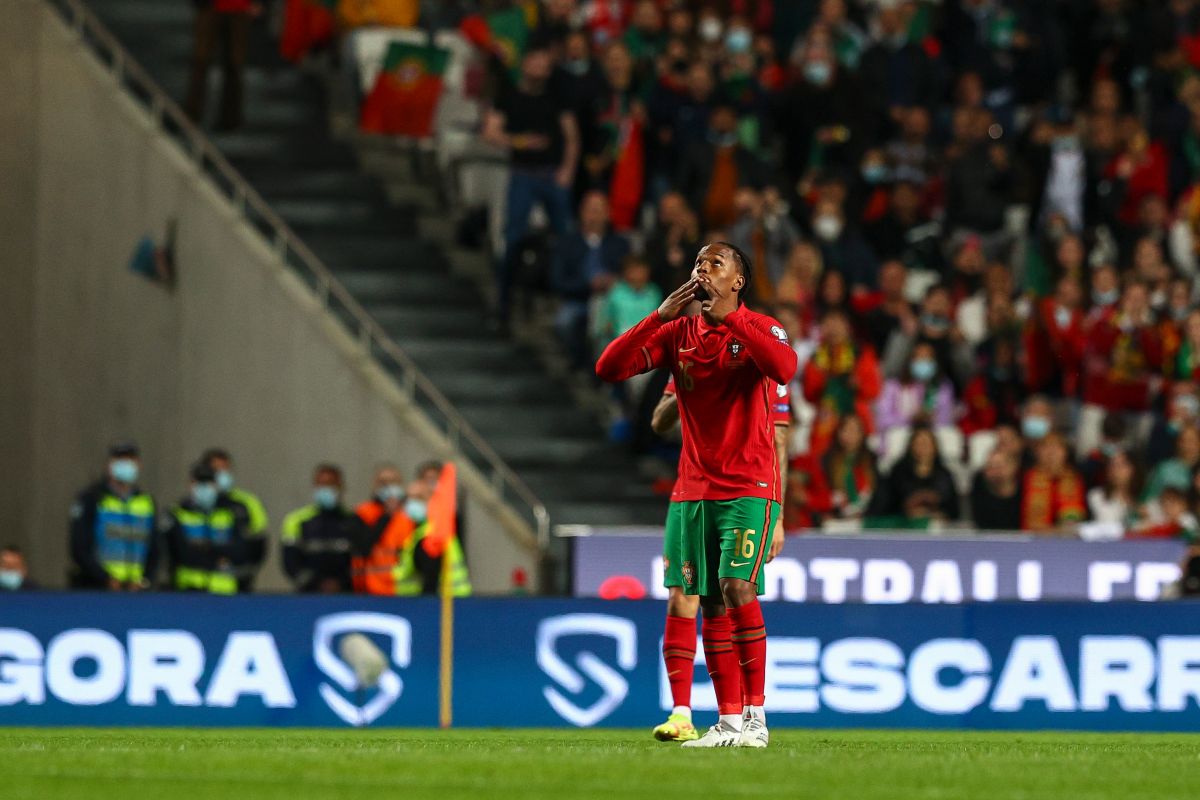 The coach of Paris Saint-Germain, Christophe Galtier, confirmed this Thursday the arrival to his team of the Portuguese midfielder Renato Sanchesfrom Lille, which was officially announced by the club, while noting that he still expects another three reinforcements.

At the first press conference prior to the start of the league, two days before his trip to Clermont, The coach assured that the Portuguese player, who was already under his orders at Lille, will pass the medical examination this afternoon.

The contribution of Renato Sanches to PSG

Galtien assured that Sanches, a Portuguese international who is about to turn 25, brings qualities to the PSG midfield that the other media do not have.such as “explosiveness and impact”.

“He has the ability to break lines and also to recover defensively.“, pointed out the coach, who in that sense considered him complementary to Marco Verratti, Vitinha or Danilo Pereira.

He also stressed that he knows the French league, because he has spent three seasons at Lille, and his high international level, since he has accumulated 32 games with his team.

PSG made the signing of Sanches official in a statement in which it specified that the Portuguese was committed until 2027.

This is the fourth signing made by PSG this seasonafter those of Vitinha, coming from Porto), Hugo Ekitike, from Reims and Nordi Mukiele from Leipzig.

Sanches, trained at Benfica, arrived as a great promise in 2016, at just 18 years old, at Bayern Munichwith whom in four seasons, one of them on loan to English club Swansea, he failed to prevail, although he won nine titles with the Bavarian club.

He signed for Lille in search of more minutes and became the star of the team, although injuries reduced his continuity and after winning the league, he began to show his desire to leave, an exit that did not materialize last season, but he is with a year to go until his contract expires.

The new PSG coach, who has replaced the Argentine Mauricio Pochettino, indicated that He still expects another three reinforcements, although he did not specify for which lines.

He indicated that “the idea is not to accumulate many players” but “to have competition within the squad.”

He added that he knows it is difficult, but considered that the sports management and the club are doing “hard work” to provide these signings.

PSG is also working on the departure of some players to be able to incorporate these reinforcements.

Galtier was very satisfied with his team’s preparation this season and in the Super Cup, where they won the first trophy of the campaign against Nantes.

He defended his system with three central defenders which, he said, “allows us to have more men in the offensive aspect and also to retract better”.

The coach, who will be able to count on striker Kylian Mbappé on Saturday, suspended in the Super Cup, assured that having him in a trident alongside Neymar and Lionel Messi does not have to cause a defensive imbalance.

“Defense is an offensive priority, but also an individual responsibility. When a partner makes an effort, he infects the rest. We have to be vigilant and rigorous,” he noted.

. Was it Mbappe’s fault? Pochettino clears up doubts about his dismissal from PSG
. PSG would be interested in renewing Messi’s contract for one more year
. Christophe Galtier, the new PSG coach who comes to tidy up with a history of wins and beatings in the French league