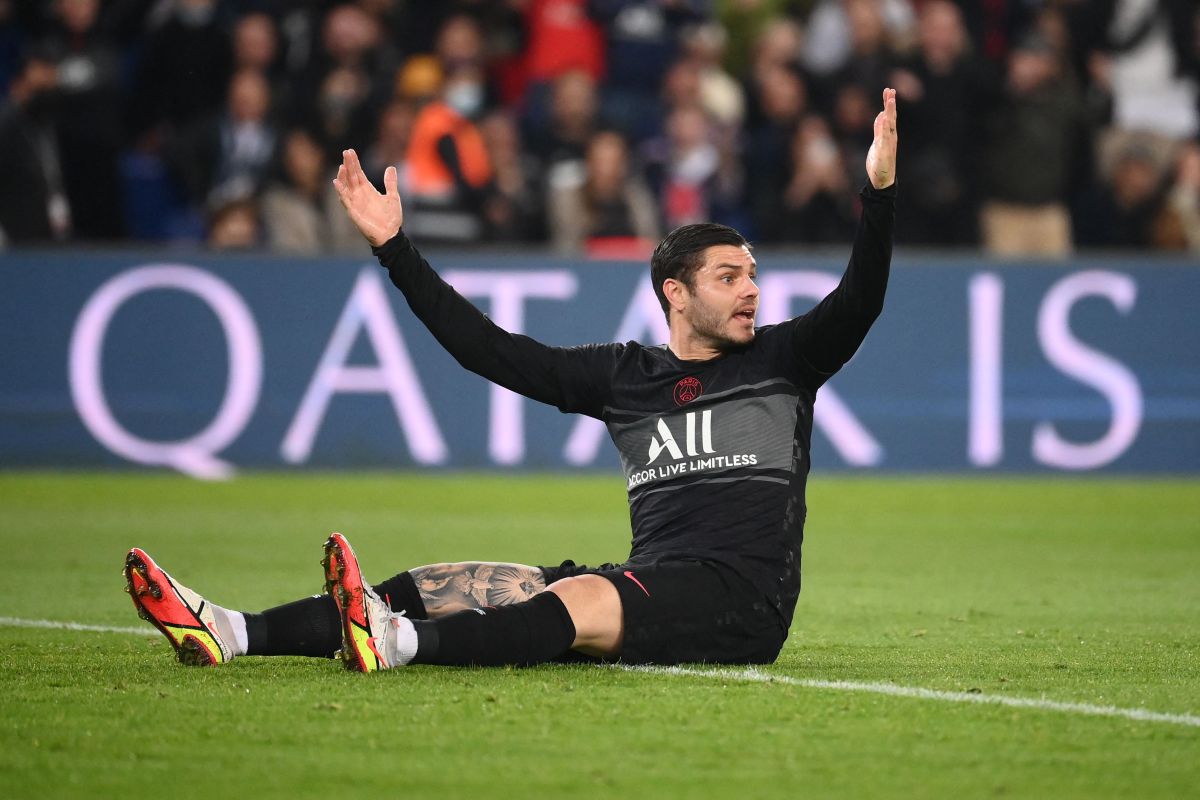 The days of the Argentine Mauro Icardi and his renowned wife Wanda Nara in France are numbered, and after not entering the plans of the new coach of Paris Saint-Germain (PSG), Christophe Galtier, the team would have set an affordable price for their record.

At this start of the season, Galtier has made it clear that he does not have Icardi in his project by not calling the two Ligue 1 games that PSG has played, which is why the board has set its starting price between $20 and $25 million dollars.

Likewise, the Parisian team would be willing to let him go on loan but with a mandatory purchase option. Given this, the Italian media ‘La Gazzetta dello Sport’ has reported that in Turkey he wants the player and he would welcome the Turkish league.

In that sense, said media affirms that Galatasaray is one of the clubs most interested in the Argentine, however, his wife and agent Wanda Nara, would be negotiating with Fenerbahçe.

Since his arrival at the Parc des Princes, Mauro Icardi has failed to be the undisputed forward of the team, in addition his personal life with scandals of alleged infidelity to his wife, I have highlighted more than the sports.

Now that PSG have Leo Messi, Neymar Jr. and Kylian Mbappé as their attacking trident and Pablo Sarabia and Ekitike as their substitutes, The 29-year-old Argentine must look for a new destination if he wants to give his career a new turn.

Since his arrival in France in 2019, Icardi has played 92 games in which he has scored 38 goals, nothing compared to his previous stage in Inter Milan where he was an indisputable player and played 219 games, scoring 124 goals.

Also read:
– Wanda Nara defies Instagram censorship by posing with a transparent top that highlights her great attributes [Foto]
– Neymar reacts to the comments that make Mbappé look bad: “By contract he owns PSG”
– Mauro Icardi in trouble, the new PSG coach is already looking for a replacement for him