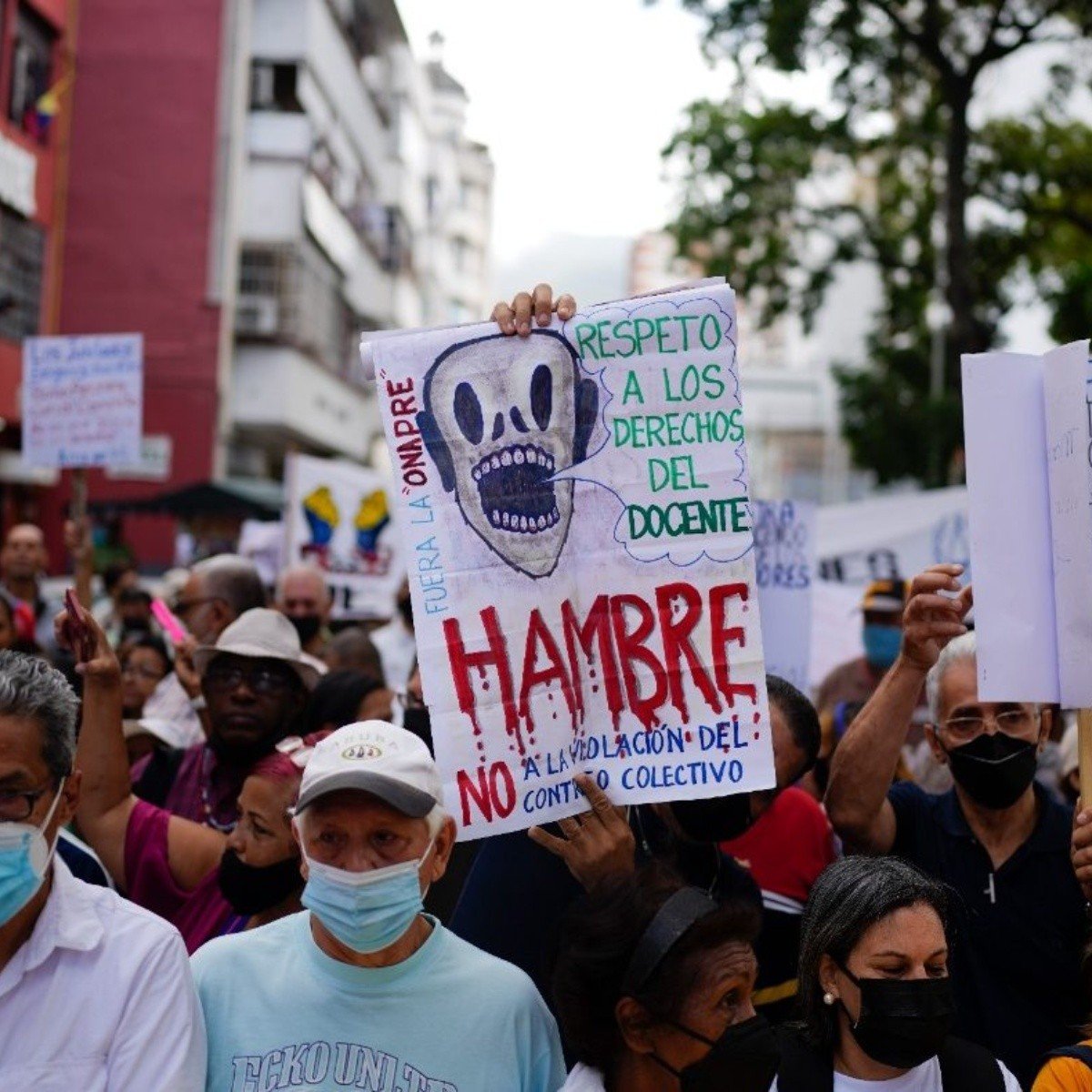 Hundreds of public sector teachers from Venezuela they marched on Tuesday to demand that the president’s government Nicholas Maduro fair wages and respect for their labor rights that they denounce were violated after receiving incomplete payments of benefits such as the vacation bonus.

The educators walked peacefully through the center of the Venezuelan capital, carrying signs that read “the salary is a family heritage”, “fair wages and the payment of fair vacations”. At the headquarters of the Ministry of Labor they also consigned a document with their demands.

The calculation of the payment of the vacation bonus — which is paid to workers in the education sector at the end of the school year in July — by decision of the National Budget Office (ONAPRE) had as a reference the 2021 salary (1.52 dollars per month), arguing that the new labor agreement has not yet been signed. The measure caused great discomfort among educators, who consider that it is a disrespect for their rights and claims.

The salary of teachers in Venezuela is 50 dollars

The monthly salary —which the majority of primary school and high school educators earn— is the lowest in the region, about 50 dollars on average since March this year.

The teachers request the repeal of the ONAPRE instructions that left in oblivion the calculation of any payment of a labor benefit based on the last salary earned.

“What they did to us this year with vacations is not fair, apart from the fact that they paid us incomplete, they paid us with a salary that was not fair,” Sixta Fuentes, a 52-year-old primary school teacher, told The Associated Press. with 19 years of service, who highlighted that in his case they also paid him 25% of the bonus and he does not know when he will receive the remaining 75%.

Fuentes — who hopes that the government will rectify and end up retroactively paying the bonus based on the current salary — stressed that due to the low salaries she was forced to resume her job as a manicurist at home, which she practiced in her student days, as a way to “survive” and balance the family budget.

The Venezuelan Federation of Teachers, which brings together many public sector educators, warned in a statement that they agreed the day before to organize and prepare for not start the school year in September, “if the Maduro government”, among other instances, “does not fulfill the labor obligations with the teaching profession.”

In recent years, low salaries have caused the desertion of teachers, who are forced to dedicate themselves to other tasks to increase their income. According to figures from the Venezuelan Federation of Teachers, 50% of the 370,000 active teachers have dropped out of school since 2017.