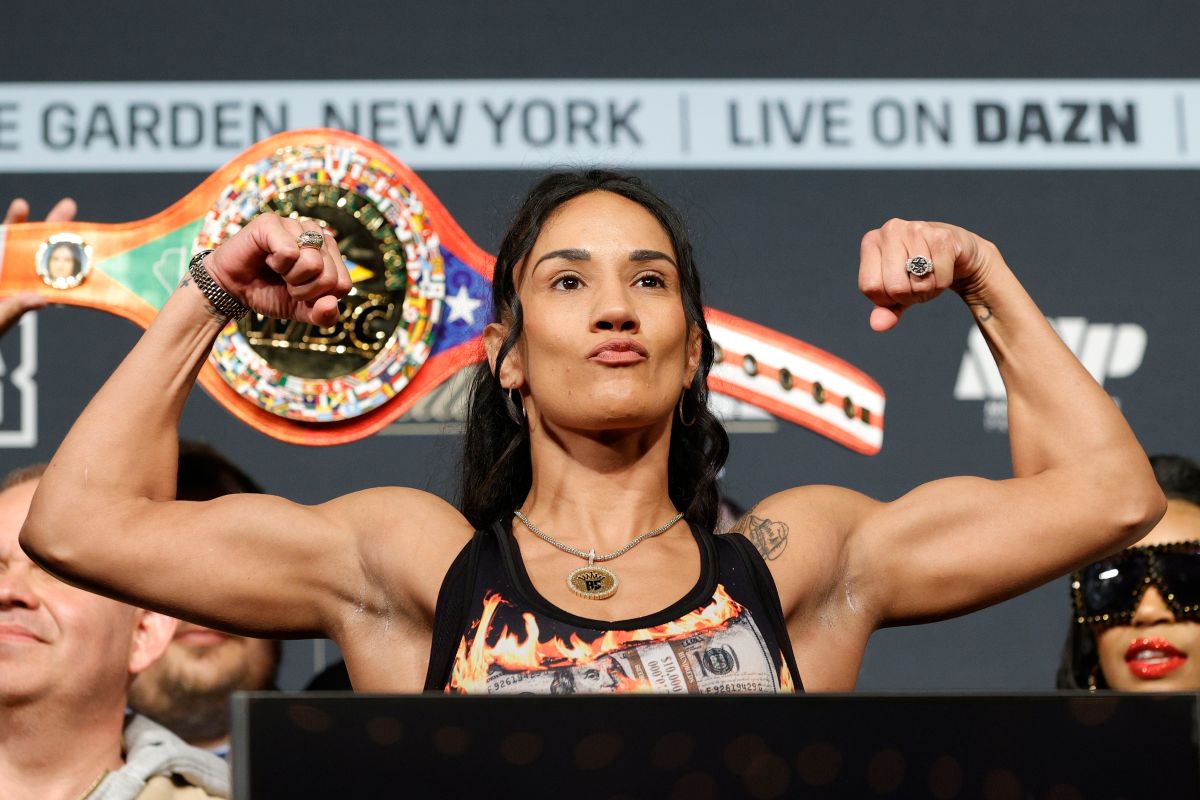 Puerto Rican boxer Amanda Serrano, who this Saturday will face the Danish Sarah Mahfoud in Manchester, Englandstated at the press conference prior to this commitment, that she is happy to be able to open doors for women in this complicated sport.

Serrano, featherweight champion of the World Boxing Council (WBC) and the World Organization (WBO), referred to how complicated it was for women to break through at the beginning of their careers and is glad to see how things have changed for the better.

“It was hard for me and all of us women to break through early in our careers. Now we get more and better opportunities, I am happy to see it, live it and be one of the fighters who open doors for women“, Said the 33-year-old Puerto Rican.

In this fight, the Caribbean woman will risk her WBC and WBO titles with the goal of conquering that of the International Boxing Federation that is in the hands of Sarah Mahfoud. If he achieves his goal, he will only need the World Association belt, which belongs to the Mexican Erika Cruz.

In that sense, the Puerto Rican referred to her main objectives and recognized that these are the ones that motivate her to continue fighting. “Being the undisputed champion is one of the things that keeps me in boxingbeing the first undisputed of my island Puerto Rico is one of my goals”.

It should be remembered that Amanda Serrano was part of the historical billboard for women’s boxing which took place last April at Madison Square Gardenwhere she faced the Irish Katie Taylor but could not defeat her to be absolute champion.

In that sense, it is important to note that that fight also went down in history for being the one that gave the highest prize for women’s boxing since each boxer secured a million dollars just for getting into the ring.

Also read:
– Mike Tyson and the indecent proposal he made to a famous rapper: A Mercedes-Benz in exchange for one night
– Puerto Rican Amanda Serrano affirms that she and Katie Taylor need “a rematch”
– Amanda Serrano sent an inspiring message to Canelo Álvarez in the midst of a strong wave of criticism