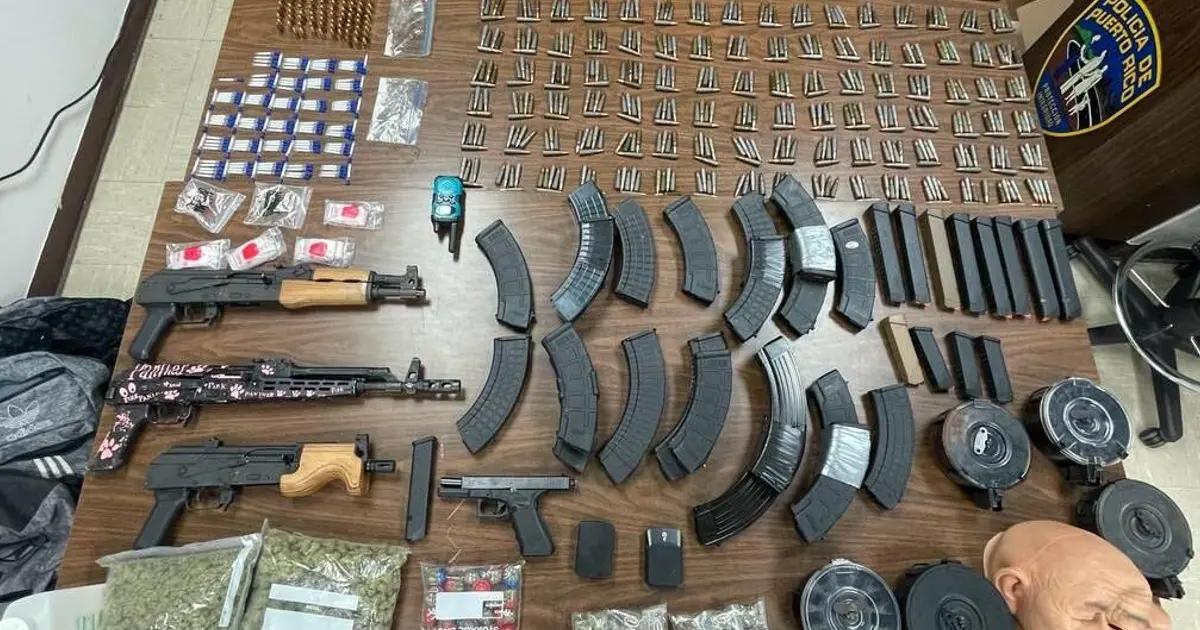 The Intelligence and Arrests Division, together with personnel from the Bayamon area’s Stolen Vehicles Division in cooperation with the Guaynabo Municipal Police, arrested a 25-year-old man, the alleged leader of a criminal organization called “Los Vietnamitas” that operates in the area, in the Zenon Diaz Valcarcel housing development in Guaynabo on Monday afternoon.

According to the Uniformed, the arrested man was identified as Ángel Gabriel Torres Chéveres, alias “Bustercito,” who authorities said is a suspect in several murders in the Bayamón area.

The Uniforms were notified through a tip, and once they arrived to confirm the information provided, they found Torres Chéveres, who was armed. Subsequently, he was placed under arrest, a Glock 9×19 pistol altered to fire automatically, and a white 2022 RAM vehicle was seized.