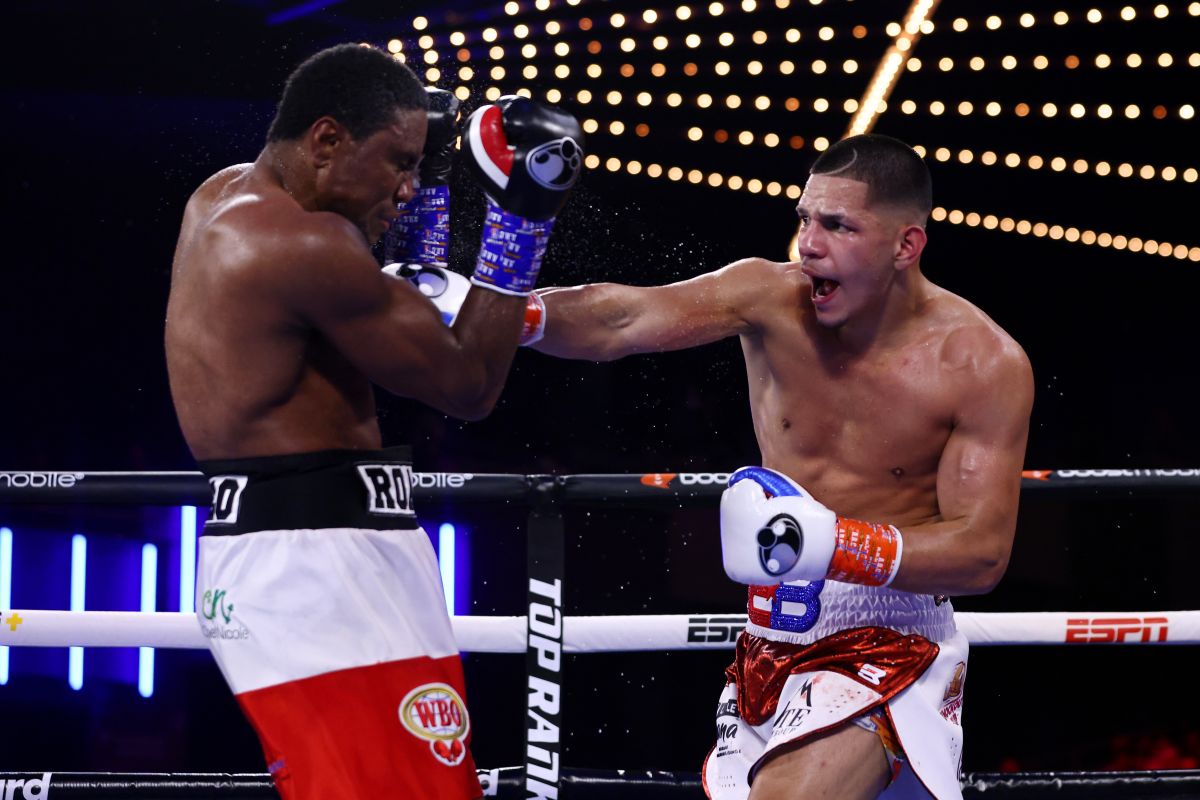 In the middle of the Puerto Rican celebration weekend in New York and with several luxury witnesses in the arena, including Miguel Cotto, the Puerto Rican fighter Edgar Berlanga was about to register his name in the book of boxing infamies when trying to bite his opponent in the middle of a fight from which he emerged victorious.

Considered a future boxing star, Berlanga (20-0) seemed frustrated during round 7 of his super middleweight duel with Colombian Alexis Angulo. After getting hit by a rabbit during a hug, the Puerto Rican went to the neck area and launched a fierce bite near Angulo’s ear. The video doesn’t lie.

Although it is not possible to see if there was a bite, Angulo immediately reacted very angry at Berlanga’s unacceptable attempt, who admitted after the show that he tried to bite his rival.

“He was throwing elbows, and then I was going to do a Mike Tyson on him,” Berlanga said., who received no warning from referee Ricky Gonzalez even though he was very close to the action. When Tyson bit Holyfield in 1997, he was disqualified. Interestingly, Tyson remembered this week the day of the bite.

Although the judges gave Berlanga a very loose unanimous decision on the ballots (98-92, 99-91, 99-91), the truth is that the Puerto Rican received a lot of punishment from a 38-year-old rival and his performance was far from convincing. The man who won his first 16 professional fights by first-round knockout has now had to go the full route in four fights in a row..

His work with the jab and his mobility in the ring allowed him to come out on top against a strong and tenacious man, but with little mobility.

The evening at Madison Square Garden’s Hulu Theater included the presence of Cotto, one of the greatest Puerto Rican boxers in history, who was given the key to the Garden. Cotto will be enthroned this Sunday at the International Boxing Hall of Fame in Canastota, NY.

By the way, Berlanga said the day before that he wants to face Saúl “Canelo” Álvarez, joining a long list of fighters looking for the opportunity.

Read more: Jaime Munguía reacts and knocks out after paying attention to his coach “Terrible” Morales